Once a beloved child star on the popular Australian soap Neighbours, she's devoted much of her adult career to fighting for women's rights. 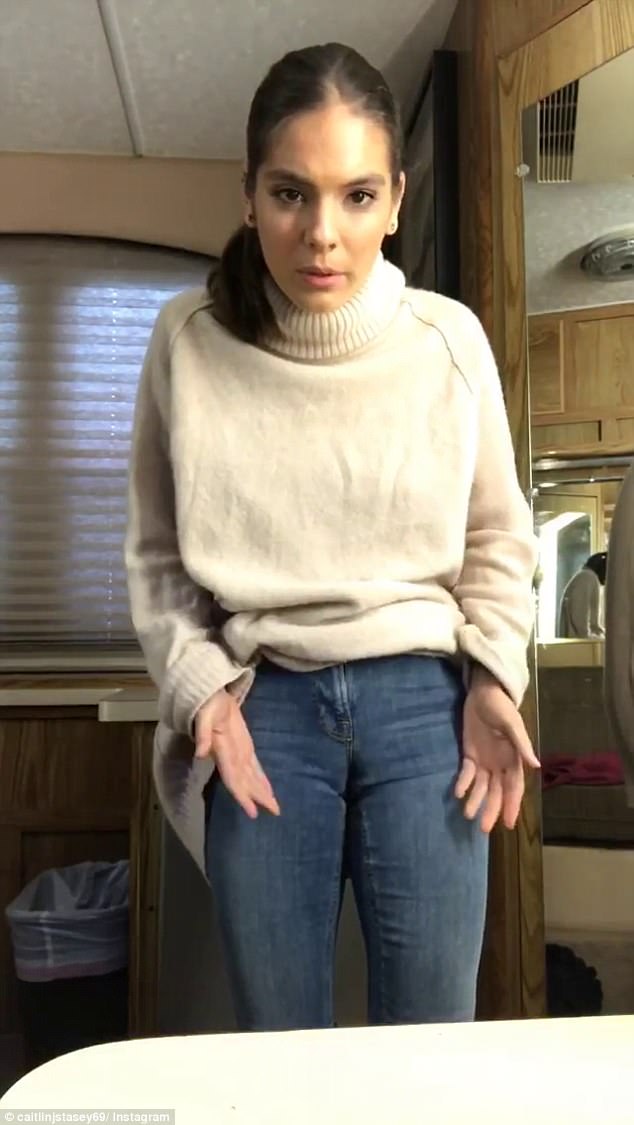 And on Wednesday, Caitlin Stasey took aim at clothing manufacturers for making 'allowances for men's genitalia and not women's.'

In a short Instagram story clip, she demonstrated her point by lifting up her sweater to reveal a pronounced camel toe.

Camel toe - a reference to the animal - is a term used to describe the visible definition of a woman's genitalia that can occur when constrained by tight pants.

In the video, Caitlin stood in front of a camera, wearing a large turtleneck sweater and tight, high-waisted jeans.

'Been having a consistent problem,' she said, motioning towards her crotch.

'I do feel like it's a bit discriminatory, because, like, they make allowances for men's genitalia, but women's jeans do not.' 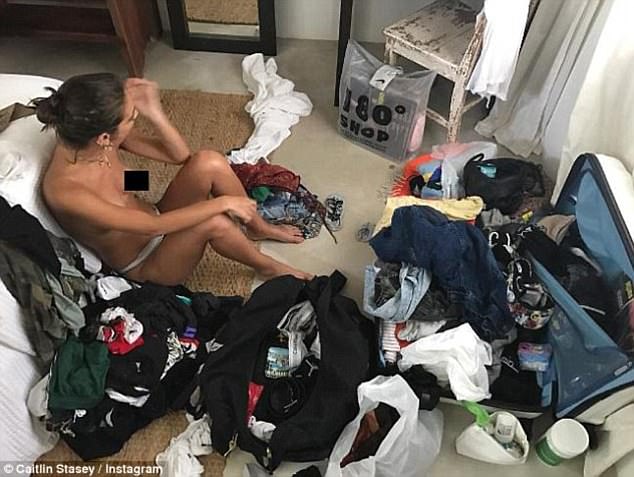 She is a strong advocate for the 'free the nipple movement on social media.

The movement is a gender equality campaign, which ultimately hopes to convince Instagram to change its rules around female nudity.

In 2015, she co-founded the website herself.com, a body confidence project aimed at empowering women through nude photography.