There are still bitter feelings between Justin Timberlake and Jessica Biel in the wake of his hand-holding scandal with castmate Alisha Wainwright last November.

The Sinner actress is 'still upset' with her pop star husband, contrary to stories saying the couple has moved past the drama. 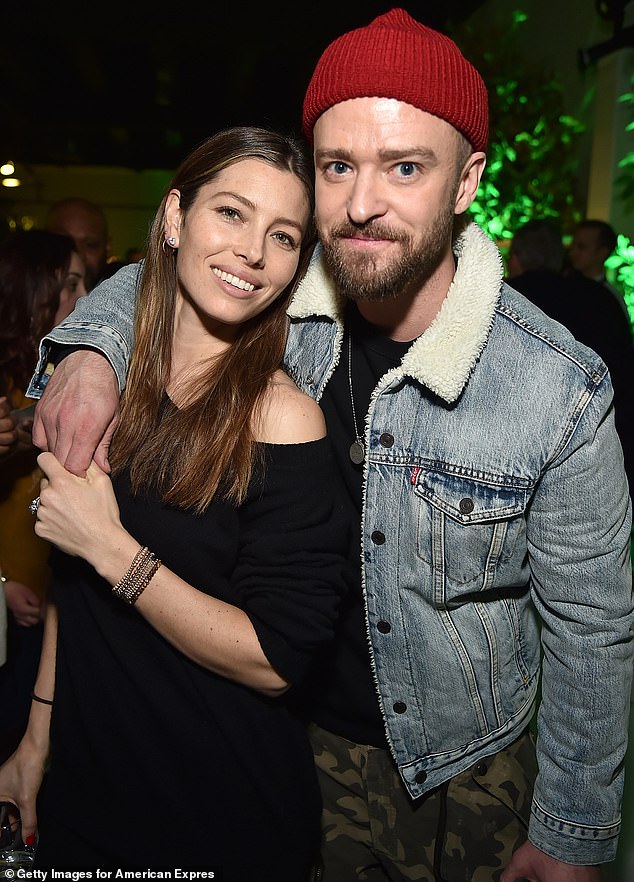 Among the issues, Biel, 37, is angry at Timberlake, 38, for not following through with earlier promises to be 'more involved with the family,' according to Us Weekly.

'He has been making big promises and not sticking to them as much as she thinks he can and should,' a source said.

Another insider contradicted those claims, however, telling the site: 'Jessica and Justin are not in a tense place at all.'

Last week the couple was seen for the first time since Justin was pictured holding hands with his Palmer co-star Alisha Wainwright during a night out in New Orleans.

They shared a quiet dinner together in LA.

Before that, it was reported the couple tried to kick-start their relationship with a staycation at Hotel Bel-Air in LA.

After his minor indiscretion, Justin took to Instagram to issue an apology, owning up to his actions.

In part, that missive posted on December 4th read, 'A few weeks ago, I displayed a strong lapse in judgment - but let me be clear - nothing happened between me and my costar'.

The Social Network star said he had 'drunk way too much that night and I regret his behavior. I should have known better.'

Timberlake added that his behavior 'is not the example I want to set for my son,' referring to his four-year-old son Silas, his only child with Jessica.

He went on to write, 'I apologize to my amazing wife and family for putting them through such an embarrassing situation, and I am focused on being the best husband and father I can be.'