Keira Knightley appeared on Late Night With Seth Meyers on Thursday and told the story of how her prom picture was banned from the dance's photo wall because she had kissed a girl in the shot. 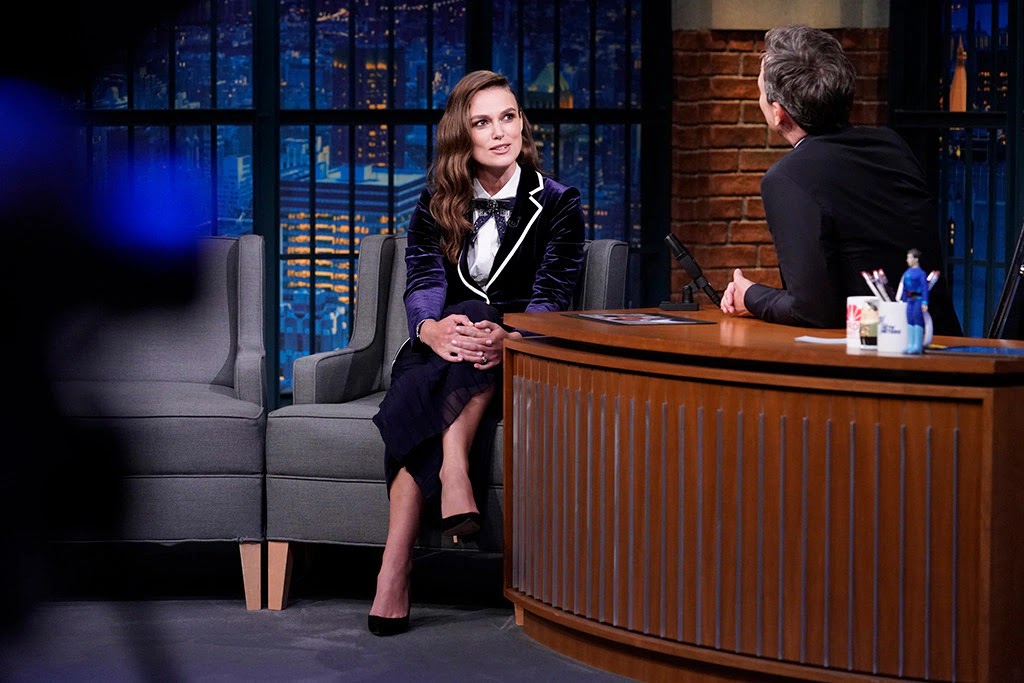 The actress attended the event with her best friend, who was a girl and gay. The two kissed for one of their prom pictures and looked for their snapshot on the event's photo wall. When they couldn't find the picture, they inquired about its whereabouts.

"They said it wasn't appropriate for the wall," she said. "Scandal at 16!"

Knightley previously talked about the night out during an interview with Vulture.

"We both turned up an hour late," she told the media outlet in 2014. "I'd been filming Bend It Like Beckham, and I turned up in leather pants and a crop top, and she was a model for a while, and she'd been in Paris shooting something, and she turned up as the boy. So, she had a black tie with ripped jeans on, and everybody else was completely dressed up, obviously, in that kind of finery. And then we had our picture taken underneath the thing, and she's kissing me, and we were told that that was disgusting. And one of the teachers took us both aside and said we were never going to come to anything if we didn't know how to dress appropriately for events like that. So, that was my prom. We had a great time!"

In addition to discussing her kiss on prom night, the Love Actually star opened up about her kiss with her co-star Dominic West in their new movie Colette. The actor donned a long beard in the film and described their kissing scenes as very uncomfortable.

She also talked about her 3-year-old daughter, Edie, and her recent cursing habit.