More women need to get behind the camera so Hollywood can move away from thinking female characters are either "strong" or "mothering", says Oscar winner Brie Larson.

Kong: Skull Island sees Brie play Mason Weaver, who describes herself as an "anti-war photographer" and is chosen to document a 1970s expedition to Skull Island.

As the fearless Mason, she gets up close and personal with Kong and is the first to recognize he is not the monster the soldiers she is traveling with fear him to be.

"I love that we're seeing stronger women on the screen - but I don't think that's the end of this conversation," she says.

"Because I think that we're more than just being strong or just being mothering. I think there's a whole lot that goes on in between for us to explore."

Asked how things can change, Larson - who is directing her first feature film - adds: "I think the best place to start would be more female film directors - more female film-makers of every different type of race - and we need to get out of these binary ways of thinking.

"We need more intersectionality. We need more unique voices because what directing is, is saying: 'This is how I view the world, and I think the way we can connect and learn more is seeing the world through other people's eyes."

Kong: Skull Island is undoubtedly a classic blockbuster - with a cast including Tom Hiddleston and Samuel L Jackson, impressive special effects, a monster in a central role, and references to seminal war movies like Apocalypse Now, with plenty of shots of helicopters flying across sunsets.

'Being compassionate unites us 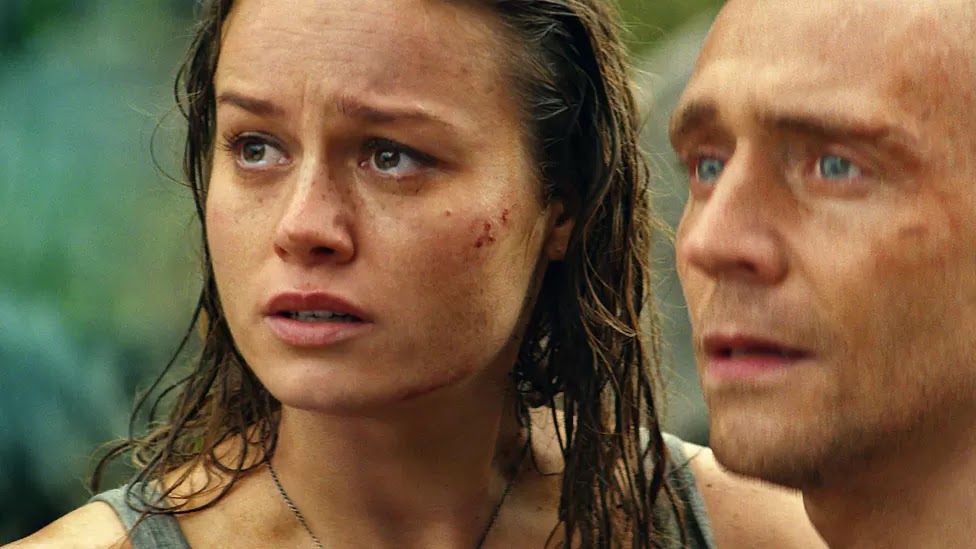 But Brie praises director Jordan Vogt-Roberts for "getting out of the clichés and into complication", adding: "Getting to do that on a film of this size is pretty remarkable".

The 27-year-old says of Mason: "She has a very specific role in this film, being the only one who doesn't have a weapon, as the only one that's not trying to tear this creature or any of the other creatures on this island down. And I think that's a perspective we really need.

"Being compassionate can actually unite all of us much better than dominating and controlling. I think that women innately have that in them.

"What's interesting about playing her is that she is both things in her own way. She's not afraid to speak up. She uses her voice and is willing to put her whole life on the line for what she believes in. But she also has that deep compassion and I think women do have that."

The actress won the best actress Oscar last year for her role in Room, in which her character and her son are held captive and make their own world in the basement in which they live.

Whereas Room required intense psychological training, Brie had to endure tough physical training for her time on Skull Island.

"I spent two months - just like two hours a day of tearing my body down every day, just to be able to physically get through a film like this because you're moving and climbing on so much stuff."

Hiddleston plays Captain James Conrad, a former SAS black ops officer who is drafted in by a mysterious organization called Monarch, to accompany them on their journey to Skull Island.

Monarch is "piggybacking" a mission to map the skull-shaped island, because it thinks it knows what is hiding there, away from the public gaze for thousands of years due to a ferocious storm system that surrounds the land.

Conrad is a muscly action hero - and The Night Manager star admits he's "never played a character like this before", adding it was "new, challenging and exciting".

"I think all actors love the variety of the job," he muses. "And I never wanted to play only one type of role. I really enjoyed playing a man who moves towards selflessness and humility." 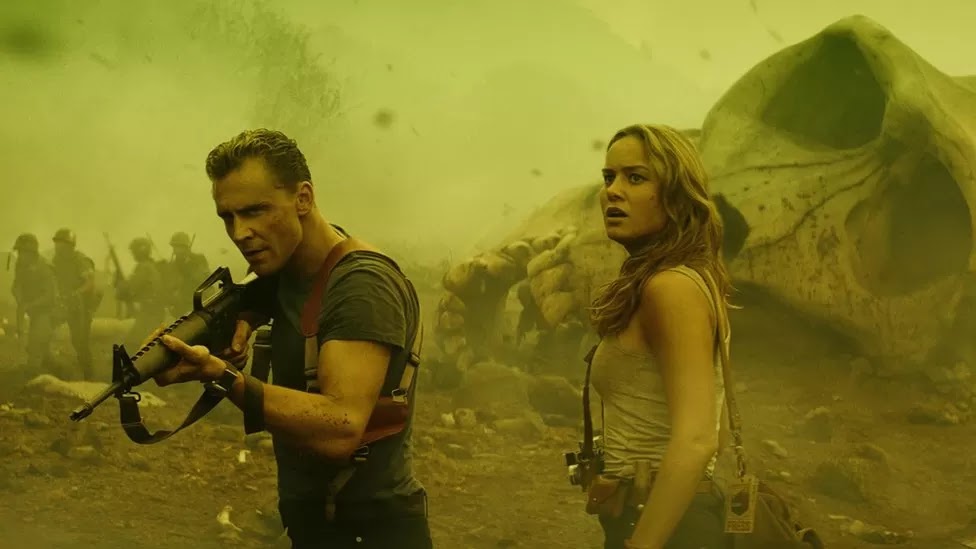 While - rather refreshingly for a Hollywood blockbuster - Conrad and Mason do not share any romantic scenes in the film, they do share the tete-a-tete with 100ft-tall Kong. Or, rather, a green screen.

So how did they imagine their co-star into being?

With the help of good, old-fashioned imagination - and a piece of music, with Hiddleston asking for the evocative Adagio in D Minor by John Murphy, from the film Sunshine, to be played for the scene.

"Brie and I would pick the top of a tree or a cloud in the sky and, with the camera operator, would agree on an eyeline," he said. "The rest of it was pure imagination.

"Trying to picture Kong himself is unreal. Jordan, Brie and I talked about those moments in real life when you come across extraordinary animals in nature."

Director Vogt-Roberts said of that scene: "There are very few moments where you say, 'Okay, that was magic'. That scene happened to be one of those moments."