Born in England and raised in Southern California, Lily Collins, daughter of singer/songwriter Phil Collins, started acting at a young age, with credits that include “The Blind Side” and “Mirror Mirror.” She stars with Alden Ehrenreich in Warren Beatty’s “Rules Don’t Apply,” with Beatty as Howard Hughes. The film bows at the AFI Festival before its big-screen launch on Nov. 23. 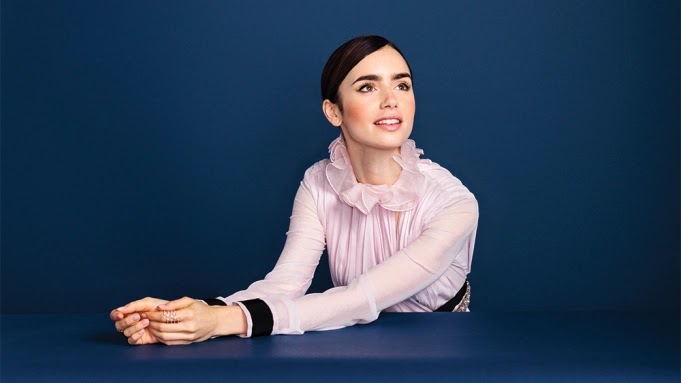 What was it like being on set with Warren Beatty?

He wore so many hats, as director, producer, writer, and actor. He’s so lovely and so mentor to me. You always hope someone will take you under their wing and teach you — when it’s Warren Beatty, it’s like, “Oh my god, how is this real?”

What was the best advice he gave you?

Allow yourself to surprise yourself. And, the instant you give it up to the moment and are present, something happens. But it only happens when you trust the people around you. I trusted him, Alden, and the rest of the cast and crew.

Marla is an extremely optimistic, passionate young woman who comes to Hollywood thinking she knows it all. She thinks she has a certain set of rules to be successful. Through her trials and tribulations here, she realizes it isn’t all that it seems.

Can you relate to her?

Completely. I think she’s very open in her turmoil in the beginning — she’s very vocal about it. Maybe some of the other characters I’ve played have been more closed off, and not been as honest about how they feel, emotionally.”

What was the most interesting thing you learned about Howard Hughes?

I knew the basics. I knew who he was, and I knew his influence in film and in aviation. But I didn’t know he was so forward-thinking — or how political he was, or how vast his influence was. He’s an enigma, but at the same time, he was so present in many facets of different industries.

Has that inspired you?

I’ve always been a firm believer that you don’t have to close one door in order to open another. Howard Hughes had his hand in a lot of different things. And I do other things, like journalism. I’m passionate about speaking out against bullying and speaking up for self-awareness with young people, body-image issues and self-esteem issues. Bystander Revolution [an anti-bullying website] is an amazing outlet for me to be able to express those things and be active.