The actress that we all know and love as Aunt Becky on Full House and Fuller House is in the midst of a huge scandal. Lori Loughlin, mom of YouTuber Olivia Jade, was indicted on March 12 for allegedly taking part in a major college admissions scheme alongside her husband, fashion designer Mossimo Giannulli. The sitcom star was taken into custody on March 13 and appeared in court for her alleged participation in the nationwide scam. Lori was released on a $1 million bail, the same amount as her husband, who is also being charged. 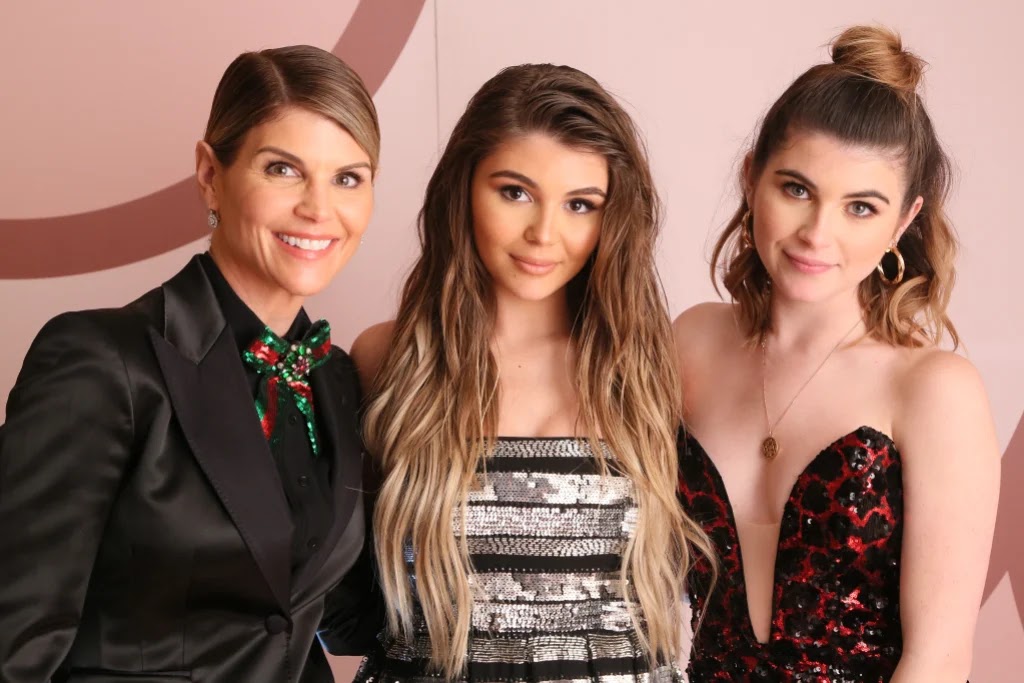 Why was Lori Loughlin arrested?

According to documents obtained by ABC News, the parents agreed to pay bribes up to $500,000 to get their two daughters, Olivia and Isabella Rose Giannulli, into the University of Southern California.

How did the college admissions scam work?

How did they get away with this, you ask? Well, they reportedly arranged for the girls to be recruited by the USC crew team – even though neither of them participated in the sport.

What happened to Lori after she was arrested?

The judge ordered Lori to surrender her passport by December 2019. She will still be allowed to travel within the United States, along with Vancouver and British Columbia, due to work commitments. She could avoid giving up her passport by obtaining a court order.

According to reports by Radar Online, “The judge ordered Lori to be released on the condition that she sign the affidavit of surety and provide the deed for her home by March 29, 2019. She will be subject to pre-trial services provision.”

It’s been reported that the actress has been offered a plea deal. If she takes it, she could get a minimum of two years in prison.

Olivia, who has made a name for herself as a YouTuber, has come under fire in the past for not taking school seriously.

“I don’t know how much of school I’m gonna attend but I’m gonna go in and talk to my deans and everyone, and hope that I can try and balance it all,” Olivia admitted in a YouTube video back in August 2018. “But I do want the experience of like game days, partying… I don’t really care about school, as you guys all know.”

The 19-year-old social media star later apologized for her comments, adding that she wants to focus on her YouTube career rather than her education.

“I said something super ignorant and stupid, basically. And it totally came across that I’m ungrateful for college — I’m going to a really nice school. And it just kind of made it seem like I don’t care, I just want to brush it off. I’m just gonna be successful at YouTube and not have to worry about school,” she explained. “I’m really disappointed in myself. I didn’t mean it that way. I’m sorry for anyone I offended by saying that. I know it’s a privilege and a blessing and I’m really grateful.”

The beauty guru also posted a vlog in May 2018 that documented her last day of high school, where she was doing her makeup and getting ready to go do her school prank.

“I’m, like, excited to go do the school prank,” she said in her video. “But I’m also literally never at school that I think – maybe they forget I go there. I’m just kidding!”

As fans know, Olivia has collaborated with some of our favorite YouTubers, including David Dobrik and Emma Chamberlain. She has almost 2 million subscribers and 1.3 million followers on Instagram. And YouTube isn’t her only passion. The brunette beauty has also released her own makeup collection with Sephora and her own clothing line with online shopping website Princess Polly. She’s also dating singer Jackson Guthy.

What does this mean for Olivia Jade’s career?

Olivia had a partnerships with Sephora, HP and  Tresemmé, but the companies have cut ties with the influencer due to the scandal.

“After careful review of recent developments, we have made the decision to end the Sephora Collection partnership with Olivia Jade, effective immediately,” Sephora tweeted on March 14, after receiving a whole lot of backlash.

A spokesperson then told ET on March 15, “After careful review of recent events, we have decided to end our partnership with Olivia Jade Giannulli.”

What does this mean for Olivia Jade’s education?

Amidst the scandal, USC released a statement on their website, explaining that they’re doing “an internal investigation” on the matter.

“We are conducting a case-by-case review of any students who may be associated with the alleged admissions scheme,” the school said.

Until they come to a conclusion, the school “placed holds on the accounts of students who may be associated with the alleged admissions scheme”

That means any student under investigation, including Olivia and her sister, are banned from registering for classes, withdrawing from the university or requiring any transcripts. And if Olivia or her sister are found guilty, the school explained that they “will take the proper action related to each student’s status, up to revoking admission or expulsion.”

Will Lori still be in Hallmark movies and Fuller House?

Lori has become a big name for Hallmark over the years, but the network has dropped her completely. Not only did she have starring roles in When Calls the Heart, her series of Garage Sale Mysteries movies — but she was also in a whole bunch of Hallmark Christmas movies.

“We are saddened by the recent news surrounding the college admissions allegations,” Crown Media, parent company of the Hallmark Channel, said in a statement. “We are no longer working with Lori Loughlin and have stopped development of all productions that air on the Crown Media Family Network channels involving Lori Loughlin, including ‘Garage Sale Mysteries,’ an independent third-party production.”

As for Fuller House, Lori isn’t expected to be in the Netflix show for the fifth and final season.

Obviously, this is an important lesson for everyone.