They announced their split last month after 10 years together.

Yet Rachel Bilson and Hayden Christensen, both 36, were spending time together in Los Angeles on Tuesday as they continued to co-parent their daughter together.

Leading the way, the Hart Of Dixie star was seen carrying the toddler's coat as Hayden held onto two-year-old Briar Rose and followed on from behind.

Going make-up free, The OC star allowed her natural beauty to shine through, whilst she swept her glossy raven locks up and away from her face in a slick ponytail. 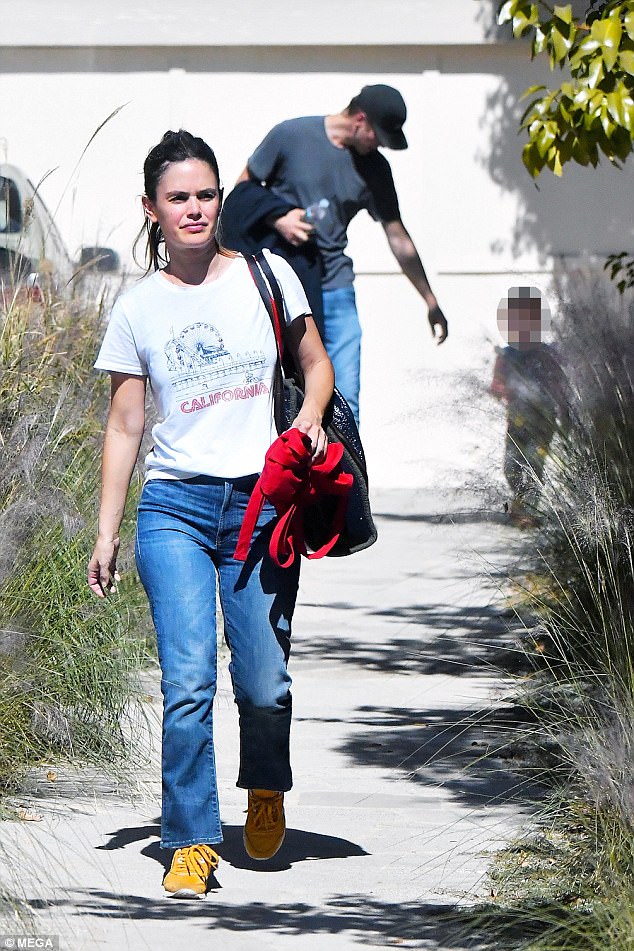 Hayden also kept things casual as he donned a navy baseball cap and T-shirt for the outing with his ex.

Rachel and Hayden announced their split last month, and amid the rumblings of what caused the breakup, insiders told The Blast that Emma Roberts was involved.

Emma and Hayden worked together on the romantic comedy Little Italy, which is slated to be released next year, and Rachel reportedly split with her beau after finding a questionable text exchange between them.

Another issue pulling the longtime couple apart, as sources close to Rachel told People, were differences in personality, as 'Rachel is very outgoing and her friends are very important to her,' while 'Hayden is the opposite' and 'can be very anti-social.'

The source told the publication: 'Hayden never wanted to join her for special occasions, like weddings,' which 'Rachel had to attend by herself. Her friends thought she could do better.'

The two were involved in 'constant conflicts about everyday stuff,' which 'became exhausting and almost depressing for Rachel,' the insider told the magazine. 'It got really bad over the summer and they decided to separate.

'She is living with the baby in LA now. She is a great mom and loves it.'

Rachel and Hayden began dating in 2007 while working on the movie Jumper, getting engaged the next year. After a brief split in the summer of 2010, the duo got back together.