He was left heartbroken when his estranged-wife Mary Elizabeth Winstead embarked on a relationship with Ewan McGregor. 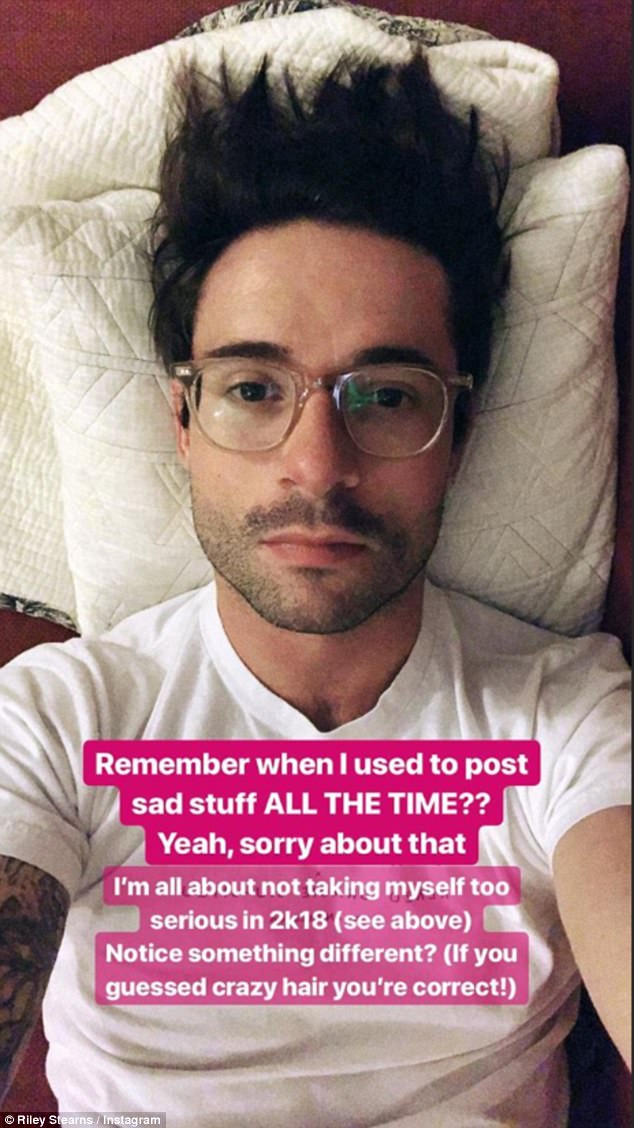 But jilted husband Riley Stearns has vowed to be more positive in the new year as he took to Instagram on Monday with a reflective post.

The snap comes one day after Ewan raised eyebrows by thanking both his wife Eve Mavrakis and his new love - Riley's ex-wife - in his Golden Globes acceptance speech.

Taking to Instagram stories, Riley seemed in a pensive mood as he reflected on the breakdown of his 15-year marriage.

'I'm all about not taking myself too seriously in 2k18 (see above) Notice something different? (If you guessed crazy hair you're correct.)'

Over the past few months, the television writer has shared a number of downcast Instagram snaps as he struggles to move on from the 33-year-old Final Destination actress.

In December, Riley admitted he was still getting used to being called a divorcé – despite still being married to his estranged wife of 15 years.

Sharing on Instagram stories, he wrote: 'Just remembered I got called a divorcé for the first time yesterday. Still not as bad as the word fiancé tho.'

In a fresh blow, Mary's new flame Ewan was awarded best performance by an actor in a limited series for his role as twins Emmitt and Ray Stussy in Fargo at the Golden Globes on Sunday evening. 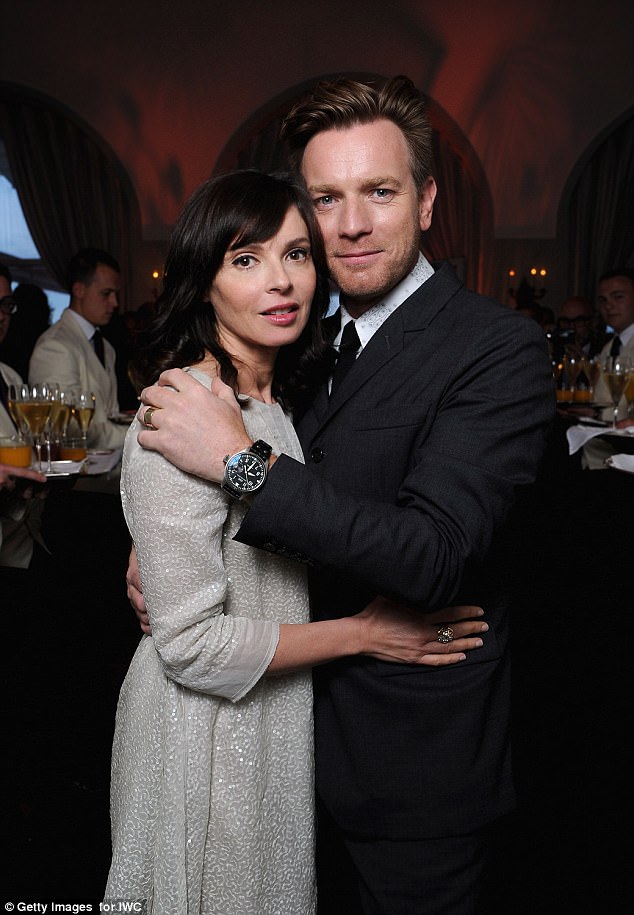 First, the 46-year-old actor thanked his estranged wife of 22 years Eve, from whom he separated in mid-2017.

He said: 'I want to take a moment to just say thank you to Eve, who always stood by me for 22 years,’ he said, 'and our four children Clara, Esther, Jamyang, and Anouk.'

Ewan then went on to mention his Fargo costar Mary Elizabeth who plays his character Ray's girlfriend Nikki Swango and who is now his real-life girlfriend.

He continued: 'I've always loved being an actor and I got amazing actors to hang out with, and there wouldn’t have been any Emmett without David Thewlis and Michael Stuhlbard and Carrie Coon.

'And there wouldn’t have been any Ray without Mary Elizabeth Winstead,' he concluded.

Twitter users were quick to react to the Scotsman's speech, calling it 'gutsy' and 'a first'.

'Ewan McGregor using his speech to thank both his mistress AND his wife he left for her is... gutsy,' one user wrote.

Another added: 'Thanking his wife and the woman he cheated with-thats got to be a first in a speech'

Ewan's separation from Eve, 51, came to light in October, after news of the actor's blossoming romance with Mary emerged.

Earlier in the evening Ewan took to the red carpet solo as he arrived at the Beverly Hilton in Los Angeles.

He showed his support for the 'Time's Up' movement, which is protesting the pervasive culture of sexual abuse that has long had a grip on Hollywood, but which is now being widely exposed.

Eve shares daughters Clara, 20, Esther, 16, Jamiyan, 16, and Anouk, six, with the star and whisked the girls off for a relaxing trip over Christmas and New Year's.

Taking to Instagram last Monday to share a snap from their holiday, the production designer showed the girls taking a dip in the sea as they beamed for the camera.

At this year's ceremony actors and actresses wore black in solidarity with victims of Weinstein and numerous other figures exposed by the harassment and abuse scandal, including Kevin Spacey, Brett Ratner and Dustin Hoffman.