She was one of the best-dressed stars at the Oscars, wearing a stunning 'naked' dress by Armani on the red carpet. 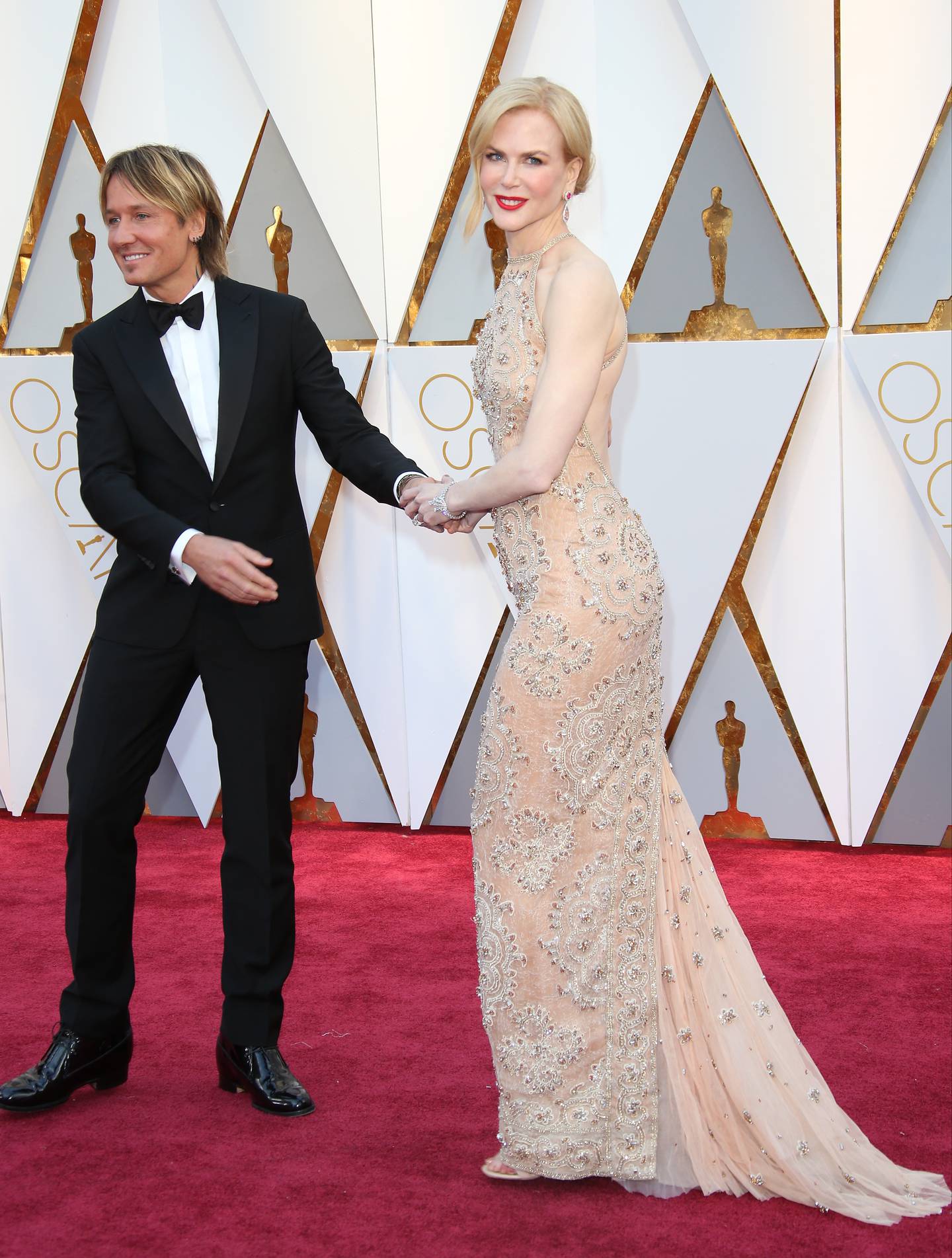 Everyone saw that Nicole Kidman couldn't clap properly during the ceremony ... but the real problem she was having went completely unnoticed.

The Australian actor, 49, who was nominated for Best Supporting Actress for Lion, appeared to break out in a rash around her neck, caused by the straps on her gown.

So what did Kidman do about it? She had the dress altered while the Oscars were still on.

She walked the red carpet wearing the nude-colored frock, which had a cross-back silver detailing that went across her shoulder blades and around her neck.

Kidman, who is married to country singer Keith Urban, was later pictured wearing the same dress but with a completely different neckline.

It had been cut and restyled into a halter neck, tied loosely around her neck.

Despite not winning an Oscar last night, Kidman was all smiles as she left the Dolby Theatre.

And that was probably because her dress was no longer itching.

Kidman was praised for her polished and old Hollywood look at the Oscars.

"She's not going the safe road," von Boehm, who is known for her styling work in Italian Vogue and Harper's Bazaar, said. 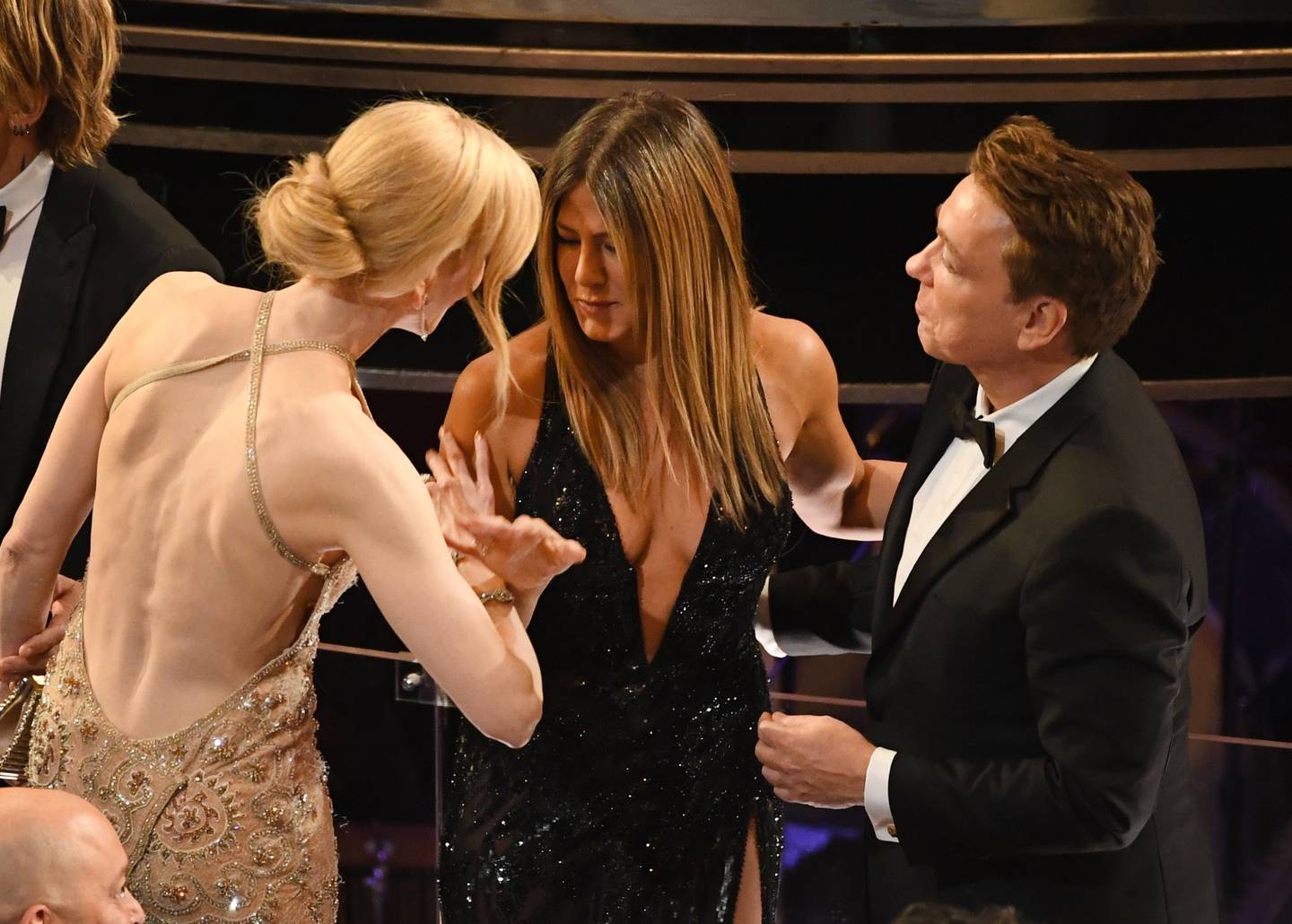 "When I see the shows, I think of them with two brains: my editorial brain and Nicole's brain," she said, according to nytimes.com.

"Sometimes they are one and the same."

She said Kidman is so svelte she fits into catwalk sample sizes.

"We don't need to create a replica for her - she even fits into the couture - which means I don't have to limit myself to just the celebrity pieces a designer offers," von Boehm told the New York Times.

"We can also be very much on point, and on time, with what's happening in fashion."