She is known for commanding the red carpet in an array of stylish looks.

And Olga Kurylenko, 38, was back to her old style tricks as she swapped her haute couture gowns for a chic printed silk coord as she attended the Roma screening at The Ham Yard Hotel on Sunday. 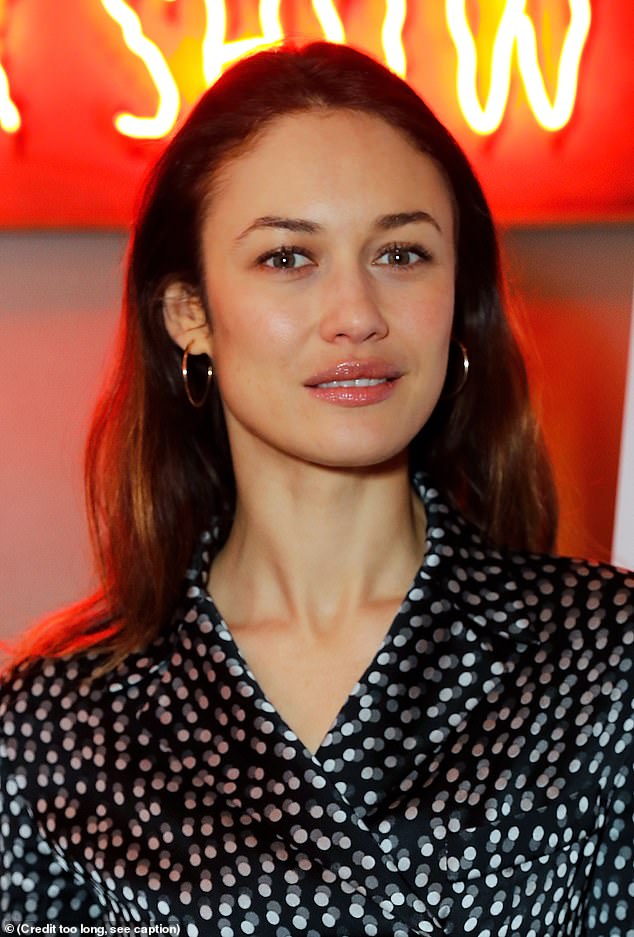 The Russian beauty's pajama-inspired look highlighted her svelte figure as she posed for photos at the cinematic event, hosted by Clive Owen and featured a special Q&A with Mexican film director Alfonso Cuaron.

The striking beauty accessorized her two-piece with a pair of black and white brogues and simple gold hoop earrings.

She worked her brunette locks into a soft tousled style and sported a flawless beauty look for the afternoon with the Gravity director.

Roma is a semi-biographical take on Cuarón's upbringing in Mexico City and follows the life of a middle-class family and its live-in housekeeper. 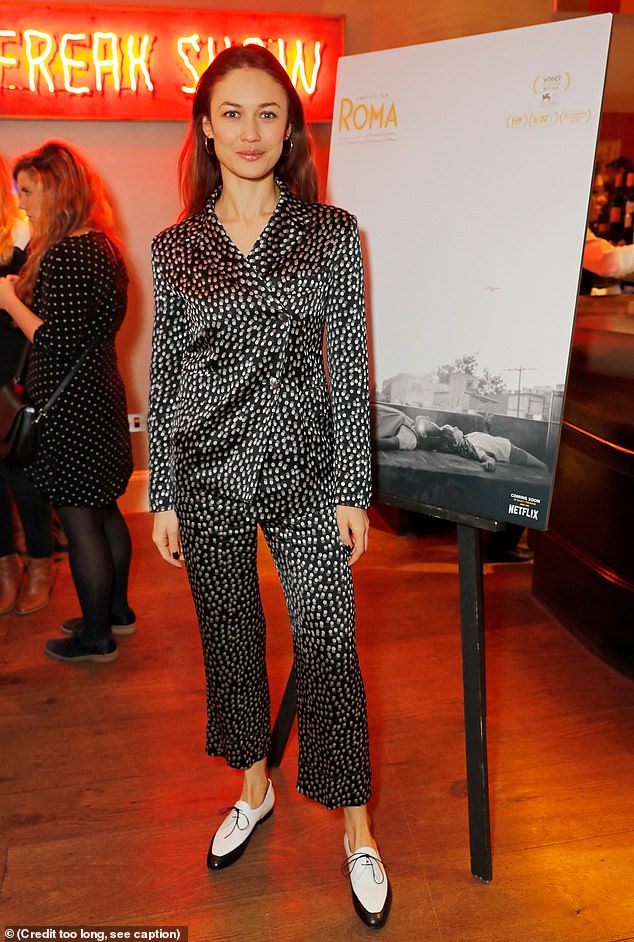 Her appearance comes after she played Ophelia in Johnny English Strikes Again, alongside Rowan Atkinson.

In the flick, released on October 5, fans saw the beloved character tackle the efforts of a criminal hacker, who attempts to reveal the identities of British spies.

Olga is perhaps best known for playing a Bond girl in Quantum Of Solace, alongside Daniel Craig.

But she has previously said that she would like to see a female Bond as a separate franchise.

She told Entertainment.ie: 'Well if there is, it would have to be a separate franchise. She cannot replace James Bond because James Bond is a man. But if they want to do a different franchise, yeah, I’m there! I love a bit of stunt!'