Rami Malek is opening up about that viral 2019 Golden Globes moment with Nicole Kidman — and poking fun at himself.

After Kidman presented Bohemian Rhapsody with the final award of the night at Sunday’s Golden Globes — best motion picture, drama — Malek, who stars as Queen frontman Freddie Mercury in the film, was on stage to accept the award. He was then caught on camera attempting to say hello to Kidman, even reaching out and placing his hand on her back at one point. 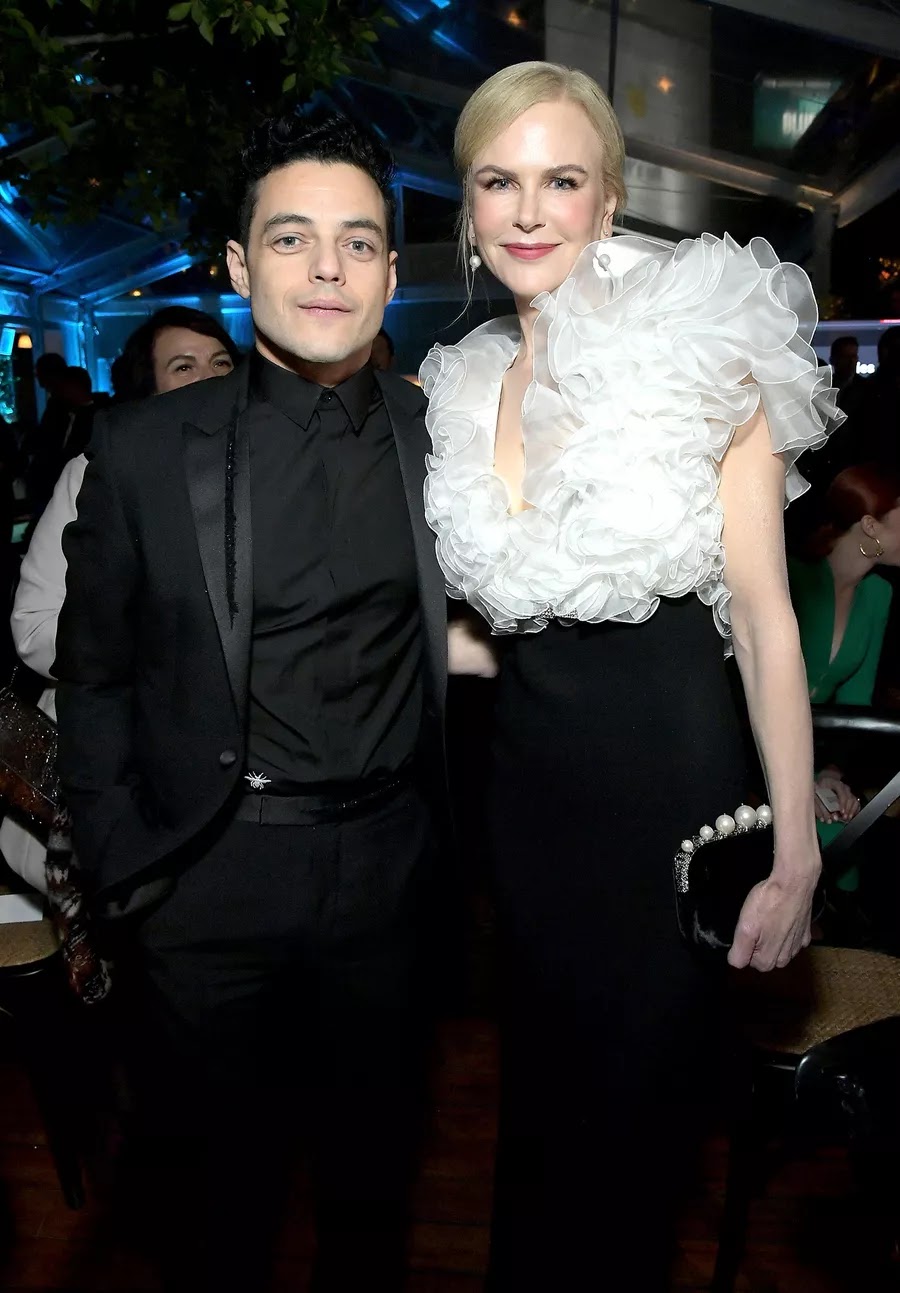 During an appearance on Jimmy Kimmel Live! on Tuesday night, Kimmel showed the actor the clip.

The actor explained that, despite the awkward interaction, the two stars have actually been friends for years.

“I’ve known her for many years, despite as it may seem from that video,” he said. “So I thought I could easily go up and say hi, but in a moment like that, it was very awkward. I have a feeling this is probably haunting me on the internet.”

“Yeah, this is going to be around for a little while,” Kimmel joked.

Luckily, Malek said he did get to talk to one person close to Kidman, who was also nominated, that night — her husband, Keith Urban.

“I got love from Keith that night, her husband, so that was nice. He’s a massive Queen fan.”

Malek won the best actor in a motion picture, drama at the awards ceremony shortly before Bohemian Rhapsody took home the big prize.

In his acceptance speech, Malek said, “I’m beyond moved. My heart is pounding out of my chest right now.”

He then went on to thank the members of the Queen. “To you Brian May, to you Roger Taylor for ensuring that authenticity and inclusivity exist in the music and in the world and all of us.”

“Thank you to Freddie Mercury for giving me the joy of a lifetime. I love you, you beautiful man. This is for and because of you gorgeous,” Malek concluded.