Rihanna's Fenty Beauty campaign is one of the most diverse campaigns we've seen this year. In fact, it's one of the most diverse campaigns we've seen, ever. While it was a long time coming, at this point, it's clear that Rihanna's commitment to casting a spectrum of people has paid off—both in terms of how well Fenty products have sold (like crazy), and in how much it means for people to see themselves represented as beautiful. But as one fan recently pointed out, one of the identities not represented in Fenty's campaigns thus far is trans women. 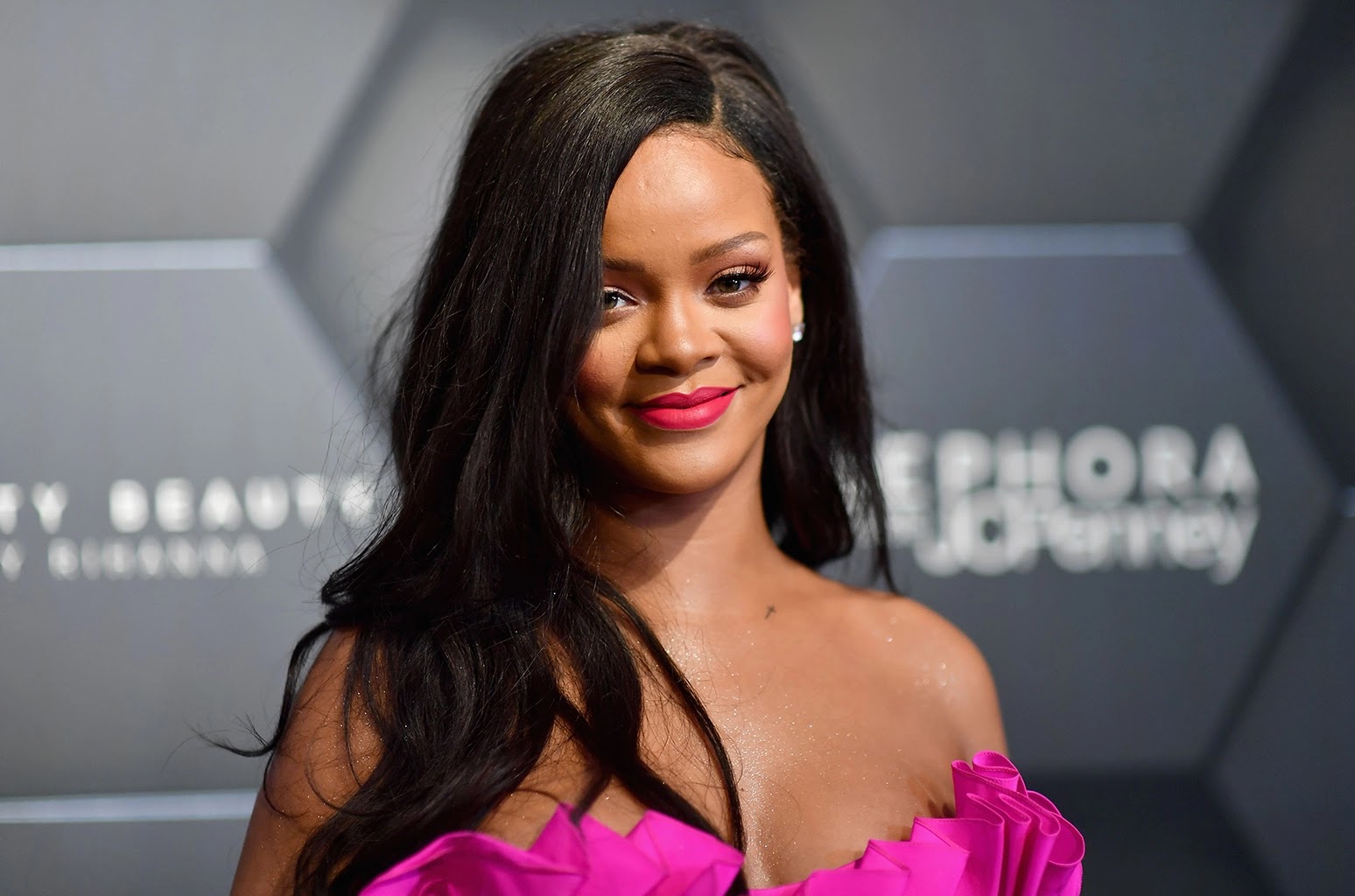 After the fan suggested that Rihanna change that for future campaigns, she responded in her typically transparent style and walked us through her thought process. Reportedly over DM, she wrote, "I've had the pleasure of working with many gifted trans women throughout the years, but I don't go around doing trans castings! Just like I don't do straight non trans women castings! I respect all women, and whether they're trans or not is none of my business!"

She continued: "It's personal and some trans women are more comfortable being open about it than others, so I have to respect that as a woman me! I don't think it's fair that a trans woman, or man, be used as a convenient marketing tool! Too often do I see companies doing this to trans and black women alike! There's always just that one spot in the campaign for the token 'we look mad diverse' girl/guy! It's sad!" 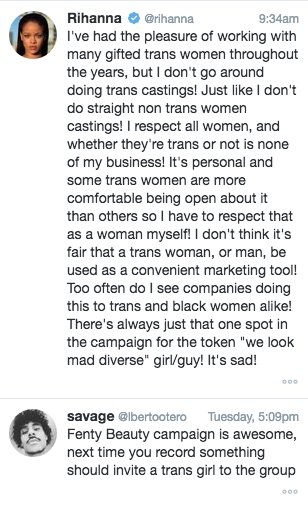 The fan allegedly wrote her back over DM to thank her for explaining her reasoning, along with permission to share their conversation. To which Rihanna replied, "You absolutely didn't babe! Just didn't want you to think I intentionally leave anyone out!"

The exchange remains to be confirmed by Rihanna, although since launching Fenty, she's had a history of sliding into comments. And the response from her fans seems to be mostly positive. "That right there, is why she is well RESPECTED," wrote one commenter. Others pointed out that, even still, there's a need for more trans representation in the beauty community, and Rihanna has a platform to make that happen: "Trans people along with all people that are not white cis men have a long way to go and visibility is key."

It's undeniable that tokenism is still an issue in advertising—let alone if folks outside the young, thin, cis, straight, Eurocentric "norm" are represented at all. That's been changing for the better recently, though, with makeup brands like CoverGirl, Sephora, and Glossier including people of all kinds. We've still got a ways to go, obviously, until diverse castings are no longer news, but the recent campaigns have been a step in the right direction. Given how integral Fenty Beauty has been to furthering that conversation, we'd guess it's only a matter of time until everyone ends up in the Fenty fold. No one knows the workings of Rihanna's mind, of course, but herself. But from what we've seen, she's got our back.