Let’s go ahead and get this out of the way now before the Beyhive comes for us. WE LOVE BEYONCÉ. Like bowing down and worshiping the ground she walks on and the stages, she performs on. Not only is she an amazing performer, but she’s also an amazing and humble person. She donates money to charities, gives back to her hometown of Houston, Texas and physically went back to H-Town and served food to the victims of Hurricane Harvey on the DL. Whoa. That’s like taking holy communion from the Pope himself. 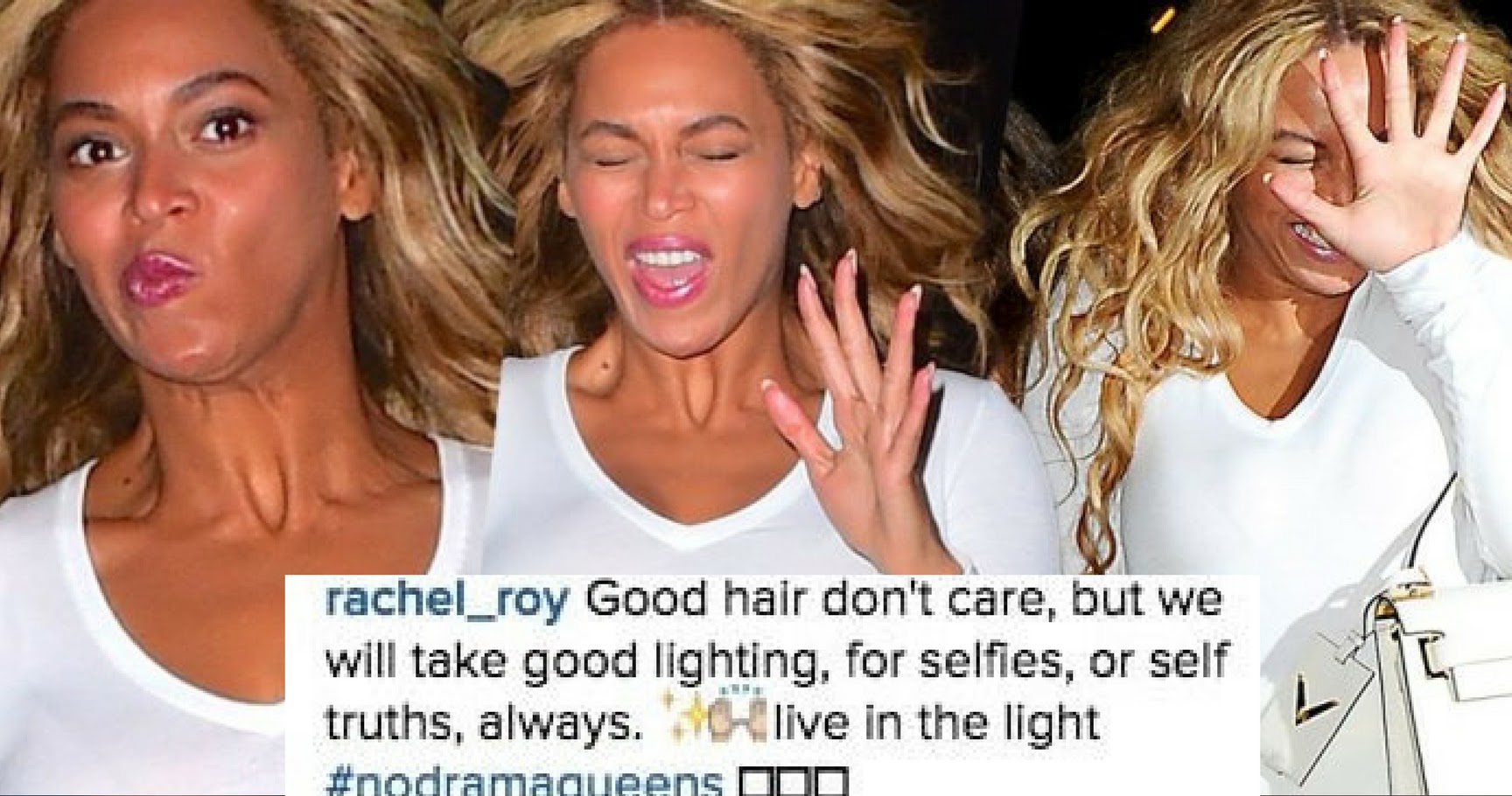 Beyoncé is literally the patron saint of flawlessness—and of keeping her personal life personal. We totally admire her for that. But when you’re as big of a star as Yoncé, scandals—whether you want them or not—are bound to follow you wherever you go. Here are the top 15 scandals we’re pretty sure Beyoncé wants to be deleted from the internet—and her life.

All that Kim Kardashian drama

Boy, the internet sure does love a Beyoncé versus Kim Kardashian scandal. From Kim being the reason why Jay-Z and Kanye aren’t friends anymore to Kim shading Beyoncé’s Lemonade release by posting risqué photos of her and Kanye being intimate together, we’re pretty sure Queen Bey has had enough about with all of it. We have too. We understand it seems cool to pit two women against each other but regardless of how we feel about the Beyoncé vs. Kim drama the fact of the matter is Beyoncé is way too busy queening to care about reality stars. We can't blame her for not wanting to be close to someone who has cameras following them around 24/7. There can only be one queen and everyone, including Kim, knows its Yoncé.

This was one of (the many) internet scandals and cheating rumors that just won’t go away. Jay-Z has been accused of cheating with LOTS of women (see #3) but there was something about the Rihanna rumor that rubbed the Beyhive and the rest of us the wrong way. Perhaps it was because both Rihanna and Beyoncé were on the rise at the same time and they seemed to be two sides of the same coin. Whatever the reason, it was rumored that Beyoncé and Jay-Z had ‘secretly broken up’ because he hooked up with his protégé Rihanna. To add further fuel to the scandal fire, rumors began to swirl that Beyoncé’s songs Ring the Alarm and Resentment were about Rihanna. We may never know the truth.

We had to go way back into the vault for this one. And even to this day, this Beyoncé scandal has us cracking up. We get it. We’ve seen the picture of the concaving of her dress but it’s probably just bad design NOT some lame attempt to cover up the fact that she wasn’t ‘really’ pregnant and was using a surrogate with Blue Ivy. The internet went berserk when the footage was shown of Beyoncé sitting down for an interview and her dress—along with her stomach—seemed to ‘cave’ into itself prompting rumors that there was no way that Beyoncé was pregnant because pregnant bellies don’t do that. The rumor pretty much persists to this day, even though this scandal happened in 2012.

That time she got caught lip-syncing

Beyoncé holds a special place in the Obama family's life. So when she was booked to sing the National Anthem and Star-Spangled Banner on Obama’s inauguration day in 2013 everyone thought to themselves, it’s all good right? We mean, come on, it’s Beyoncé! Wrong. As soon as Beyoncé took the stage and the mic viewers felt as if there was something off. Now Beyoncé isn’t the first person to lip-sync (we all remember the Ashlee Simpson Saturday Night Live fiasco), but this was the first time a major star had done it at such an important event. She later admitted she did, in fact, lip-sync, but being the queen that she is made everyone bow down with her live Super Bowl half-time performance a few weeks later. She also sang the National Anthem a Capella at a pre-game press conference, just in case anyone had a doubt that she could pull it off.

This is the Beyoncé scandal that broke the internet. You knew it was coming because it was the elevator footage heard around the world. The fight between Solange and Jay-Z on an elevator ride from a party is the celebrity scandal to end all scandals mostly because Jay-Z and Beyoncé are so private, meaning they keep their private lives to themselves. We didn’t even see their marriage footage until Beyoncé included a snip in her Lemonade visual album. Both singers have written songs centered around that one incident that shocked the music world not to mention fans of the couple. We’re pretty sure that if there was one thing that Beyoncé could have erased from the internet and pop culture forever, this private elevator footage would be it.

Her relationship with her father

This is one of the scandals that just won’t die. Anytime anything happens good or bad in Beyoncé’s life it seems that her father Matthew Knowles always has something to say about it—and often what he has to say is never good. The animosity and their strained relationship have been ongoing from Bey’s childhood to his management of Destiny’s Child to Beyoncé’s solo career it has always seemed that their relationship was always in turmoil. Beyoncé fired her father as her manager when it was reported he was stealing money from her. Her father has come out and said all the cheating rumors between Yoncé and Jay-Z were marketing ploys for their “On the Run” tour. He’s even gone on record saying Beyoncé is older than she is (see #2).

Beyoncé is way older than she says

We know. This one threw us for a loop, too. But apparently, this scandal has been going around the internet for a while. Because not only did Beyoncé’s father come out in 2015 and say that Bey was older than she says she is saying, “She’s the same age as P!nk” but other people have supported this crazy theory. A person working for the Texas Department of Health claimed Bey’s birth certificate says she was born in 1974 which would make her 43. But what really sent the world buzzing was when actress Gabrielle Union told reporters that her and Beyoncé used to hang out as teenagers. No biggie right? Well, it is when Gabrielle is 42 and Yoncé is supposed to be 36.