There has been a wave of allegations in Hollywood and the entertainment industry over the past few weeks, with many powerful men accused of anything from sexual harassment to sexual assault by a huge number of both women and men. Some of the biggest names accused include Harvey Weinstein and Kevin Spacey, whilst 'Supergirl' series showrunner Andrew Kreisberg was recently accused of sexual harassment by a number of women. 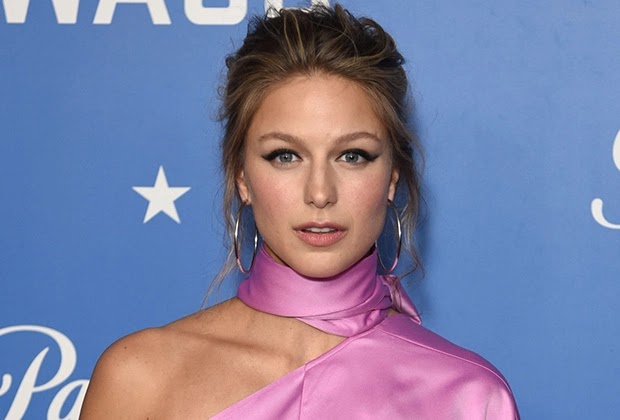 Having served on all of The CW's DC superhero shows - which also include 'Arrow', 'The Flash' and 'Legends of Tomorrow - Warner Bros. made the decision to suspend Kreisberg whilst the accusations against him are investigated. They include kissing women without their permission and demanding massages from female staff.

Kreisberg denied the allegations and said in a statement: "I have made comments on women’s appearances and clothes in my capacity as an executive producer, but they were not sexualized."

The lead star of 'Supergirl', Melissa Benoist spoke out about the goings on in Hollywood right now and threw her support behind those who are now brave enough to state what they have been through.

Taking to her Twitter account, Melissa starts: "I am a woman who leads a show that supports equality and feminism, empowerment, and fighting for what is right. I have always tried to conduct myself this way personally, as well. Sadly, the show and my career are a part of an industry that doesn't always mirror these sentiments. This is heartbreaking, and at times makes me feel helpless. I know I'm not the only one who feels this way."

Then stating that she is an "optimist" who believes that "lasting change is possible", she continues: "when people are mistreated, they should have a safe forum to speak their truth and always be heard. And when people commit crimes or harass others they should always be held accountable-no matter what industry they work in or how much power they wield. I've spoken up about it in the past-publicly and not so publicly-and I'll continue to do so. All of us should, without fear or shame. We all need to hold ourselves to a higher standard. So this week, I'll head back to work on 'Supergirl;' even more committed to being a part of changing the norm by listening when people speak up, and refusing to accept an environment that is anything less than a safe, respectful, and collaborative space."

Her fellow DC TV alum Emily Bett Rickards also took to Twitter to add: "To the men who committed harassment, who perpetuated rape culture, who turn a 'blind eye', and complain about 'reverse sexism': you are weak and complicit. To the women who found the strength to speak up. To the women who supported one another and to the women finding their voice: You can. You are heroines."

Exactly where the Kreisberg case goes from here remains to be seen, but following the statements from both Benoist and Rickards, it would be strange to see him return to either of their respective shows in the future. We think this one could roll on for some time.