The problem with “The Assignment,” Water Hill’s neo-noir action thriller about a hit man-turned-woman against his will by a vengeful doctor, is all in the title.

Originally known as “(Re)Assignment,” the title is based on an outdated surgical term, “gender reassignment,” now known as gender confirmation surgery. The change reflects that transgender individuals who choose to undergo medical transition are confirming their true gender identity, not re-assigning it.

In “The Assignment,” which follows Frank Kitchen (Michelle Rodriguez) as a hitman who receives surgery against his will by a vengeful doctor named Rachel Kay (Sigourney Weaver), using the accurate terminology would be inaccurate. That should give you a hint as to why “The Assignment” is exploitative, insulting, and dangerous to trans people. 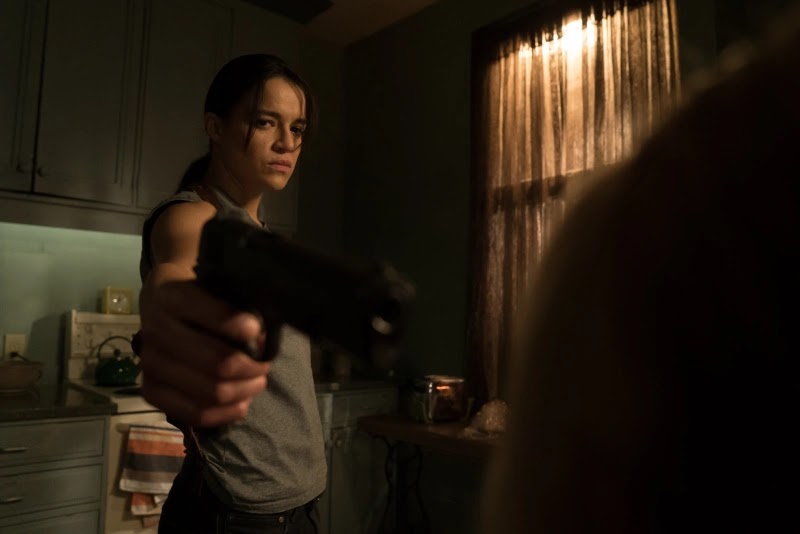 Trans rights and good-taste advocates alike delivered their disdain swiftly and loudly when the first trailer for Walter Hill’s movie dropped in 2015. The fact that it starred two iconic actresses beloved by the LGBTQ community was salt in the wound. (Rodriguez is an out bisexual who got her start playing a tough teen in “Girlfight,” and Weaver has been a lesbian favorite ever since playing strong independent scientist Ripley in “Alien.”) The A-listers were likely enticed by the chance to work with Hill, a producer of almost every “Alien’ movie and director of late ’70s classics “The Driver” and “The Warriors.”

Here are some of the worst offenders:

When Dr. Kay says that women are, “In many ways, it’s been said, the most splendid of God’s creatures.”

Women don’t want your pedestal. The idea women are all beautiful, precious creatures is rooted in puritanical views that also thought of women and girls as mens’ property. Besides, calling women God’s splendid creatures sounds like the kind of thing someone would say right before checking if your hymen is intact.

When Dr. Kay tells Frank: “I have liberated you from the macho prison you’ve been living in… You’ve been a very bad man. This is your opportunity for redemption.”

The entire premise of this movie is that turning a man into a woman is a punishment. Because for a straight cis man, being a woman is the worst possible thing that could ever happen to him. Not only is this intensely anti-woman, it assumes a binary view of gender (the idea that there are only two genders) that most trans people would like to demolish.

Dr. Kay, speaking of discrimination she faced at medical school: “And I was a woman. That made it worse.”

Again, Dr. Kay represents the idea that being a woman is a burden, and the movie insinuates that her role as a woman in society is what made her lose her marbles and start performing back-alley surgeries. Her interrogator, Ralph (Tony Shalhoub), at one point theorizes that she never got laid enough, prompting her to prove her sexual credentials in an unbelievable and odd exchange. In addition, she is costumed in ties and suit vests, with short hair slicked back behind her ears. It seems a particularly cruel and unusual punishment to give lesbians the gift of seeing Weaver in a suit, but wrap it in such offensive packaging.

When Frank wakes up from his abduction, he is wrapped in strategically placed white gauze bandages. Unwrapping his face, there is no bruising or scarring, only a beautiful Rodriguez. (Acting as hard as she can, Rodriguez twists her face in anger at suddenly being a woman.) The bandages around her perfectly healed breasts are wrapped in an X across her body, like a rejected costume from “Xena: Warrior Princess.”

When Frank’s love interest, a nurse named Johnnie (Caitlin Gerard) says of a patient: “Every time I change his IV, he grabs my butt. I don’t mind. He’s sweet and he’s on his way out.”

Because women “don’t mind” being molested at work, as long as the dude is sweet. This movie can’t decide if it’s unadulterated male fantasy or nightmare. Either way, it’s made for, by, and about men.

When Frank gazes sadly where his penis used to be and tells Johnnie, by way of seduction, “I’ll do what I can.”

HA! Because it’s only sex if there is a penis going into a vagina! What the hell do you gals do in bed, anyway?

When Frank asks a doctor about his genitalia: “Can I get off with whatever this is?”

This is probably one of the most viscerally dehumanizing moments in the film, tantamount to calling a trans person “it,” as if they were some kind of freak of nature. It’s hate speech like this that leads 40 percent of transgender people to attempt suicide.

Dr. Kay’s big expository speech at the film’s end: “I wanted to reinforce the theory that if gender is identity, then even the most extreme medical procedure will fail to alter the essence. And this proved to be true. Frank Kitchen is still very much the man he was, because he believes himself to be the man he was.”

As this speech shows, Hill genuinely seems to think he is grappling with gender in a meaningful and positive way. Rather than just chalk the strange premise up to a science-fiction plot twist, the movie attempts to justify itself with this half-hearted explanation. This idea is echoed in the defensive interviews Hill, Weaver, and Rodriguez gave leading up to the film’s release, where Hill stated that Frank is not transgender, but that “he’s forced into a body into which he does not identify with.”

Such shoddy explanations only further prove that Hill had no business making this movie in the first place, which he admits himself: “We had no idea when we were getting ready to make the movie that this was going to be a volatile subject.”