The first trailer for Bombshell is here, and if the intense teaser is anything to go by, it is likely to be a huge hit. Starring Nicole Kidman, Charlize Theron, and Margot Robbie as three Fox News journalists, Bombshell are based on a real-life scandal that took place in 2016. Find out everything you need to know about the truth behind the new film here. 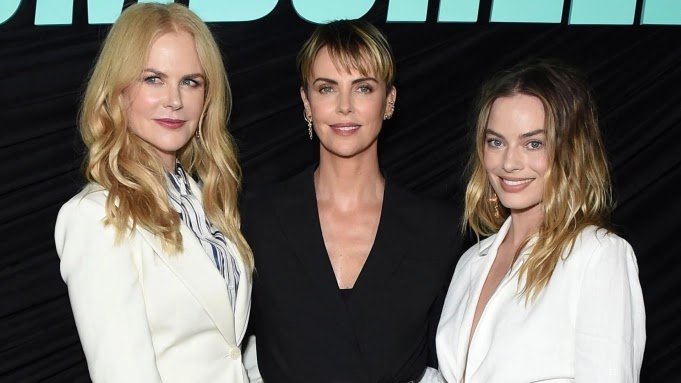 The film sees Charlize play journalist Megyn Kelly, Nicole playing Gretchen Carlson, and Margot as a fictional producer of Fox News, Kayla Pospisil. Both Megan and Gretchen were at the center of the sexual misconduct allegations against the Fox News executive, Roger Ailes, and fought back after accusing him of inappropriate behavior in the workplace back in 2016. The accusations against the former executive, who passed away in 2017, along with many other women, led to his resignation in June 2016.

In Megyn's 2016 memoir, she alleged that Ailes once tried to grab her and kiss her, and would make inappropriate comments toward her. In a statement through his attorney, he said at the time: "I categorically deny the allegations Megyn Kelly makes about me. I worked tirelessly to promote and advance her career, as Megyn herself admitted to Charlie Rose. Watch that interview and then decide for yourself. My attorneys have restricted me from commenting further—so suffice it to say that no good deed goes unpunished."

Speaking about the film on Twitter, one person wrote: "Never would I think about I’d be this excited for #FoxNews the movie but here we are. #Bombshell looks absolutely unnerving, in the best way and so little happens in the teaser but it still felt captivating." Another person added: "Ok so the #Bombshell trailer just played... Short but love the vibe it’s selling; Theron looks incredible as Megyn Kelly. This just shot into my top 3 must-sees for the rest of 2019."