In the words of her 2011 single “Like A Bird,” Tiffany Trump just wants “serenity while living it up.” Unfortunately, social media users seem less than willing to give Tiff the serenity she so presciently desired.

In the week leading up to Donald Trump’s inauguration, his daughter—no, the other daughter—is making her own, predictably modest headlines. While Ivanka Trump has been busy distancing herself from her eponymous brand and preparing to take on D.C., Tiffany has been spotted out and about with the Snap Pack, a motley crew of Kennedys, Hiltons, aspiring DJs, and dedicated Upper East Siders. When they’re not making Snapchat stories about their live-in nannies or generally making millennials look bad, this heavily-profiled gang can be found posing for group pics at NYC hotspots. On Tuesday, one of these bonding rituals/photo ops caused a minor scandal, when actress Abigail Breslin Instagrammed a shot from ringleader Andrew Warren’s birthday party. In the divisive social media post, Breslin shares the frame with Tiffany Trump and the birthday boy/fashion designer/self-proclaimed “Kris Jenner of the group.” 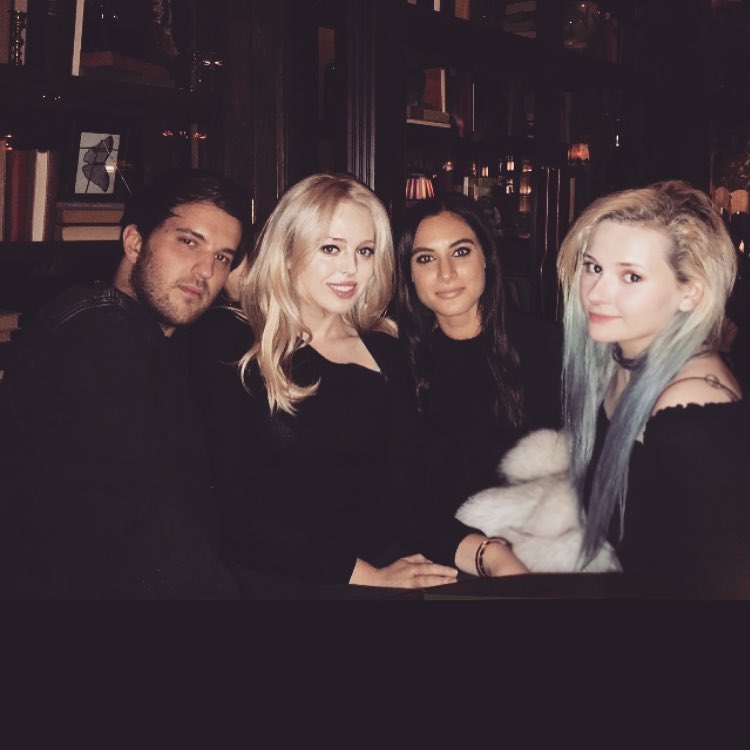 It’s easy to begrudge rich kids—literally, these are the Rich Kids of Instagram—who are editing their photos while the world burns. But even I, a person who had no idea that Little Miss Sunshine’s own Abigail Breslin was currently rocking a blue ombré, wasn’t surprised or shocked by the Instagram, seeing as Trump and Breslin have been photographed before on multiple occasions. Of course, with pre-apocalyptic tensions running high, Breslin probably didn’t pick the best time to feature the soon-to-be second daughter on her social media. The actress’s Instagram was quickly met with virtual vitriol; select comments include “Wtf Abigail?” and “Ok I’m not usually one to say anything but why is that scum rat in your life?” These negative Nancy naturally gave way to tone-deaf Trump supporters, sparking a boisterous back-and-forth that totally eclipsed the issue of Abigail Breslin’s dip-dye. Also, hardly any of the comments actually addressed Andrew Warren—one of the perils of posing for pictures with more famous friends.

In keeping with the celebrity trend of screenshotting from the iPhone Notes app, Breslin decided to address the hate head-on with a follow-up Instagram. In the brief, abbreviation-laden missive (abbrevs are hip and time is money), the actress went after “everyone who’s being horrible and disgusting to me rn,” adding, “I didn’t vote for trump. It’s none of anyone’s business, but I didn’t.” Once that was out of the way, Breslin got to the meat of her argument—namely, that rich kid birthday parties are both sacred and apolitical. “It is honestly disgusting of people to be so cruel about tiff who is a wonderful and kind person,” she explained. “If you’re judging me for hanging out with someone I’ve known for years at our friends bday party, you need to reevaluate your life.” Why can’t the (presumably liberal) Tiffany critics get on board with the notion of a bottle service-friendly, flatteringly-lit safe space? And what does it feel like to reevaluate your entire life based on an Abigail Breslin Instagram?

The Scream Queens actress covered all of her bases with a series of similar tweets, writing, “ALRIGHT Everyone commenting mean shit on my last install, I have known Tiff for years she’s a beautiful soul and regardless of our political views, do not take it out on her it is completely unfair…Also, I would like to ask every single person on here how they’d feel if they were persecuted solely based on the actions of their parents.” 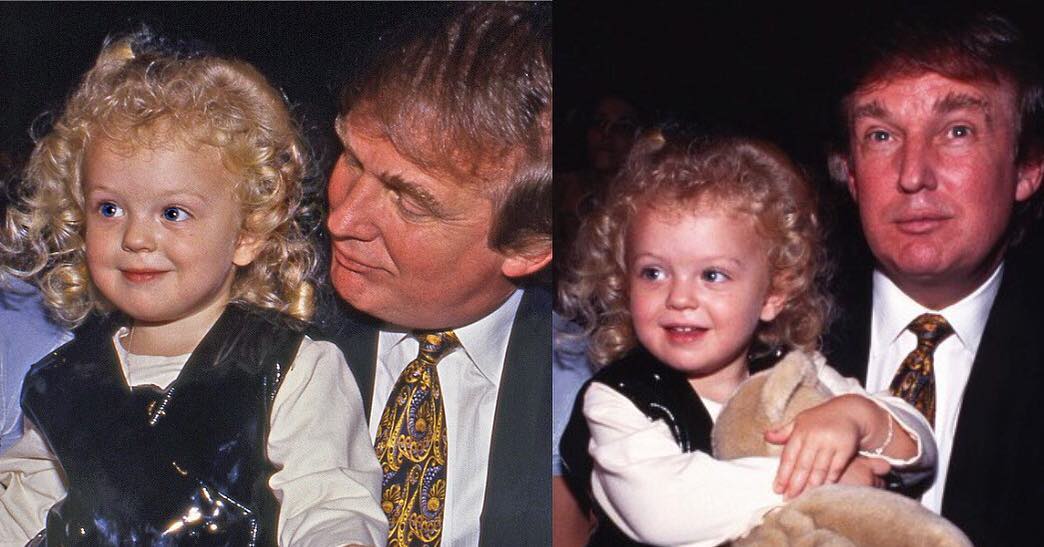 It’s safe to say that criticizing Tiffany Trump for the sins of her father is below the Gucci belt. Unlike Ivanka, whose sophistication and ready-to-wear sheath dresses mask a potentially dangerous political operative, Tiffany has been a disposable prop throughout her father’s campaign. Tiff has been referred to as the Jan Brady of the Trump family more than once—and really, once is already one time too many.

The 23-year-old was raised on the west coast, far from her father and half-siblings. Her mother Marla Maples, told The New York Times that, “I had the blessing of raising her pretty much on my own.” During Greta van, Susteren’s one-hour special on the Trump family last summer, Tiffany was the only adult progeny who didn’t score a one-on-one interview. She was, however, mentioned briefly: “There is also Tiffany Trump, who keeps a low profile.” Trump himself has expressed pride in all of his children, including Tiffany—just, “you know, to a lesser extent.”

“I don’t know what it’s like to have a typical father figure,” Tiffany once confessed. “He’s not the dad who’s going to take me to the beach and go swimming, but he’s such a motivational person.” Of course, much of this distance was physical—unlike Ivanka, Tiffany simply didn’t get the face time necessary to foster a strong relationship with her father. Growing up, Tiffany mostly saw her dad on spring break at Mar-a-Lago. Trump would also visit her in California, occasionally, “Whenever Tiffany got an award.” This chilly portrait meshes well with Tiffany Trump’s RNC speech, during which she described her father in the way that a teenager might describe their great uncle or a particularly dedicated pen pal. For around five minutes, Tiffany recalled how her father would write notes on her childhood report cards. But that’s not all! Apparently, he also called her once. She added that Donald gave good advice, before clarifying that “he keeps it short.” For better or worse, Trump wasn’t actually present to watch his daughter try to conjure up some positive memories of him—he had already flown back to New York.

In addition to awkwardly dodging kisses from her father, Tiffany Trump has a fairly long list of accomplishments. She graduated from the University of Pennsylvania and has been spotted touring Harvard Law School. She has a boyfriend—a Hillary Clinton supporter—and is reportedly far more studious and serious than the rest of her social media-friendly crew. A reporter who trailed the Snap Pack for a story admitted that she was impressed by Tiffany’s good rearing: “When I would ask about her, she would say: ‘How about you? What’s your job like?’” Andrew Warren, who has known Tiffany since they were toddlers, describes her as “the southern belle of the group even though she isn’t from the South,” which presumably just means that she doesn’t grab, insult, and intimidate like her distant father.

Like Breslin, Warren has also defended his newly polarizing pal. In November he took to Facebook with an impassioned plea to leave Tiffany alone. “I know people have strong opinions, but think about the time @tiffanytrump, who has been my best friend for as long as I can remember, is going through,” he wrote. “This isn’t a post to support or not support Trump, Hillary, or anyone else…I’m just here to be there for my best friend—again not to start a political war.” Now if Tiffany could just convince all of her semi-famous supporters to attend Trump’s inauguration, she might actually be able to get her father’s attention.