On the surface it looks like a simple case of mistaken identity. It turns out Victoria Beckham mistook Thandie Newton for Zoe Saldana when they bumped into each other while working out in L.A. Mortifying for Beckham, a bit awkward for Newton, but no more harmful than that, right? I'm not so sure. I wanted to believe it, after all VB is my favourite Spice Girl, I even dressed up as her for my sister's hen do, such is my love. But when I heard Newton's story about the designer confusing her for another black actress, Saldana, I felt a familiar discomfort crawl into my stomach.

Here's what Newton said when discussing the mishap on The Graham Norton Show: "Recently I was in SoulCycle in L.A. and Victoria Beckham who I have actually met a few times was there. We were chatting away when she said, 'It’s so great that you are here when you are pregnant.' I said, 'I actually had my baby a couple of months ago.' We carried on chatting and it was obvious she thought I was someone else so I said, 'Do you think I am Zoe Saldana?' Victoria was absolutely mortified!"

Look, I don't want to have a go at VB, unfairly. She's an easy target, especially when it comes to a certain flavour of sexist criticism. She's constantly accused of being sour-faced, with many Royal Wedding commentators noting the contrast between her husband David's smile and her more serious expression, as she arrived at St George's Chapel on May 19. I guess everyone forgot it's 2018 and we're supposed to be past all that "cheer up love" and "smile it might never happen" stuff. But while I'm sure when she mistook Newton for Saldana, Beckham made an honest mistake, that doesn't mean she deserves to be let off the hook, or that her faux pas can't illuminate others. 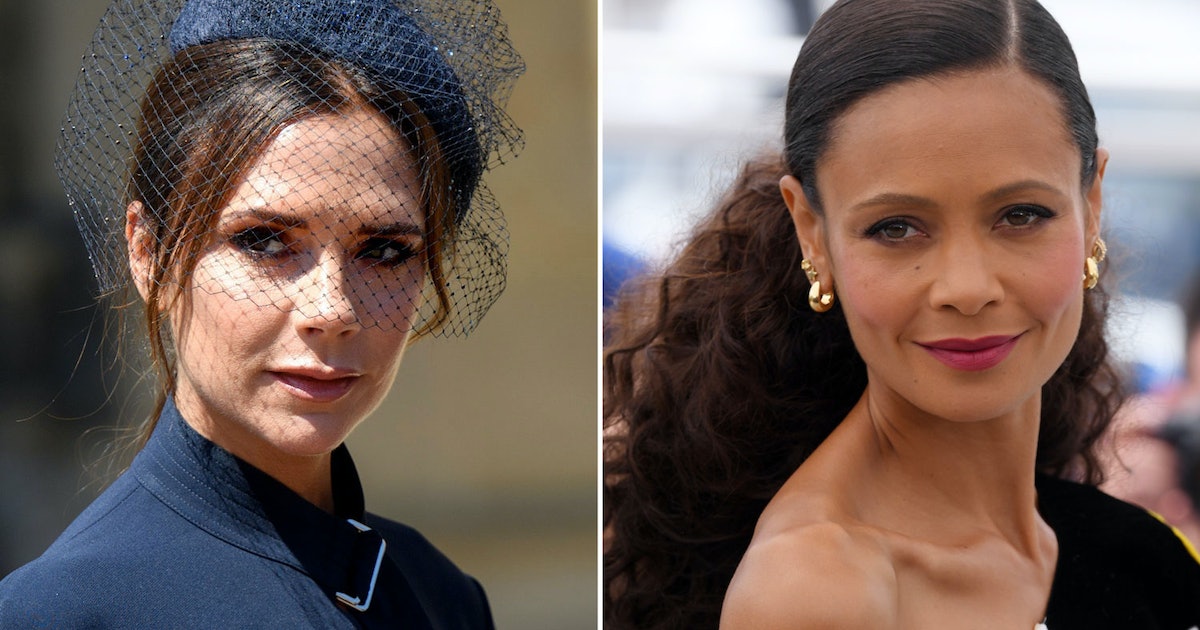 There's a lot going on in that "honest" mistake that I think is worth unpacking. So settle in.

Firstly, there's the question of whether Newton and Saldana actually do resemble each other. Put their pictures side by side, I don't think it's particularly convincing. Sure, they sometimes have similar hair styles, there are a few vague similarities (mainly that they're both absolutely gorgeous). But for me it ends there.

Newton may have volunteered Saldana as her lookalike when asked by Norton, but she went on to admit that actually even she isn't convinced of their resemblance close up, commenting, "It was actually OK as Zoe is a rare beauty, but really? Up close? Come on!"

And so I can't help feeling that part of the reason Beckham and others mistake the two for each other is because they're both black women.

Mixing up people who come from a different background to you is a phenomenon known as the "other race effect". A 2001 study of photographic line-ups showed that the 231 witnesses who took part were only able to correctly identify 45 percent of suspects in cross-race cases, compared to 60 percent in same-race cases.

Some experts argue that the "other race effect" is caused by being surrounded by people who belong to the same ethnic group from a young age, but others say the issue arises from a tendency to ignore the distinguishing traits of people who don't look like us. As cognitive psychologist Daniel Levin explained to the American Psychological Association: "The problem is not that we can't code the details of cross-race faces — it's that we don't."

It's this second explanation that seems to be at play in Newton and Beckham's awkward encounter. Now all of this might seem to excuse VB's mistake, but again she's not off the hook that easily. The cross-race effect might account for why people confuse faces they aren't familiar with, but Beckham doesn't have that excuse. As Newton confirmed, this wasn't the first time she'd met the designer, they'd previously bumped into each other "a few times" in that very same location. 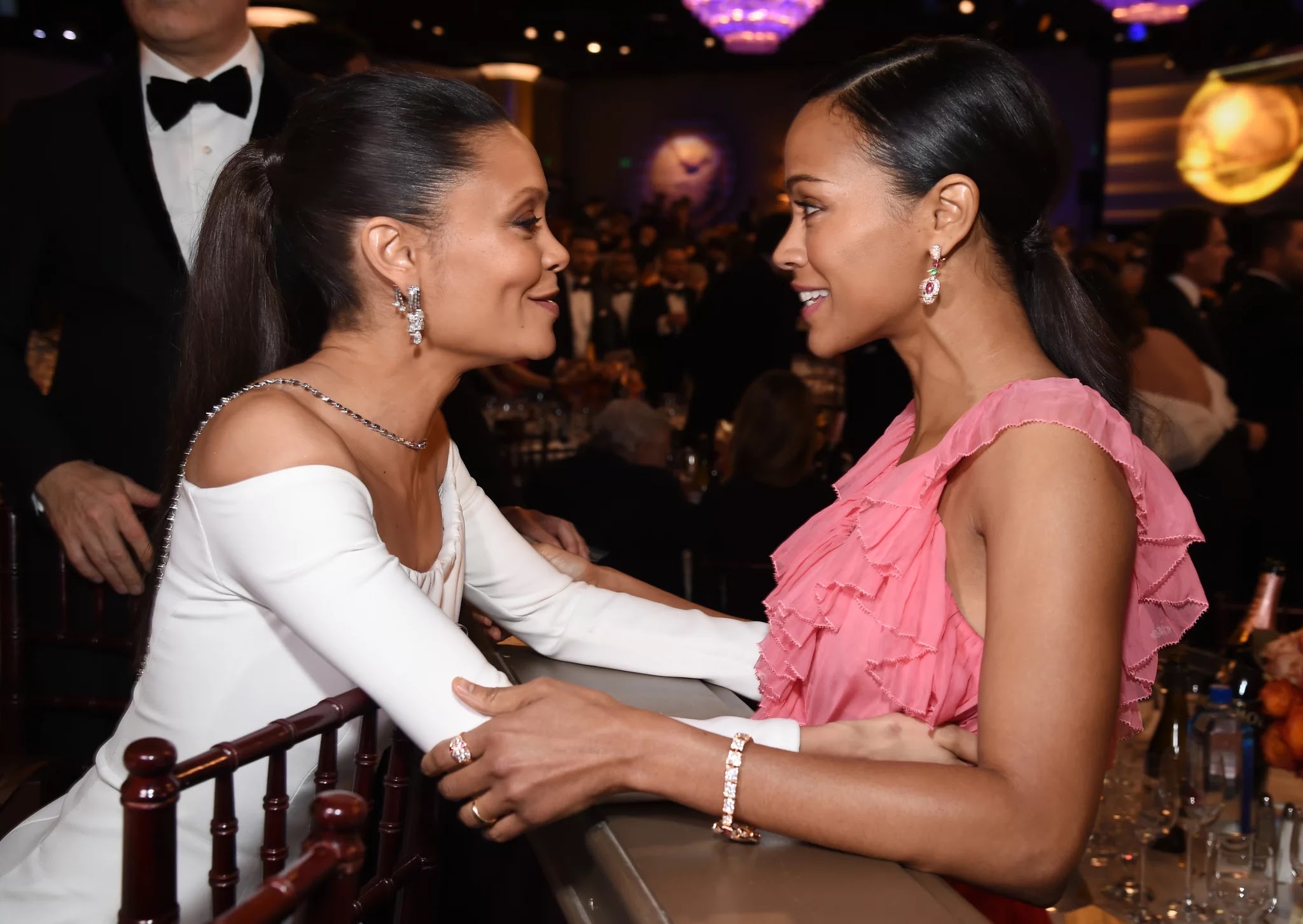 Part of the issue of mixing up people of the same race is that it betrays an individual's inability to see past the person's race when processing their features. As Levin explained to LinkedIn: "When a white person looks at another white person's nose, they're likely to think to themselves, 'That's John's nose'. When they look at black person's nose, they are likely to think, 'That's a black nose'."

Psychology Professor Christian A. Meissner confirmed to the New York Times that the other-race phenomenon occurs primarily among white people. "Minorities tend to be better at cross-race identification than whites, Professor Meissner said, in part because they have more extensive and meaningful exposure to whites than the other way around," wrote author Rachel L. Swarms.

Now, the fact that Beckham had met Newton a few times and still confused her with Saldana, suggests that when she was looking at Newton's face she wasn't really seeing her, she was seeing her race. The other race effect is obviously a problem when it comes to crime, as it can easily lead to wrongful arrests, as in the case of tennis player James Blake, who in 2015 was arrested by police officers that mistook him for another mixed-race man suspected of credit card fraud. But other more seemingly benign examples are harmful too in a more insidious way.

It might seem funny when someone makes an unfortunate gaffe like Beckham's, but I from first-hand experience know that being mixed up with other people of colour is minimising for those concerned. When you're the person in the middle of the mix-up, it takes away your identity.

I was recently in a cafe and had the somewhat surreal experience of watching the barista who I had just ordered a coffee from attempt to give that coffee to a totally different mixed race girl at another table. I have a short dark bob, she had long blonde curls, the only similarity I could identify was that we're both brown.