Vanessa Kirby was two days away from shooting Mission: Impossible 7 in Venice — reprising her role as the glamorous gunrunner known as the White Widow — when Paramount halted production. It was late February, and Italy had just recorded Europe’s then-worst outbreak of the novel coronavirus, at the time not officially labeled a pandemic. Tom Cruise’s billion-dollar blockbuster franchise had become the first major Hollywood casualty.

Seven months on, and with the film industry appearing irreversibly changed, Kirby is preparing her return to Venice. But it’s not for Mission: Impossible (she starts shooting that later in September). With The World to Come and Piece of a Woman, filmed almost back-to-back in late 2019 and early 2020, the British star, 32, has the rare honor of having two films compete against each other in the Biennale, the first A-list film festival to physically take place since cinemas — and much beyond — shut their doors.

Appearing alongside Katherine Waterston and Casey Affleck in The World to Come — a frontier romance set against the rugged and patriarchal terrain of the mid-19th century American Northeast — Kirby plays flame-haired Tallie, who sparks an intense and liberating affair with a farmer’s wife, played by Waterston.

But it’s Pieces of a Woman — also heading to Toronto — and her quietly powerful and gut-wrenching turn as Martha, a woman dealing with towering loss after a home birth that goes wrong (shot in one hugely impressive yet frequently hard-to-watch half-hour take), that marks yet another new chapter for the actress, who already has condensed what many would consider a lifetime’s worth of career milestones into just a few years. A critics’ favorite on the British stage; Emmy-nominated and BAFTA-winning for her global screen breakout as Princess Margaret in the opening seasons of Netflix’s smash hit The Crown; part of two of the biggest action franchises around (she also appeared in Fast & Furious spinoff Hobbs & Shaw last year); and, for her next act, independent cinema’s newest leading lady.

Even before the reviews come in, Pieces of a Woman — also starring Shia LaBeouf, Ellen Burstyn and Sarah Snook — has found a fan in Martin Scorsese, who recently came aboard as executive producer.

“I haven’t stopped smiling,” says Kirby, speaking from the south London home she shares with her sister Juliet (a theatrical agent) and two close friends. “It’s such a mind-blowing thing.”

The actress was originally shown the script in L.A. by filmmaking couple Sam and Ashley Levinson (Ashley is producing the film for Bron Studios). Within 24 hours, she’d jumped on a plane to London, then Budapest, to meet director Kornél Mundruczó. “You know when you’re supposed to do something. … It felt so right,” she says. “I wanted to show up and tell Kornél face-to-face how much I loved it and how much it touched me.”

Mundruczó, a Cannes regular who won the top prize in the 2014 Un Certain Regard sidebar for White God, also was taking something of a career leap, Pieces of a Woman marking his first English-language feature. But he found the right partner with whom to “take the big risk together,” likening Kirby to his favorite screen siren, Catherine Deneuve. “She’s someone who can express emotion for the unseen, and that’s very difficult,” he says. The World to Come director Mona Fastvold is equally praising of her star, describing her as an actor “who can truly disarm us” and their work together “one of most fulfilling creative partnerships I’ve had so far.”

Kirby, who cites Gena Rowlands as her cinematic idol (she has a photo from Rowlands’ 1980 drama Gloria in her room), says she had been “biding her time” waiting for such an opportunity: “I felt ready to lead a movie for a long time, but to actually do it was such a gift. Now that I’ve done it, it feels like a new stage for me.”

While there were few thespian genes in her family (her father is a top prostate surgeon and her mother once edited Country Living), an 11-year-old Kirby caught the bug after watching a production of Chekhov’s The Cherry Orchard. “I suddenly realized the power of telling these stories is that they can make you feel differently about yourself when you leave,” she says. “And I think that’s always been a goal for me since.” 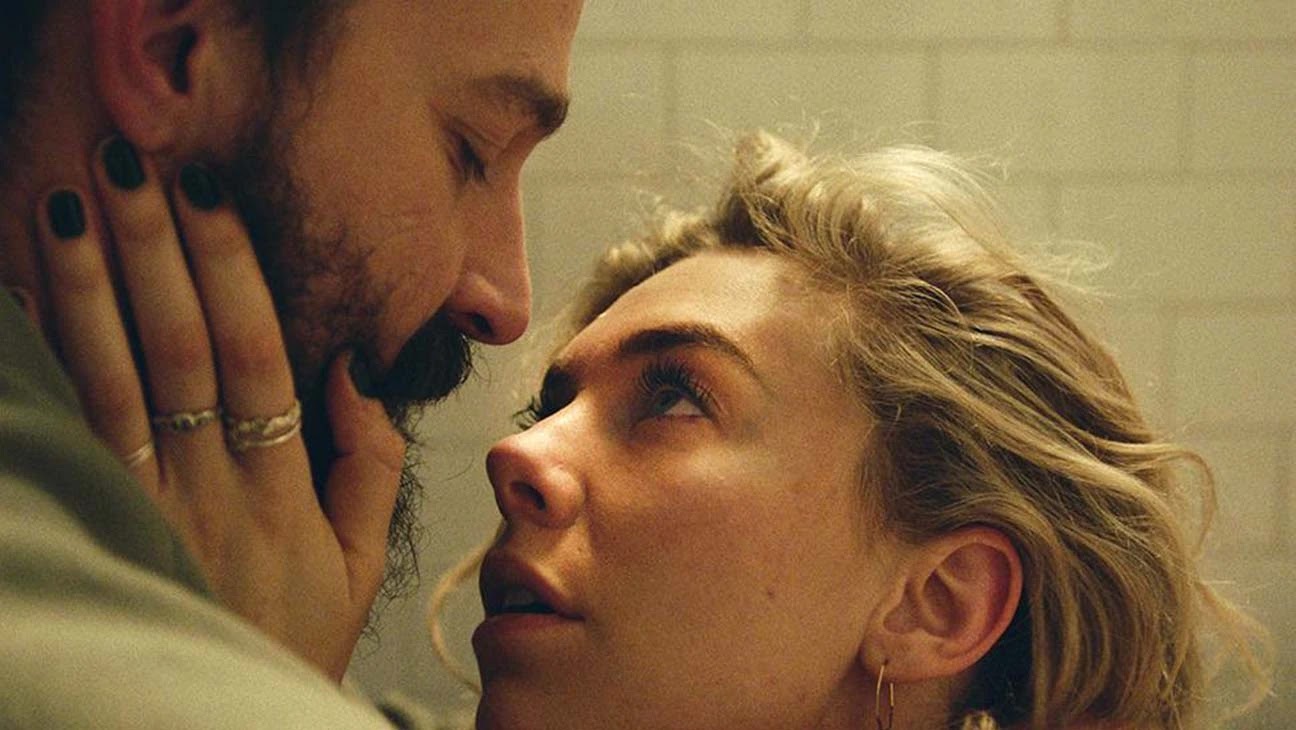 Countless school plays — including an all-girl Hamlet (Kirby as Gertrude) — would follow, continuing on into college, where spare periods and evenings would be spent relentlessly rehearsing and putting on shows with friends (including Alice Birch, who recently adapted Normal People for TV). Audience numbers didn’t matter – several struggled to make it through a four-hour Eugene O’Neill adaptation, while there were definite walkouts when a group of them took Shakespeare’s Julius Caesar to Edinburgh (“Why would you take Julius Caesar to a comedy festival?” she laughs).

It was all for the discovery, experience and thrill, which is why — just a few years later — when Kirby received her first paycheck, having picked up an agent and signed on for her first three professional productions, it felt strange.

“I still have the vision in my mind of holding that white paper and being like, why are you paying me? Someone’s paying me for this? Because I’ve done it so much.”

Performances of As You Like It, Edward II and A Streetcar Named Desire and collaborations with directors like Benedict Andrews would quickly establish Kirby as one of the U.K.’s hottest stage talents in the early 2010s. But by this point, screen had already come calling. BBC drama The Hour — a small part as a troubled young aristocrat alongside a pre-Bond Ben Whishaw — was her TV debut in 2011, landing four years before being cast in her most famous role to date.

The Crown creator Peter Morgan recalls going “rogue” when he chose Kirby, overruling the other show execs’ preferred choice for Princess Margaret. She had turned up to the audition looking like what he describes as a “catastrophic mess”; fake tan smeared haphazardly on her shins and hands stained orange (she’d forgotten to wash them after applying the tan).

“But she had an electrifying presence. … You realized you were in the company of a rare and special talent,” he says, adding that her chaotic appearance plus visible nerves evoked the essential vulnerability he was looking for. “It was very Annie Hall.”

Subsequent screen tests — and the public reaction — confirmed what Morgan first saw, that Kirby was a “high-impact booking,” much like the royal she was taking on. “There was no room in which you were not conscious that Princess Margaret was there.”

To craft her Margaret, in which Kirby laid the largely unknown foundations that would support the royal’s more brash and defiant public persona in later life, she absorbed everything she could, seeking out footage where the princess thought cameras had stopped rolling, plastering her walls in photos and even listening to her favorite music on repeat (including a version of “Scotland the Brave” played on the bagpipes, much to her housemates’ dismay).

“It was so exciting to play someone that was so complicated and so conflicted, who was really struggling with a sense of who she was,” she says. “But I also had to chart this journey carefully, across 20 years of a person’s life, and try to make it believable and also set her up for the rest of the seasons that were coming.” 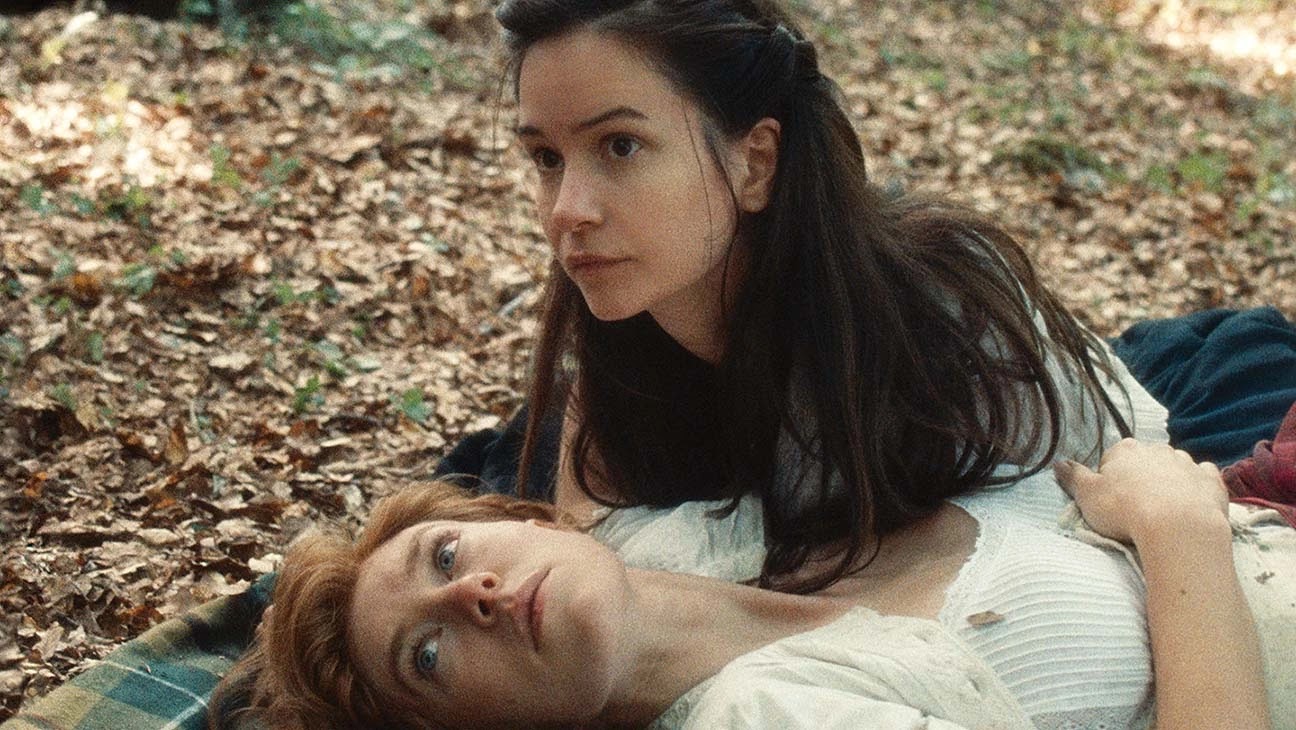 Mission: Impossible came off the back of The Crown, sometime in the middle of season two. “I think Tom had watched it, because he watches everything,” says Kirby, who was surprised to be warmly welcomed into the “Mission Family” during her first meeting with Cruise and director Christopher McQuarrie. “On my way home I rang my agent going, ‘I think I got the job, I’m not sure.’”

Hobbs & Shaw arrived via another route, Kirby was approached by creative duo David Leitch and Kelly McCormick after she led a 2018 summer run of August Strindberg’s Miss Julie at the National Theatre.

While different adrenaline-fuelled vehicles, Kirby used both blockbusters to creatively “subvert” the usual expectations for female characters in action films, particularly within the typically masculine Fast & Furious world. “I was like, I don’t want to have to be saved ever, I don’t want to have to wear anything compromising, I want her to have her own emotional journey.” Her efforts were rewarded when a journalist wrote that Hattie — Kirby’s fearless MI6 operative in Hobbs & Shaw — had been her son’s favorite character. “How cool is that?” (She found the writer’s email to thank her).

As Kirby waits to start on Mission: Impossible 7 (and also 8 — she says the White Widow will likely “float in and out” of upcoming storylines), and for audiences in Venice and Toronto to see her first lead role, this philosophy is set to continue into what could be yet another career progression.

Alongside a daily film club with her housemates (with titles ranging from a list she found of the Dardenne Brothers’ favourite films to the cult so-bad-it’s-good hit The Room), Kirby has also used the months of lockdown to consider her next creative step and dream: setting up her own production company.

“I feel so excited by the thought that there’s so many female stories that haven’t been told. And so many that have examined the psychology of a man in a particular situation, but not the woman,” she says. “I feel like there’s so much opportunity for that and that we do actually have a responsibility. Changing that space is very important to me.”