From starring alongside Nicole Kidman in Sofia Coppola’s Beguiled to morphing into a Disney princess in Maleficent opposite Angelina Jolie, Elle’s talents have created fully-formed, and at times flawed, female characters. 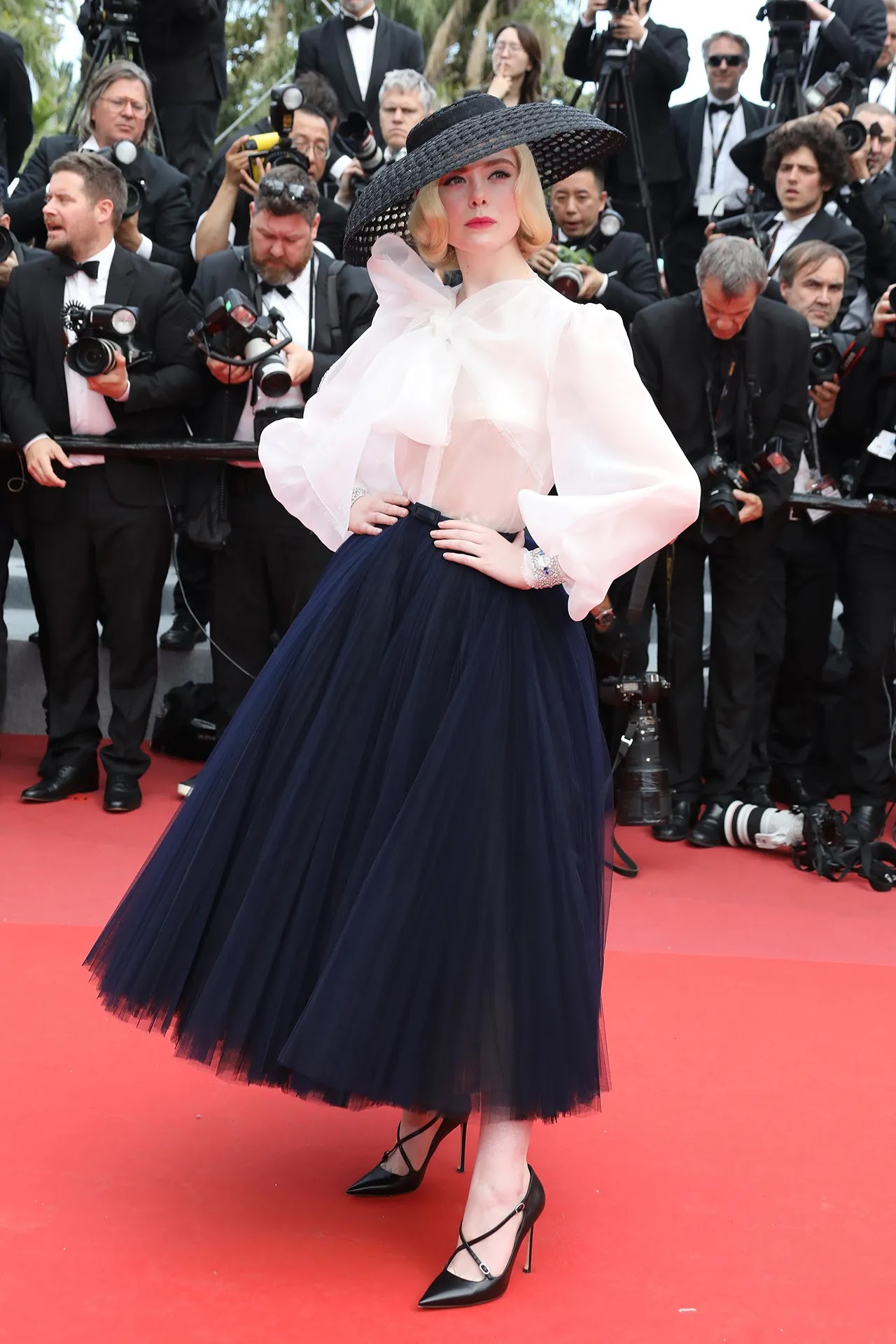 It’s no wonder Elle has not only landed a coveted contract at L’Oreal Paris; she became the youngest-ever juror at the Cannes Film Festival. And she certainly has been serving up the style on the red carpet. Can we just talk about that Dior ensemble one more time, please?

Meeting Elle Fanning IRL, however, is very different. She is endearingly shy at first and skips through the conversation with palpable and highly positive energy. Prepare to fall for Fanning as she joins us for another empowering episode of GLAMOUR Unfiltered.

Here, Elle discusses the trappings of social media, how she gets herself out of her own moments and how fashion and beauty have given Elle faith in her personal style, at a time when she was teased at school for the way she looked…

We are all worth it. That’s the L’Oreal Paris tagline for a reason. That company is all about self-love, self-care, and feeling confident. I think their major goal is, of course, hair, makeup, and skin but it’s also making every woman around the world feel worth it and feel confident which is something everybody struggles with.

I definitely have especially with social media as everybody’s comparing themselves to other people even though those photos aren’t real. They’re photoshopped. You’re comparing yourself to a fake robot essentially and I think L’Oreal Paris is about taking care of yourself, being able to play with makeup and highlighting the features you love about yourself.

Be creative with your makeup looks and that’s certainly something I love to do. I love to experiment and be playful and have fun so it’s an incredible family to be a part of, too. There are so many incredible women that are a part of it so I’m so happy to be in the group.

Singing live on Teen Spirit really scared me and I was going to be a fraud.

I did Teen Spirit which is a film where I sing. We did live performances and it was such a challenge. But overcoming that fear of being on stage and performing in front of extras - who we were being paid to watch me - I knew they had to applaud. Singing is very embarrassing.

Whether you’re good or bad, there’s something very vulnerable about singing. There’s nothing you can hide behind, you hit the notes or you don’t, you feel the emotion, or you don’t, it’s very telling. It’s like a truth serum. When someone sings, you can kinda tell if someone has a certain soul.

I was scared that I was going to be a fraud. It’s a scary feeling where you’re like, ‘I don’t know if I’m good enough to do this?’ But it was very empowering after those performances feeling like you accomplished something and the adrenaline high is so insane. I get how people are addicted to performing on a stage like that.