We are at the end of the 2000s. Àstrid Bergès-Frisbey is barely over 20 years old and crosses paths on the set of  Elles et moi, by Bernard Stora, Danielle Darrieux, one of the greatest icons of French cinema, then 90 years old. For the young woman born in Barcelona but educated between Paris and Royan, dreaming of a prosperous career when she just left Cours Simon, it was a shock. Even if she is fully aware that the cinema no longer offers the same setting today as it did a few decades ago, the young woman decides very early on to devote her energy to it, watches and persists. Cradled by the desire for a surprising and nomadic life, she moved to Paris at the age of 17, following the disappearance of her father. Ten years later, she has lost none of her out-of-the-ordinary desires, and affirms her unique personality. When we ask Àstrid Bergès-Frisbey what she is currently working on, there's a sudden seriousness to his voice – as if nothing was more important than getting the timing right. “I'm working on a personal project that I can't talk too much about. My days are busy with that right now. I am invested in other ways than simply as an actress. ” “What I like about American cinema is seeing the financial and artistic risks that people take when they belong to a niche. In France, you sometimes try to reimburse your film before anything else.”

Being an actress may not be enough for a contemporary female artist. The liberation movements that are shaking Hollywood following the Weinstein affair are giving ideas to a generation that is asking to no longer be subjected to masculine diktats and narrowed imaginations. Àstrid Bergès-Frisbey may have scoured filming, from the  Pirates of the Caribbean saga to  King Arthur – The Legend of Excalibur,  but she does not see herself as an icon, muse, or muse. More like a creative personality. “I love cinema as a whole, and it fascinates me as such. Since my beginnings, I have paid attention to all the professions that make it possible to construct a film. I think that being interested in all its aspects, the light, the production, and the staging, makes it possible to become a better actress, to be fairer, and more precise in relation to the demands of the director. Knowing how cinema works from the inside allows me to be much more reactive. I always envision the film as a whole and not just from my character's point of view. I'm not one of those actresses who only read their role in a screenplay. ” 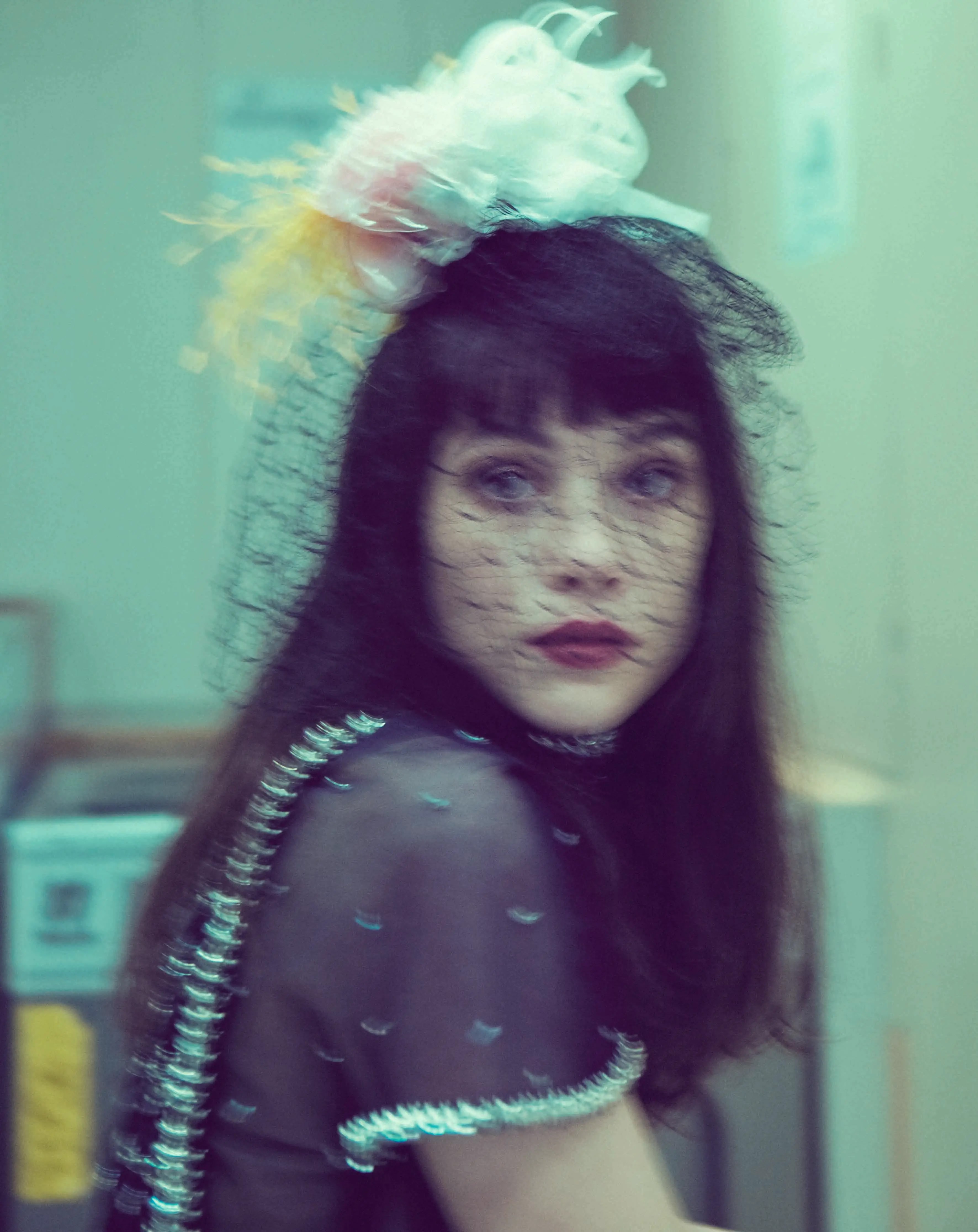 Armed with her desire to do well, Àstrid Bergès-Frisbey has developed, in the wake of her work ethic, parallel passions. “ My taste for photography was greatly reinforced by doing this job. When I'm preparing for a role, I'm interested in everything. If I'm doing a film in costume, I do research and I'll study the clothing of the period to find the right props. A whole host of professions enrich my work as an actress and captivate me. I don't like to be passive. I wanted to learn certain things relating to production, for example. This allows you to invest in projects that are difficult to mount financially, and to be involved, not to remain in the position of the actress who says: 'We will see if the project succeeds.' ”

This approach to her profession, Àstrid Bergès-Frisbey developed through various experiences that allowed her to know the remote, even contradictory, realities of world cinema, going from  The Well-Digger's Daughter by Daniel Auteuil to the blockbuster  Pirates of the Caribbean by Johnny Depp, while allowing himself an indie foray into Mike Cahill and Brit Marling with  I Origins ... “ When we talk about a French film and an American independent film, we are not talking about the same thing,  confirms she. Almost not from the same world. What I like about American cinema is seeing the financial and artistic risks people take when they belong to a niche. In France, people sometimes try to reimburse their film before anything else. I feel like the roles are much more defined in the United States. ”

“ I've never been very into fashion. This universe only begins to interest me when I can see it as a form of art. I have a lot of respect for fashion-related craftsmanship, and Chanel is precisely a house that has managed to preserve this craftsmanship. Chanel has a unique way of unfolding the thread of its history. ”

From the blockbuster generating millions of admissions, Àstrid Bergès-Frisbey emphasizes the structured aspect. It is not given to everyone to work on this kind of film, and she applied herself to making this experience as less impersonal as possible, by learning the English that she did not speak (although her mother is Franco-American) and having fun “ trying things you only do in a movie like  Pirates of the Caribbean”. A way to avoid redundancy and to " test the limits " of one's knowledge. “ I also got to test my number one principle: 'Am I trying to do something that will make me a better actress?' ”

Testing the limits and becoming better at every opportunity is a beautiful profession of faith. Àstrid Bergès-Frisbey had the most adventurous experience of her career with Mike Cahill. I Origins offered a mix of indie film and science fiction that was quite unique. “I like to feel that making his film is essential for the director. I haven't seen the equivalent in France, such a low-budget film, with such a working atmosphere where every penny is invested in the image. It was unprecedented for me. I realize that I like originality and also to multiple experiences. I haven't made a film in the same country or the same language for ten years. What's weird is that it wasn't necessarily a choice to shoot in different geographies and languages. Because of this, it can be difficult to follow the thread of my career. In France, people don't necessarily have an idea of ​​the last films I shot. But it also allows me to renew myself. It gives a lot of strings to my bow and I find it rewarding. ”

“ I had the chance to work with a lot of great actors. If I had to mention one, the first person that comes to mind is Michael Pitt whose choices I greatly admire.”

Before entering the frenetic whirlwind of notoriety,  Àstrid Bergès-Frisbey already knows that she will not bend to the contemporary vacuity that goes with fame. When asked what his home base is, his answer takes on the appearance of a personal manifesto: “I don't reveal where I live. My job is to interpret characters, so it doesn't make sense to know where I live. I refuse the race to the bottom that social networks induce. By lending themselves to this game, artists become slaves. Personally, I made the choice not to be on social networks, of course, it panics me a lot, sometimes people appropriate my identity, but I think it's much more important to be judged on your work. then on these trivialities. I love discovering films interpreted by actors whose life I know nothing about. I don't know where they live or who they are and it's much more powerful. All I can tell you is that I like enriching myself with different places and cultures. I try to play the curious beast to try to understand this world.”