Being the offspring of rockstar Lenny Kravitz and actress Lisa Bonet, there was no doubt that Zoe Kravitz would become a modern-day style icon in her own right. And while this edgy actress, singer, and model is confident with her ever-changing fashion sense, even she has previously fallen victim to being embarrassed by her parent's bold fashion choices.

Hey Zoe! We're obsessed with your fashion style - but do you worry about what other people think of it?

I try and be confident in my personal style, and I really try and think about what’s right for me. I think with fashion, once you start thinking about what other people want, you’re going to lose the magic. So when it comes to my style, I try and be inspired by everything – images, music, film – whatever makes me feel confident. If I execute a look well, I don’t really care what other people think.

So are there any films that you've worked on that have contributed to your ever-changing style?

Yeah, I usually take a little something from the films I've worked on, and try it out for a while. For example, I had braids when filming for Dope, and then I kept them for years after that. After filming for Big Little Lies, I took my character Bonnie Carlson's ring and I still wear that now. Oh, and I had these really long nails that I put on for the film Rough Night, which I ended up keeping for a while just because I thought it was fun, and something I would never do on my own! So yeah, I usually will take a little bit of a character's style with me.

Have you had any fashion regrets?

Any outfits I wore before 2014 were probably a mistake. [Although The Debrief begs to differ.]

I definitely had a lot of embarrassment with my mum and dad's style growing up, and now it’s funny because I love that they didn’t feel like they had to dress a certain way because they were parents. I think it’s important to remember that parents are people themselves, and they should be able to express themselves how they want. But as a child, I guess you don’t have that mindset yet, so I was sometimes embarrassed by their bold statements. Although now I appreciate them very much!

So do you ever steal anything from your mum or dad's wardrobes?

Yeah, I wear my dad’s T-shirts a lot because I love oversized T-shirts, and he has a lot. My mum has a lot of great vintage dresses, but I can’t really steal anything from her, because she’s on it! She does let me raid her wardrobe sometimes and borrow things, though. 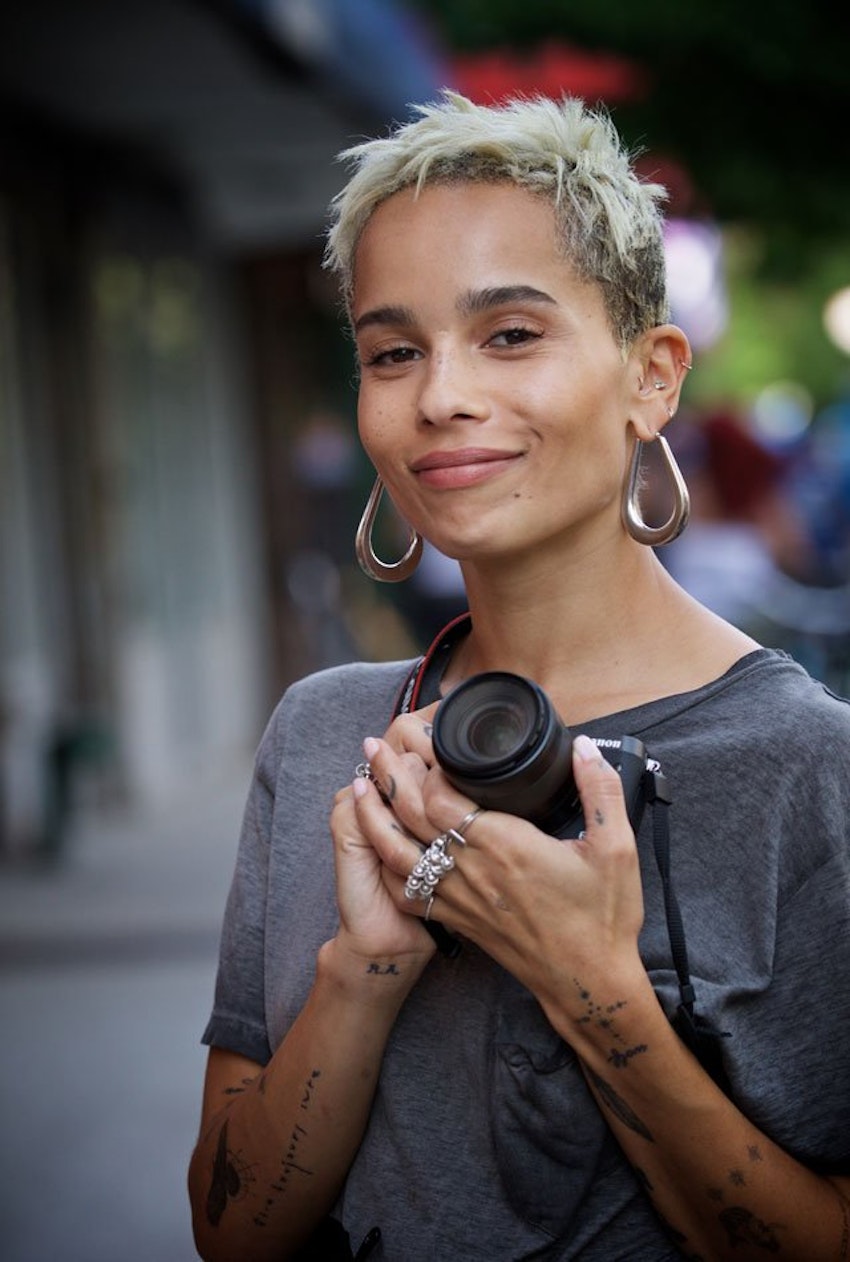 What about your festival style? Do you have a distinct look you'll be rocking this year?

I think the idea of festival style kind of bums me out. When you look at images from Coachella it seems like people are putting on a costume that doesn’t necessarily feel original or inspired. It feels like they are wearing what they think they are supposed to be wearing to a festival, or something that is supposed to evoke the emotion of a free spirit. What I want to do at a festival is to just feel comfortable and be in an environment where I can wear whatever the hell I want! So I think people should just use that environment to self-express.

What about when you're traveling? Are you a comfy-and-casual kind of girl, or a glam girl?

Oh, we totally agree! When you visit the UK, where do you shop?

I love the Alex Eagle store in Soho, it has really cool stuff. And I know we have a Topshop in the USA, but I love to go to the one in London - it’s much better. I also love going to the Portobello Road flea market on the weekend.

We also just have to say that we love your new pixie crop. What made you change your hairstyle so drastically?

I think that I was beginning to feel that my identity was my hair, and people were associating me with my braids. Whenever something is associated with or attached to you, I think it’s important to let it go. And the change feels really good and free. I love the idea of challenging femininity and what that means and what that looks like.

I realise that I probably used to use my hair as a crutch - that having long hair made me feel feminine or sexy or gave me something to hide behind, so it’s been a really great challenge for me to have to dig a little bit deeper into what femininity means to me. I had to remind myself that I’m still feminine even though I don’t have what we’re told are 'feminine qualities. I believe that femininity is a quality, a spirit, and energy, and not all about what you look like and how you dress.