Kravitz covers the latest issue of The EDIT, NET-A-PORTER's digital magazine, and talks about her Big Little Lies co-star, Nicole Kidman, being once engaged to her father, rocker Lenny Kravitz. The 28-year-old actress says she moved with her father to Miami when she was 11, and at one point, Kidman lived with them.

"I hadn't seen her in a long time before Big Little Lies, but there was a point where we were all kind of living together," Kravitz says. "I was about 13, and she would take me to see movies; she was so nice to me." 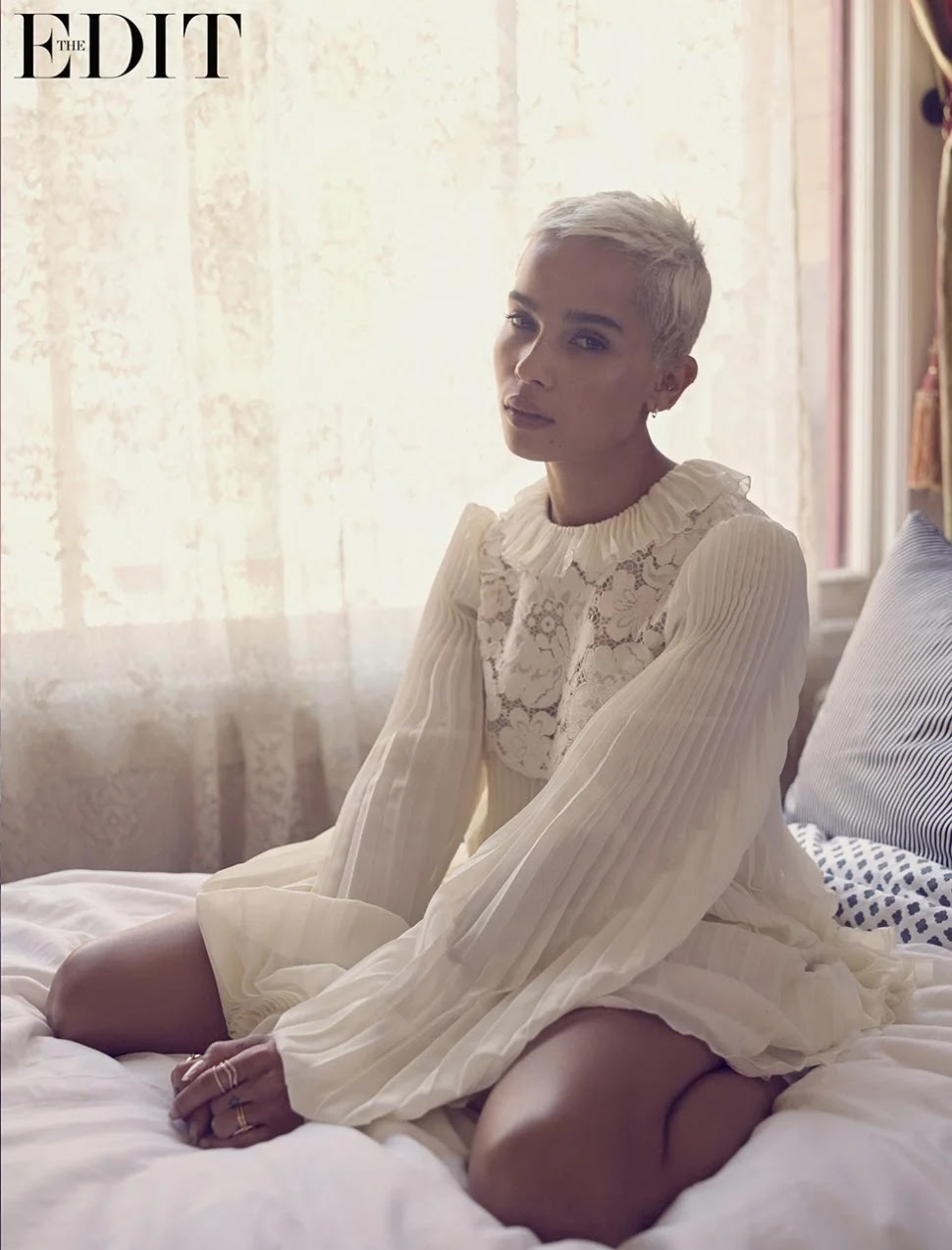 Still, Kravitz doesn't have too many fond memories of her years spent in Miami.

"I really didn't fit in there," she admits. "There were all these hot blond girls with boobs, Louis Vuitton purses, and cell phones, and I was this mixed-race girl with crazy kinky hair that didn't know how to relate."

"When your dad and your mom [actress Lisa Bonet] are both so cool, but you're not... I think maybe that's where I get this idea that I'm really not cool -- that has stuck with me forever," she continues.

Obviously, audiences would disagree. The super stylish star is definitely coming into her own with roles in Big Little Lies and in the all-star female comedy, Rough Night. She also notes that her partying days are behind her.

"I was kind of living by myself by the time I was 17 [in New York]. And I was quite wild then, too," she acknowledges. "I had a lot of older friends and could get into clubs. I got it all out of my system early on; now I stay at home and watch Netflix."

ET caught up with Kidman at The Beguiled premiere on Monday in Los Angeles, when she also had nothing but good things to say about her almost step-daughter.

"I've known her since she was little," Kidman said of Kravitz. "I've watched her grow up and she's gorgeous. Not just on the outside, on the inside."

Kidman and the "American Woman" rocker were linked in 2003, and there appear to be no hard feelings -- she's even happily posed with both him and her now husband of 10 years, Keith Urban.