In “The Politician,” Zoey Deutch becomes the third woman to play Squeaky Fromme so far this year. Sort of.

As Infinity Jackson, the cloistered, cancer-stricken granddaughter of Jessica Lange’s Dusty, Deutch joins manipulative classmate and presidential hopeful Payton Hobart (Ben Platt) in a high-school production of Stephen Sondheim’s 1990 musical “Assassins,” which delves into the psyches of the men and women who’ve assassinated or attempted to assassinate American presidents — including Charles Manson acolyte Lynette “Squeaky” Fromme, who tried to kill Gerald Ford in 1975, and John Hinckley, Jr., who shot Ronald Reagan in 1981.

In the sixth episode of Ryan Murphy’s first Netflix series, aptly titled “The Assassination of Payton Hobart, Part I,” Infinity and Payton deliver an impressive rendition of Sondheim’s duet “Unworthy of Your Love,” in which Fromme and Hinckley sing to the objects of their respective obsessions, Manson and Jodie Foster. 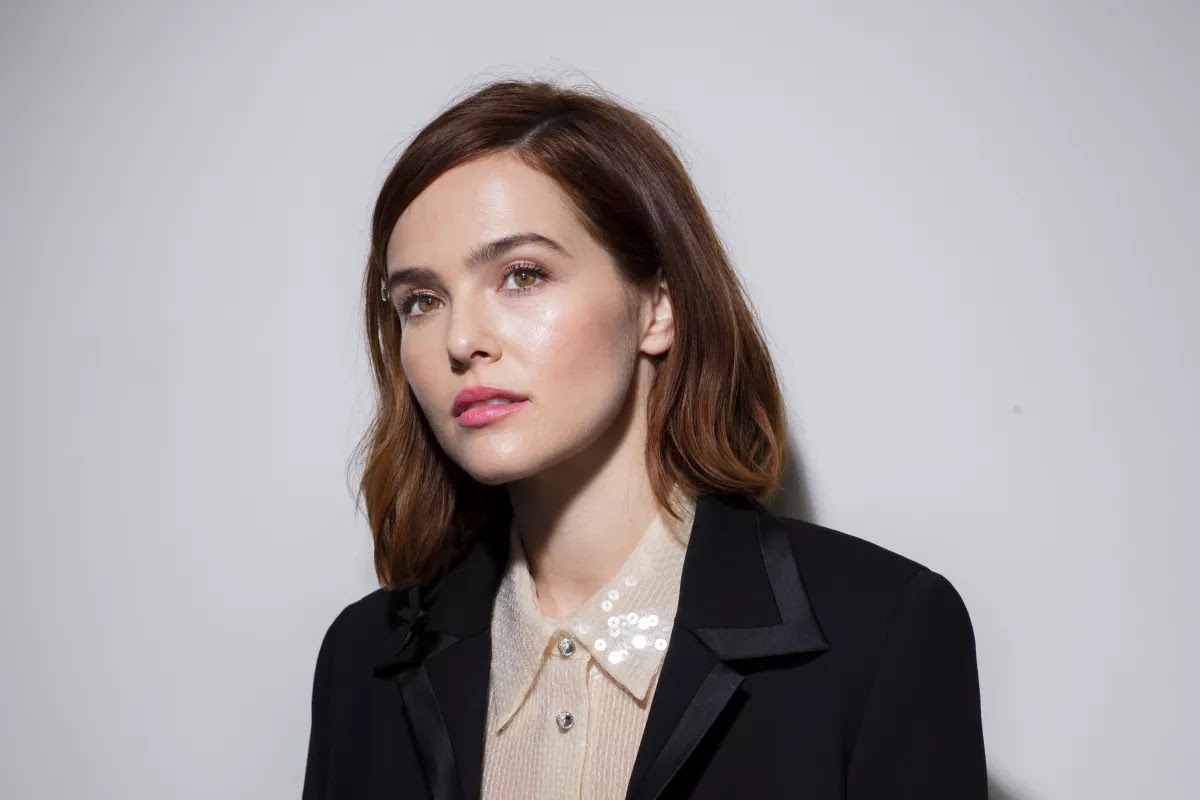 For Deutch, of course, Squeaky — memorably portrayed by Kayli Carter in Mary Harron’s “Charlie Says,” and Dakota Fanning in Quentin Tarantino’s “Once Upon a Time... in Hollywood” — is a character once removed. According to the cheery star of last year’s buzzy Netflix rom-com “Set It Up,” performing “Unworthy of Your Love” opposite Tony-winner Platt was the more “anxiety-inducing” part of the experience.

“Something that I think a lot of performers that have worked for Ryan share is that he oftentimes believes in you before you believe in yourself,” Deutch told The Times in a phone interview shortly before “The Politician’s” premiere on Sept. 27. “There was no conversation about it... I found out when every single person on the crew found out.”

That may just be part of her disposition: The daughter of actress Lea Thompson and director Howard Deutch, a “self-proclaimed neurotic Jew,” frets near the end of our interview that she may have spoiled the plot of “The Politician’s” first season. (The second is already in the works.) Reassured that there was nothing to fear since the story wouldn’t run until after the series debuted, Deutch replied, “Oh, everything to fear... I’m worried about everything. Nice to talk to you!”

Deutch spoke with The Times about her musical lineage, her on-screen appetites, and the spate of Munchausen syndrome by proxy stories to appear on TV of late. (Spoilers for Season 1 of “The Politician” ahead.)

I know that you have a background in theater. Did you have any prior associations with ‘Assassins’ specifically or Sondheim in general when you encountered it in the context of ‘The Politician’?

When I read [the script for ‘The Politician’] for the first time, I thought it was so smart that Ryan was going to include a song from and a reference to ‘Assassins.’ The show may be even more resonant now than it ever was. Obviously, violence has become a huge point of discussion for Americans. But I have never seen it live. I wish I had. It’s not a bright and shiny musical. It’s about people who tried or were successful in killing American presidents and explores the lives of those assassins.

Did you feel like ‘Assassins’ helped you understand something about ‘The Politician’ or about Infinity and her relationship with Payton that you wouldn’t have without the allusion to Sondheim?

The musical suggests, in my opinion, that these disturbing people act not because they hope to influence the world, politics, or people in general, but because they’re wrapped up in delusion, fame, or entitlement. There are definitely some parallels you can draw between the two — especially that “Assassins” falls under the genres of dark comedy and historical-presidential. The teenagers in “The Politician” have the ambition and the intelligence of seasoned politicians and strategists, and there are romantic betrayals and there are assassination attempts. It feels very cohesive, marrying the two.

The one character who I don’t read as being quite cunning in that way is Infinity. Or do you not see her like that?

From my perspective, Infinity is not pretending or performing. She has a very trusted reality. Nana takes over her psychology — her psychology has been trapped and kidnapped at 7 years old, essentially. But I think Infinity is so happy to be a part of this world that Payton has invited her to, she’s putting all of her attention into doing this right. And I think, with the song, it made sense for Infinity to start scared, find her way, and then I think it starts to feel good to her because she can embed her anger into it.

Backing it up a little bit, when Infinity finds out the reality of her current state of being, she can finally get involved in her life and her school, and then, when Payton invites her into that world, I think Infinity is just curious, so she gets sucked in again — she always gets sucked into things. A switch sort of flips in her. She wants to start anew. The second he asks her, she immediately doesn’t want to speak to Ricardo [played by Benjamin Barrett] or Nana. She realizes she doesn’t have to be with people she doesn’t actually trust or want to be with. She feels rage. She feels betrayed. She feels fearless. ... One thing I got a kick out of, is this new friend and this new community, it makes her forget that this actually isn’t her dream. She loses the plot a little.

Had you ever done a musical number on screen before?

Not on screen, but my family’s always been very musical. On my mom’s side, my grandma was the second woman to be a disc jockey in America and an amazing songwriter and singer, and my step-grandpa, who I grew up with, was a jazz drummer. Then, on my dad’s side, my grandpa sang in “This Is the Army” with Irving Berlin during World War II. Some of my earliest memories are being with my mother in her dressing room making paper dolls and listening to her sing as Sally Bowles in “Cabaret” on Broadway. (Obviously, I wasn’t allowed to see that show — rightfully, as I was 4 or 5.) My sister went on to study music and write and sing for my entire life. Being musical is a huge part of my family’s DNA, and I think that’s in part why I went the other route, of acting, instead of trying to do what I knew everyone in my family was so good at. Youngest Kid in the Family Syndrome. [Laughs.] But I am loving embracing it. And it makes me so happy to sing. I feel very grateful to Ryan for letting me do so, with one of the most gifted singers I know.

One of the things I think is so interesting about singing and acting is really, especially in that context, I was just doing a scene with an amazing scene partner. We just happened to be saying the words on pitch. That’s all that is. It also takes the pressure off yourself to just act, and the words hold meaning.

I’d be remiss if I didn’t ask about Munchausen syndrome by proxy and other, similar narratives, since both ‘The Act’ and ‘Sharp Objects’ were nominated for Emmys. Why do you think that kind of story seems to have currency at the moment?

I cannot speak to a generation or multiple generations of fascination. That is not a job I am willing to take on, or would ask for. But I will say, for those who want to draw comparisons, Infinity and her grandmother, Dusty, they are fictional characters. Like so many other things in the show, “The Politician” addresses real-life stories and issues, like what you’re talking about, or voter turnout, or gun control. I’d just like to reiterate that these are fictional stories set in a very fictional reality.