There’s a name for that “charming” fog that famously hovers over San Francisco, seasonally. His name is Karl the Fog, and he plays an active role at the beginning of The Bachelors. While, yes, it is easy to romanticize said world-renowned fog, it is a bit different if one is a regular resident in the 49-square-mile city, particularly if one is going through a difficult time. The weather can affect and enhance one’s mood; cliché, yet ever-true in storytelling and in everyday life. Such is the case in The Bachelor.

A tragic event, the aftermath of which is magnified by bleak surroundings, prompts a father (J.K. Simmons) and son, Wes (Josh Wiggins) on a road trip south along the sunny California coast, a refreshing change of pace and environment to begin anew. One son’s defining coming-of-age journey becomes a father’s opportunity to start again and redefine himself. Self-discovery ensues for both parties. Where on earth did Josh Wiggins come from? What, with Walking Out released to such high reception in the past month, and another star-making turn in The Bachelors, he’s becoming what they call an “indie sensation.” He and costar Odeya Rush (Goosebumps, The Giver) are deserving of accolades, and will no doubt receive many throughout their careers.

The Bachelors navigates through familiar territory in its variations of a juxtaposition of the road trip, romance, buddy, father-son bonding, and coming-of-age, awkward high-school genres without falling victim to lazy and tired storytelling. The characters writer and director Kurt Voelker conceive feel real, the performances nuanced, and the writing daring enough to create a fun, touching, and unpredictably endearing dramedy. 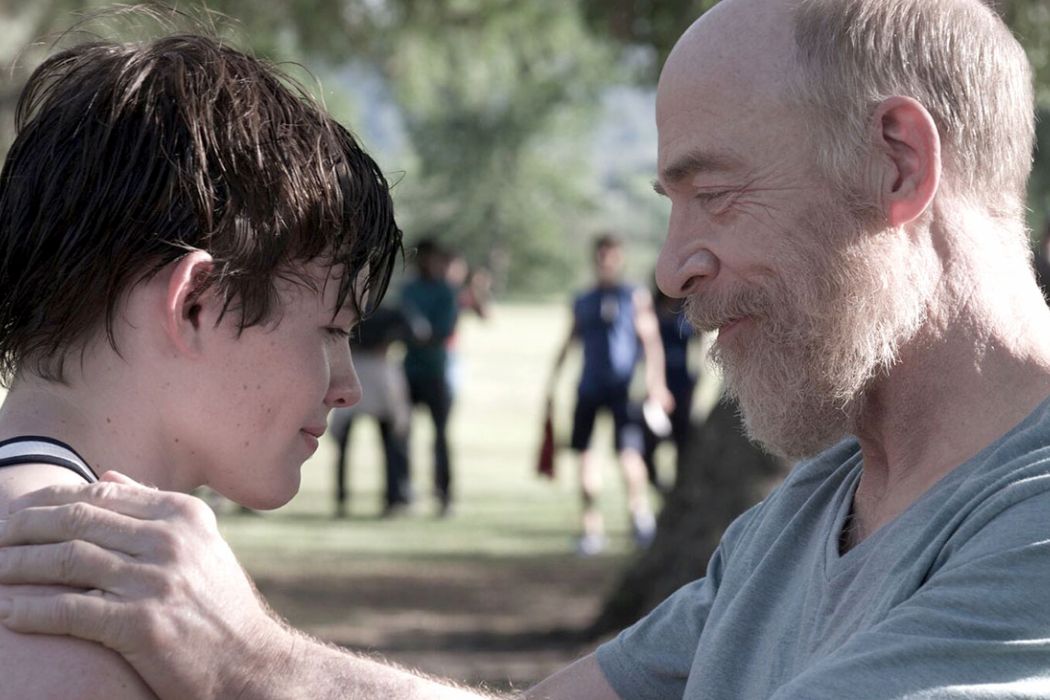 HOW TO AVOID GENRE PURGATORY 101: BY KURT VOELKER

A story may sound familiar, but it can be retold and hybridized a trillion times to endless effectiveness in this industry if it comes from the heart and a place of raw emotion and uninhibited writ. Voelker clearly has this ability to excavate an otherwise commonplace story outline from that place that many can’t reach inside and infuse it with minutiae, mundane, fresh, and exciting elements that make it not seem overdone. There are likely to be very few eye-roll moments, if any, for the audience members of The Bachelors.

The irony of the title of this section is that this kind of aptitude for effective storytelling, particularly in “conventional” narratives and commonly seen tropes, is very difficult to be taught. So, how does Voelker do it? What works?

When Delpy is entered into any formula, based on her track record, it usually means that the material she chooses provides her enough depth and challenges her as an actor. Her character as the French Language teacher in Wiggins’ new private school is refreshing, as is the relationship her character establishes with her student Wiggins’ love interest, Rush, in a powerhouse of a performance. The introduction of these two characters offsets what one might think the title The Bachelors implies, and sets the tone for a subdued exploration into pain and healing and the stage for a female-oriented film.

Speaking to the title and of the much-needed presence of multi-faceted female characters, this isn’t a machismo-infused raucous of a film. Simmons plays a teacher again, yet he isn’t the egomaniacal monster he was in Whiplash. These two men are decent, damaged, and desperate for human connection. And in that, Voelker relates to the audience in a way that doesn’t seem forced; Simmons meeting Delpy, Wiggins meeting Rush – it unfolds as happenstance and doesn’t come from the lens of the male gaze. 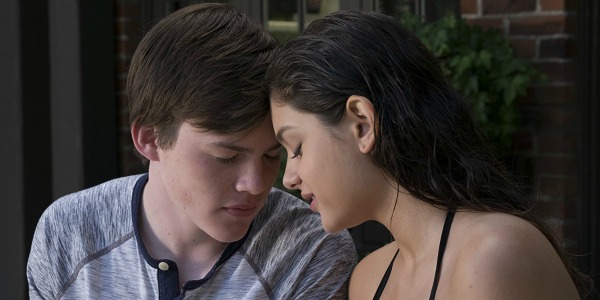 Traumatic life events happen, people experience pain and undergo significant brain-altering changes, and it’s ok to get help. Voelker valiantly normalizes seeking mental help and emphasizes and encourages paying attention to one’s own mental health. Depression. Antidepressants. Cutting and self-harm. Numbness. Grief. Sexual abuse and harassment, neglect. The need to feel. He isn’t afraid to linger in the darkness of loss. Voelker does his research in making The Bachelors.

Simmons’ character finds that Lexapro, an antidepressant, makes him feel “just, maybe…a little out of it I guess. I should probably tell the doc these ‘happy’ pills are more like ‘spacey’ pills.” In including this element in his story, Voelker confronts one of the most pressing issues in healthcare today, the overprescription of pills in an epidemic of misdiagnoses and subsequent addictions.

Unfortunately, over- and mis-prescribing medications like these happen all too often. It is the 21st century’s version of a poorly-maintained 19th-century “insane asylum” that disregards its patients, a corrupt halfway house in a “convenient” pill. Opioids also get prescribed for similar things, and entail the potential for lifelong addiction with deathly consequences, contributing to the opioid epidemic today. We need to stop putting the financial interests of a few giant pharmaceutical companies before those necessary to the survival and decent treatment of human beings.

Whereas Simmons‘ father character has struggled with his mental health as result of a tragic loss, it is Rush’s character that undergoes trauma through psychological abuse, and, through the four characters’ interaction, a better way of coping with various types of grief and pain is discovered. Fortunately, Simmons has a great psychiatrist in Harold Perrineau’s (LOST) character, who finds a better way to move on by getting the stoic Simmons to start talking about it and confronting the things about his deceased wife that he can’t let go of.

Surprisingly, though Wiggins struggles in his own way with the loss of his mother, he is the emotional rock while his father battles for his joy and normalcy back. Again, this isn’t The Bachelors that I had anticipated, in the best way possible, mind you.

Of course, paramount to all facets of health is exercise, which the two “bachelors” bond over. Do not miss the powerful ending of the film; it will hit certainly hit the viewer by surprise in a resonant way with a brilliantly shot running scene by Voelker. As Wiggins‘ track coach (Kevin Dunn) says: “Look, I’m not exactly the Vince Lombardi of running coaches. I can tell you this. Cross country is all about pain, not about denying it or not pretending it doesn’t exist, but recognizing it for exactly what it is, and then finding a way to push through it.”

Sports analogies aren’t always palatable, particularly ones pertaining to something as specific as running. But I can relate. As a first cousin of “America’s Greatest Running Legend,” Steve Prefontaine, whose coach, Bill Bowerman, inventor of the Nike shoe and co-founder of the giant corporation, and actually the Vince Lombardi of running coaches, that mentality quite literally runs through my veins, and running is very much like fighting to overcome some of the tougher moments that everyone will inevitably experience in life.

It is in the intimate moments where The Bachelors shines; Delpy and Simmons having a quiet dinner with naturalistic dialogue reminiscent of the Before Trilogy, Wiggins‘ moments of respite with his misfit friends in the middle of the hell that is high school, Wiggins and Rush’s homework study sessions, various other vignettes of interactions.

It’s a breakout for Wiggins and Rush, and a long time coming for these two immensely talented actors, Delpy and Simmons, to star alongside one another; they accompany each other well and their onscreen chemistry is palpable. In every sense, they are as funny as they are versatile.

There are genuine laugh-out-loud moments during Simmons and Delpy’s interactions. Delpy’s wry wit accompanies Simmons‘ vulnerable dexterity. The paralleling generational relationships developed in The Bachelors’ dual narrative are sweet and treated with veneration by everyone involved. The Bachelors is a scarcity of a film, one that transcends several genres to create an affecting orotundity through its singular voice.