She's been photographed with Harvey Weinstein on more than one occasion.

And now Lily James has revealed that she is 'not surprised by the revelations that have out about the disgraced movie mogul's behavior.

The actress, 28, said she doesn't know that 'many men or women who haven’t experienced that 'kind of power imbalance or predatory behavior.'

She added that it has been a 'terrifying' and 'shocking' time for Hollywood, but believes that 'change will happen as a result of the scandal. 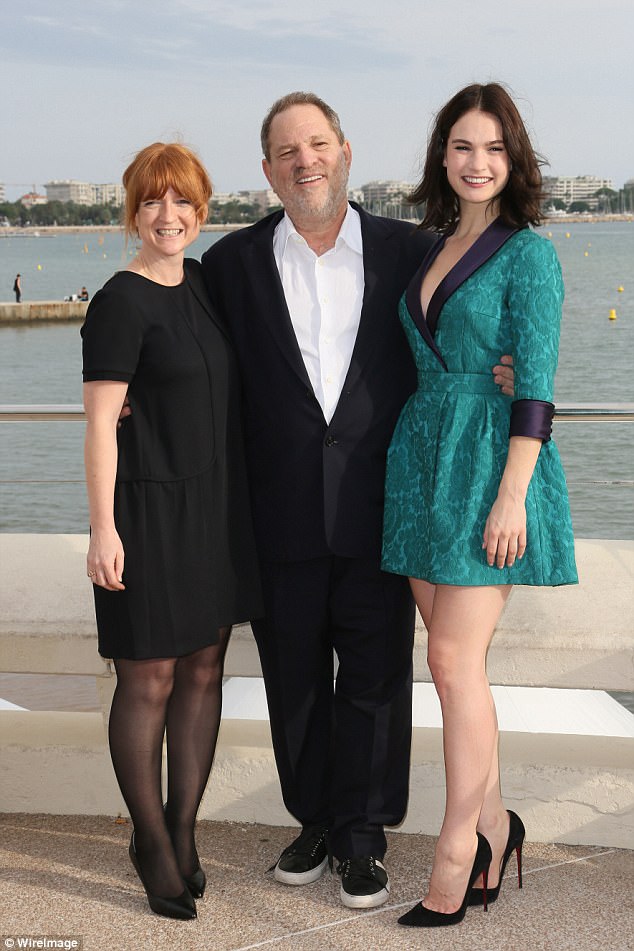 Speaking to Harper's Bazaar, Lily said: 'It’s been a terrifying, shocking, and horrible time, but I’m not surprised.

'I’m so in awe of the brave people who have come forward. They’ve shared their pain, but now there will be change. There has to be.'

She added: 'I don’t know many men or women who haven’t experienced, in some shape or form, that kind of power imbalance or predatory behavior.'

Lily has been pictured with Weinstein at several showbiz events, including at a photocall for BBC drama War and Peace, which The Weinstein Company co-produced.

Since October, more than 80 women have come forward in the media to detail accounts of assault, harassment, and inappropriate conduct by movie mogul Harvey Weinstein.

Among the first two women to go public with their allegations were actresses Rose McGowan and Ashley Judd.

Following that, a raft of other allegations followed, including from Gwyneth Paltrow and Angelina Jolie, who both said they were harassed by the producer.

Lily, who has been dating former Doctor Who stars Matt Smith since 2014, is currently starring as Winston Churchill's secretary Elizabeth Layton in Darkest Hour.

She is also set to star alongside Meryl Streep in Mama Mia 2, which will hit screens this summer.