She famously had to apologize after admitting to falsifying quarantine documents for her Yorkshire Terriers.

Yet Amber Heard mocked the international dog smuggling incident as she pretended to sneak a pooch into a Syrian refugee camp on Tuesday.

The 31-year-old actress took to Instagram to share snaps of herself with a puppy wrapped up in her coat, which she captioned: 'What dog?' 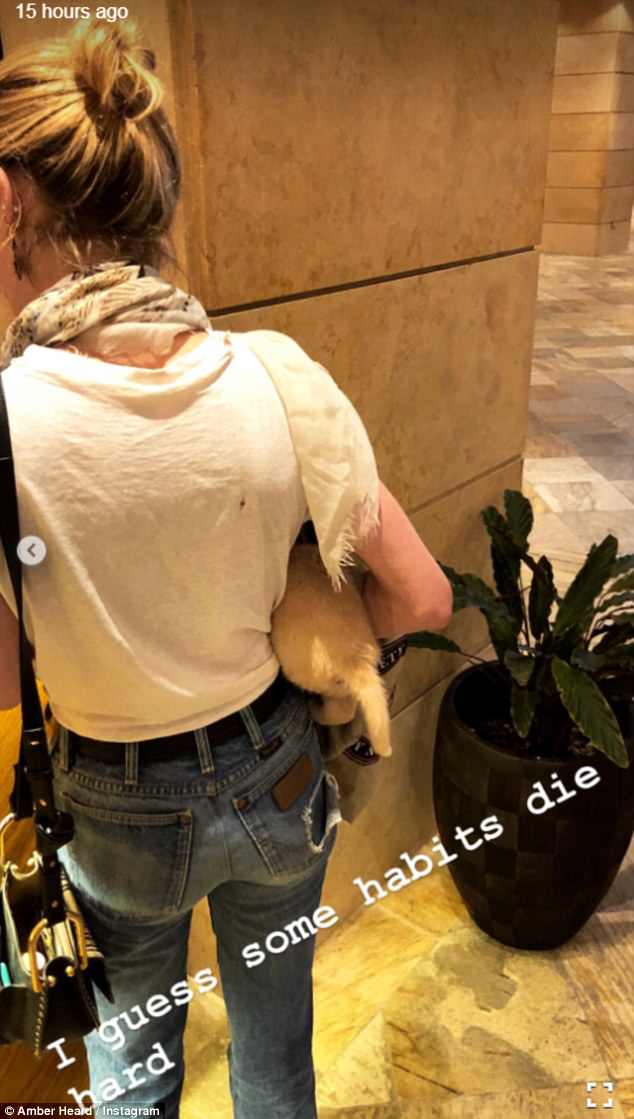 Amber was no doubt referring to the incident in 2015 when she smuggled her pet dogs into Australia after flying in on a private jet with her husband at the time, Johnny Depp.

Amber was let off with a good behavior bond after she pleaded guilty to falsifying travel documents to sneak their two Yorkshire Terriers, Pistol and Boo, into the country when Johnny was filming the latest Pirates of the Caribbean film.

As part of the plea deal, the couple made an apology to Australia in a short video that was meant to highlight the importance of quarantine to protecting Australia.

It was widely mocked for its dead-pan tone and the actors' odd manner, with many likening it to a North Korean or ISIS hostage video.

Amber was then cleared of charges of illegally importing animals for not putting the dogs through proper quarantine procedures.

In the initial furor, Deputy Prime Minister Barnaby Joyce had threatened to have the pups euthanized if they were not immediately removed from Australia.

'It's time Pistol and Boo b***ered off to the US,' he said. 'Mr. Depp has to take his dogs back or we're going to have to euthanize them.'

Amber has been in Jordan helping Syrian refugees on a medical mission. 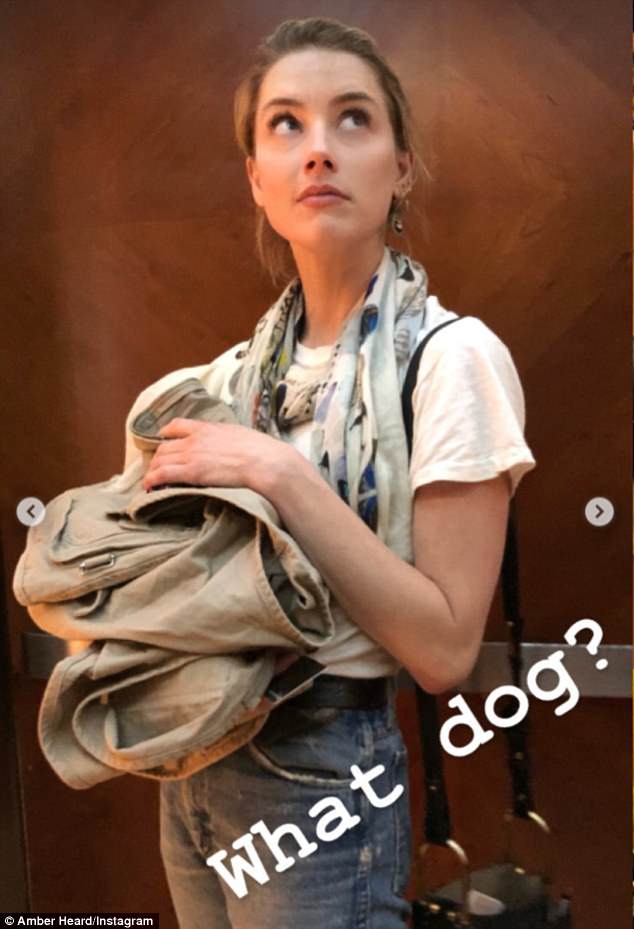 Charitable Amber has also quietly contributed millions to Children's Hospital Los Angeles, fulfilling her 2016 promise to give a large sum of her divorce settlement to two charities dear to her heart.

Amber and Johnny married in February 2015 with the actress filing for divorce in May 2016 and obtaining a restraining order against Depp after accusing him of domestic violence.

The Rum Diary star finalized her in January 2017, months after the pair came to a settlement - when she agreed to give money to the children's hospital as well as the American Civil Liberties Union.