As a two-time Critics' Choice Awards nominee, she knows the drill.

And while she didn't snag a nod this year, Emmy Rossum's sartorial choices certainly deserved praise from the fashion world on Sunday night.

The 32-year-old actress stunned in a plunging maroon velvet dress by Ralph Lauren Collection as she walked the red carpet in Santa Monica with her husband Sam Esmail.

There was a regal sense to the entire ensemble, including a royal-reminiscent necklace that was clasped close to her throat. 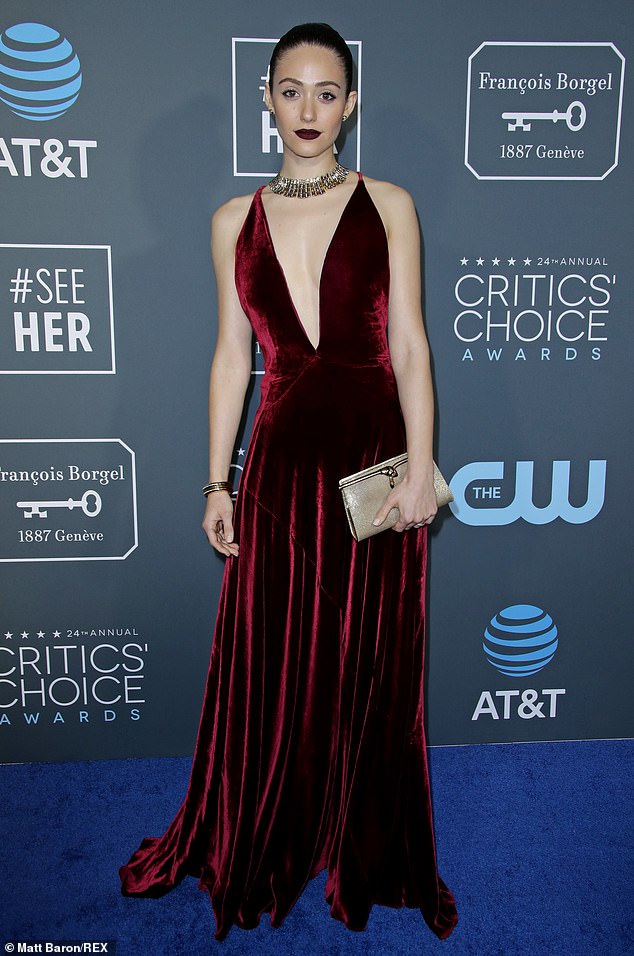 Emmy added two bracelets and carried a Champagne-colored clutch in her left hand.

Esmail was no slouch as he stood next to his gorgeous wife of one year.

The Mr. Robot creator opted for a classic look, opting for a black suit, with a white shirt, and a black tie.

Emmy and Esmail got engaged in 2015, after dating since they met on his directorial-debut Comet, which she starred in.

Neither Emmy nor Esmail are strangers to the Critic Choice Awards.

He, meanwhile, was nominated once as the creator of Mr. Robot in 2016 for Best Drama Series, and took home the award.