By now, it’s easy to recognize the Shondaland formula: Assemble a diverse group of good-looking young people at the start of their careers in high-­pressure aspirational jobs (doctors, lawyers, fire­fighters, etc.); place them in the charge of experienced grown-ups (some mentors, some tormentors); assail them with personal and professional problems; garnish with sex scenes. ABC’s new legal drama For the People is formulaic in the best way possible, meaning it delivers exactly what you want from a Shondaland drama — and perhaps a little bit more.

Created by Scandal writer Paul William Davies, People (premiering March 13 at 10 p.m. ET) begins in the United States District Court for the Southern District of New York — “The oldest, most prestigious, highest-profile trial court in America,” intones a judge — as a comely group of assistant U.S. attorneys and federal public defenders somberly recite their swearing-in oath. The stage is set for a showdown between emotion and logic: Public defenders Sandra (Britt Robertson), Allison (Jasmin Savoy Brown), and Jay (Wesam Keesh) are idealists ready to change the world, while their flinty prosecutor counterparts Kate (Susannah Flood), Seth (Ben Rappaport), and Leonard (Regé-Jean Page) value rules (and winning) above all else. 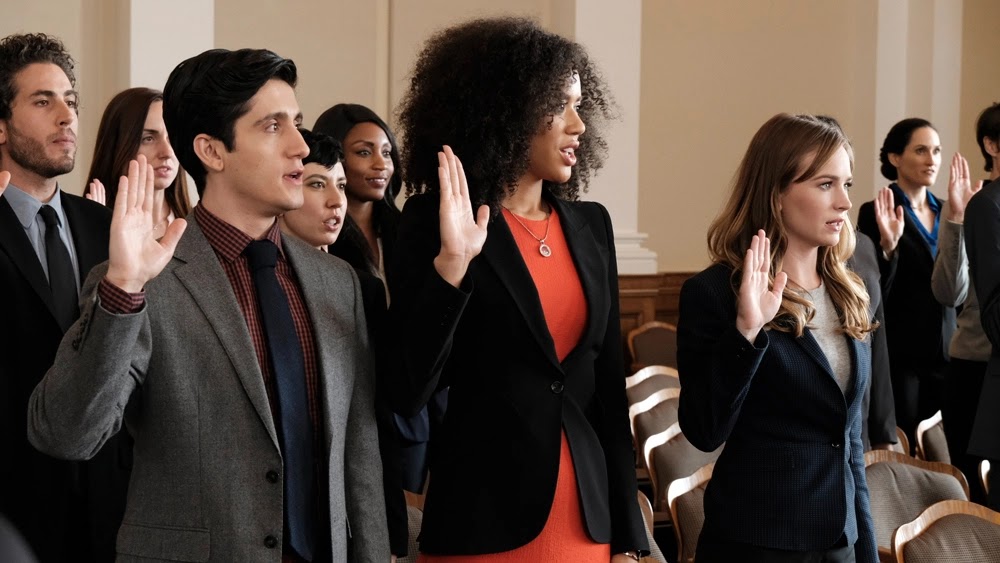 Guiding our protagonists through the tricky maze of How the World Really Works are a trio of veteran law officers: patient ­federal public defender Jill Carlan (Hope Davis); clerk of court Tina Krissman (Anna Deavere Smith), a woman who specializes in hard stares and tough love; and U.S. ­attorney’s office chief Roger Gunn (Ben Shenkman), a perpetually bemused taskmaster who says things like “I’ve never been a fan of humility.” The Shondaland team has always known the value of balancing out a cast of fresh faces with exceptional character actors, and People is all the better for it: Shenkman, who delivers his lines with an effortless mixture of charm and smarm (charm?), is particularly fun to watch.

The focus never shifts far from the young women, though — specifically Sandra, a crusader whose passion for justice often veers into righteous indignation, and her well-to-do roomie, Allison. They’re the Meredith and Christina of this operation. But the most interesting relationship might be between Sandra and prosecutor Kate, a legal savant whose hyper­focus inspires dread in her opponents: “I haven’t slept more than four hours since elementary school,” she notes. (Think Paris Geller with a less frantic words-per-minute ratio.) When a case involving an NSA whistle-blower brings them together, it showcases snappy chemistry between Robertson and Flood; here’s hoping the grudging respect Sandra and Kate share develops into friendship.

There are a comforting “two sides to every story” theme to People’s cases-of-the-week, which allows the writers to expound on meaty issues (terrorism, human trafficking) without ever tipping the scales into liberal evangelism. And when things get too heavy, our heroines offer each other support and succor over Shondaland’s ever-present glasses of red wine. (Allison: “We have to do this together.” Sandra: “I don’t want to do it any other way.”) After all, when a formula works, you stick with it.