Elisabeth Moss, star of the dystopian drama The Handmaid's Tale on Hulu, was spotted leaving the set of Good Morning America in New York on Wednesday.

Moss greeted the cameras in a colorful ensemble featuring a kelly green ribbed crew-neck tee and a metallic A-line skirt of a midi-length.

And later in the day, the Emmy award-winning actress, 36, wowed onlookers in a striped mini dress with a dark jacket before changing into a bright yellow gown. 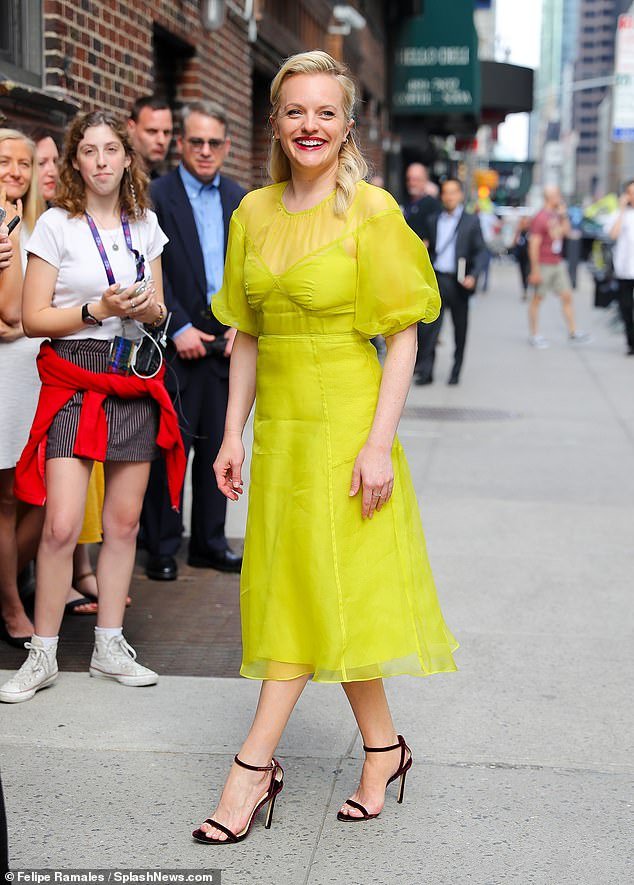 Daring to impress, Moss looked every inch the movie star in her couture black and white striped ensemble which she paired with a set of white high heels.

Her last wardrobe change found the Los Angeles native in a chic summer mood as she waved to fans in her breezy couture number.

She pinned back her trademark blonde tresses allowing a full view of her natural good looks as she opted for a soft smokey eye and a bright berry lip.

According to Hulu's official description, the new season of The Handmaid's Tale will feature 'startling reunions, betrayals, and a journey to the terrifying heart of Gilead.'

But scandal isn't the only reason to tune into this hit series.

Fans are also attracted to the series' message of female empowerment, as Moss discussed in her interview with Good Morning America host Michael Strahan.

When asked how it feels to see fans dressing in the crimson costume the series is known for, Moss expressed her appreciation.

'I get inspired when I see women wearing that costume and standing up for what they believe. That actually inspires me -- I think they're doing the real work. They're out there on the front lines. I feel honored to put on that costume with them,' she said.

Most of the images display Moss' main character June, known for her fight against the oppressive Gilead regime.

The images also feature Moira, played by Samira Wiley, 32, who also appeared on the Good Morning America telecast with Moss.

'To see that people are out there wearing the handmaid's costumes, it gives me a heightened sense of responsibility in terms of what we are making,' she said. 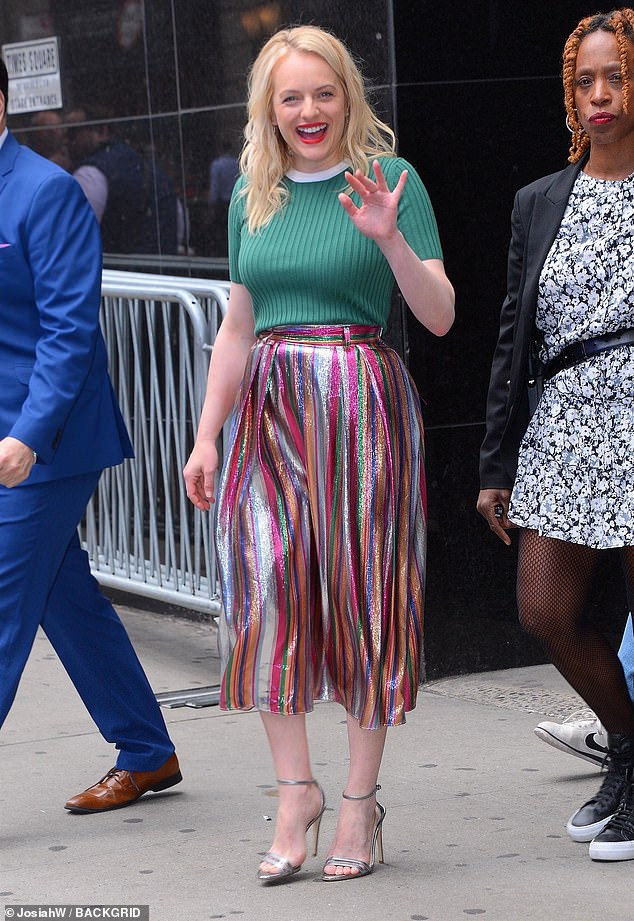 'It is television, but at the end of the day it can elicit real change,' she added when asked about her opinion of the many costumed homages to the show.

In 2017, The Handmaid's Tale became the first series from a streaming service to win Outstanding Drama Series at the Emmy Awards.

The show has won eleven awards and racked up several more prestigious honors, including a 2018 Peabody Award and a BAFTA Award.

Season 3 of The Handmaid's Tale debuted today at 12:01 AM. New episodes are released every Wednesday.