Hulu's new original series "The Act" is based on the real murder of Dee Dee Blanchard, whose daughter Gypsy Rose eventually pled guilty to second-degree murder. 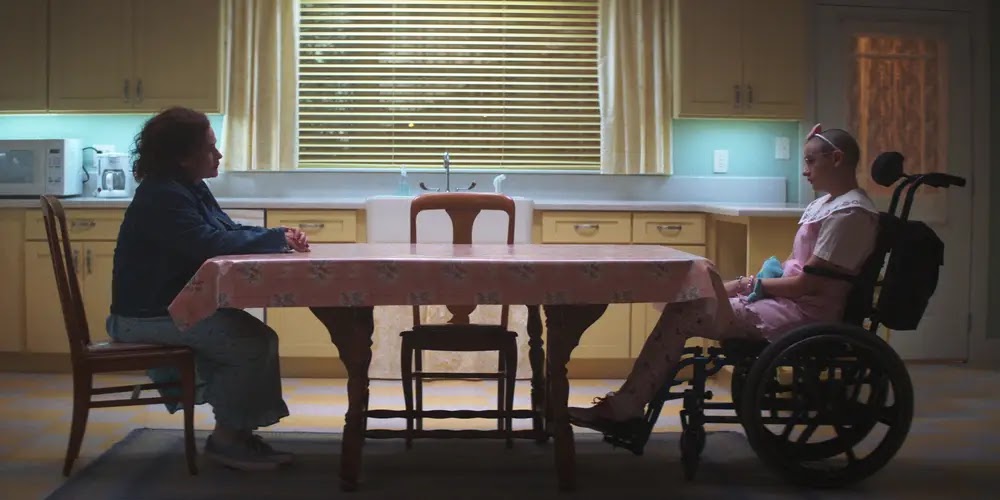 After her death, it was revealed that Dee Dee forcibly kept her daughter in a child-like state and convinced everyone — including many doctors — that Gyspy Rose was afflicted by a variety of diseases and mental illnesses.

Hulu's dramatic take on the tragic relationship was based on a Buzzfeed article by Michelle Dean, who adapted the series with Nick Antosca. It's the second retelling of the story since the 2015 murder, following HBO's popular documentary "Mommy Dead and Dearest," and has critics raving about the cast's performances.

The finale airs on Wednesday. Here's how the actors compare to the real people they play on the show.

Arquette is fresh off her win at the Golden Globes for her role in Showtime's limited series "Escape at Dannemora."

Dee Dee was found dead in her own bed on June 14, 2015. She had been stabbed several times in her sleep.

Dee Dee is speculated to have had a condition called Munchausen by proxy.

To the public's knowledge, Dee Dee was never evaluated by a mental health professional during her life, and she cannot be posthumously diagnosed. But multiple doctors and therapists who have studied this case say her symptoms are consistent with a rare mental illness called Munchausen by proxy, which is a form of abuse.

Caretakers who have Munchausen by proxy will pretend that the person in their care is ill or unable to function independently, and will usually cause them illness or pain on purpose.

According to MedlinePlus, most people with this problem are mothers with small children. It's very uncommon for the abuse to continue for as long as it did for Gypsy, who was under her mother's thumb well into adulthood.

Joey King plays Gypsy Rose Blanchard, who was a victim of her mother's abuse.

According to Gypsy, the abuse she suffered was both psychological and physical. In HBO's documentary, clinical psychologist Dr. Marc Feldman compared Gypsy's situation to that of a hostage.

Gypsy's mother made her believe that she was much younger, both mentally and physically.

Gypsy was born in 1991 and was 23 when she conspired to kill her mother.

But Dee Dee would claim that Gypsy had the mental capacity of a 7-year-old. Dee Dee also told Gypsy she was much younger, sometimes citing different birth years.

The Blanchards' friends and family, including Gypsy's father, believed that Gypsy was confined to a wheelchair due to muscular dystrophy. According to Buzzfeed, tests for muscular dystrophy repeatedly came back negative, and Gypsy was aware she could walk by the time she was arrested.

Dee Dee also falsely claimed that Gypsy had been diagnosed with a variety of other diseases and mental illnesses, including leukemia, asthma, and infections that required multiple surgeries on her eyes, ears, and throat.

"Honey, you forget I am ruthless, and my hatred of her will force her to die," Godejohn texted Gypsy before the murder. "It's my evil side doing it. He won't mess up, because he enjoys killing."

Chloë Sevigny plays Mel, the Blanchards' neighbor, though it's unclear whether she has a real-life counterpart.

"[Robb and I] found it challenging," Sevigny told Collider. "Gypsy and Dee Dee are based on real people, and there's so much there. There's so much of that story they need to tell. We were obviously supposed to be a device for the storytelling."

"We were supposed to be the normal family," she continued. "We're also the observers and the audience. How do we help propel the story? What can we do, as actors and as characters, to show the opposite of what's going on, in this house across the street?"