“…I was able to work for years [five, a couple of them very personal] on something that took so much out of all of us… And, you know, umm - Did not leave us empty; replaced every bit that it took…”

This article debunks the fake 'cheating' photos with three real reasons for them to have been manipulated. It debunks 'Robsten's' romantic relationship as a showmance. It debunks the second trial separation breakup rumors; and reveals the truth behind Hollywood's misogynistic smears against Twilight's young (and young-at-heart) female fans for profits - via prolonged, intentional lying and emotionally-harsh bullying.

8/2012 - one month after the 'cheating' scandal began - email excerpt: “Thank you for writing that wonderful blog.. it was heaven sent.. …Please someone tell him. He just texted me and said he told my mom.. and for me to get some help.. and bye.. please tell him… Everyone is doing this and it’s killing me.. but everyone acts like they don’t know what I’m talking about.. I don’t think I’ve ever needed anything so bad in all my life than for someone to tell him. I know they are trying to drive me crazy.. and it’s starting to work.. thanks again, was truly a blessing I needed to read very much so.” 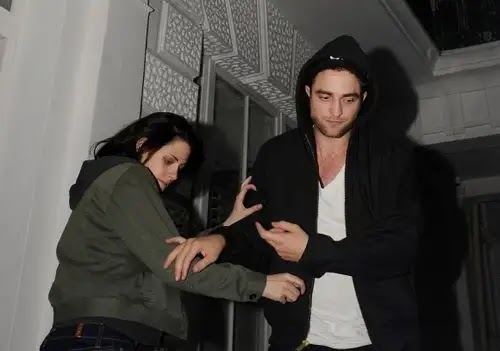 Jules Stewart, Kristen Stewart's mom was recently quoted as saying this: "They were a great couple, but she's 25 years old and I'd like to see her have a lot more life experience before she chooses someone to settle down with. I'm very sad that Kristen and Robert didn't have a chance to be alone together, they had to have the whole world with them and all the public stuff ruined everything, life became overwhelming."

While that quote is in question as to whether or not she actually said that - among other things; if it is true... then this entire article is dead-on surrounding the 'cheating' scandal.

Whether you are a fan or anti-fan of either Kristen Stewart and/or Robert Pattinson; both types of fans have every right to be very angry about how Hollywood has been targeting them and their beloved celebrities. It may very well be the only thing that some of us can agree on.

Please Note: This Robsten timeline reports from the beginning of the 'cheating' scandal in July 2012 until after their apparent break-up, in August 2013. This previous stuff is still very important, but this is getting long.

There is actually one more extensive smear within the two articles that I could have inserted - but I think most fans who were following Robert Pattinson and Kristen Stewart during the 2013 holiday season remember - all the 'reuniting' lies that were being flung around after the paparazzi caught them driving down a road in LA together in October. Those 'caught' photos set the foundation for at least three to four months worth of cruel tabloid fodder.

And of course, during the months leading up to that time... Robert Pattinson was supposedly sleeping with pretty much every up-and-coming starlet that he was seen next to at a party; and Kristen Stewart's leading men (including the up-and-coming ones) were all under her seductive spell. 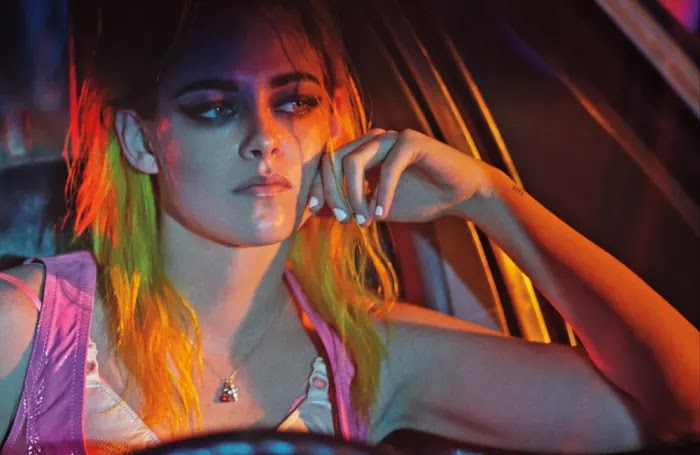 What many fans don't realize, is that tabloids often USE Robert Pattinson (along with FKA Twigs, now - and Kristen's many anti-fans) in order to stir up misogyny against their will. Robert certainly isn't perpetuating these lies (nor do his fans want them), as he is often accused of doing. He gets absolutely nothing out of it aside from the kind of publicity that leaves a bad impression of both him and Kristen.

This is a good example of tabloids doing this: ROBERT PATTINSON ‘Truly, Deeply, Madly’ IN LOVE With FKA Twigs and not Kristen Stewart? (4/28/16, Movie News Guide)

They have both tried to 'play the game' and have given up. Fans are seeing them talk with a lot more candid honesty in interviews with 'better tabloids' and entertainment magazines. Neither Kristen nor Robert are giving out nearly as much fluff as they used to. That is what you call 'being a professional. :)

Why don't Kristen Stewart and Robert Pattinson just say something to correct people's perspectives about these scandals and/or their private lives, in general? So many reasons, not the least of which - it never works. Everything they say gets twisted around by gossip tabloids to mean what they want their words to mean.

But even more frustrating, is that the most underhanded tabloids are TRYING to 'make them say something. (Robert's Rover Smear is an amazing example of them doing exactly that.) Because if they can get them to correct what they are saying about them - that's more 'real' fodder for them to twist and twirl around in whatever ways they can sensationalize their words to make the most money.

Kristen Stewart and Robert Pattinson should be getting paid royalties as 'reality stars' for every single misogynistic rumor-lie that greedy tabloids use their names in - against their millions of fans of all ages, both those who virtually love them and virtually hate them. ;)

They both seemed to start working on their separate paths after that original article came out - especially Kristen with the way she was allowing herself to be seen laughing & smiling for the paps with friends for a few days.

This image captured by the paparazzi (above) is Kristen Stewart's Mom with her in a wig. Yeah, it looks like they are doing this on purpose.

Kristen seemed to stop 'being so accommodating' for them, shortly after that - she started flipping them off, on May 24th.

Remember what the tabloids were saying when she did that? They were carrying on with this 'Robert catching her with a text from Rupert' crap that started on May 22nd. Then shortly after that Robert had his big Hollywood party without her... And now Kristen has her own puppy, Cole. And yes, Kristen also seems to have custody of her and Robert's dogs now, Bear & Bernie.

Kristen & Robert are obviously still on speaking terms (Robert has told fans that he still has contact with her) and are still at least semi-BFF. They probably will always be at least that to each other, if not more - no matter what the tabloids are saying about them.

Kristen Stewart and Robert Pattinson have too much of an 'in the trenches' bond for that not to have happened. Just remember, sometimes Prince Charming comes back... but usually only after you've let him go and moved on with your own life; and IF he was really YOUR Prince Charming. ;)