The 37-year-old actress sported three outfits before, during, and after the ABC talk show filmed in Hollywood.

The former The Walking Dead star was plugging her new comedy-drama Whiskey Cavalier which debuted Wednesday on ABC. 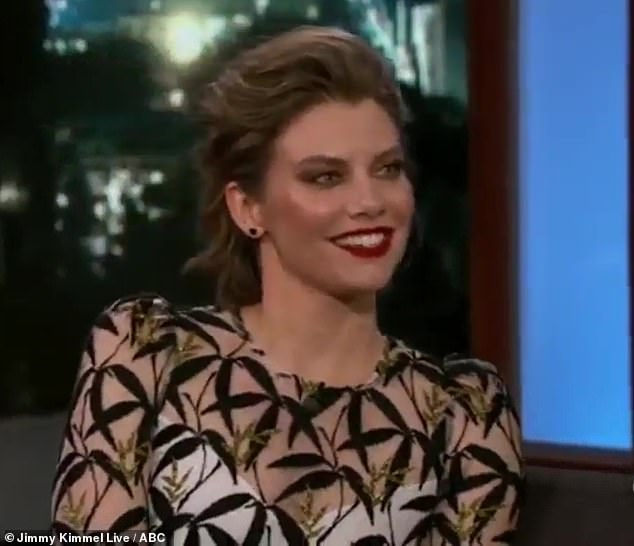 She earlier arrived in a pretty short-sleeved blue, black and white dress and left the show in a black cardigan and leopard-print trousers.

Lauren told Jimmy that she just returned from Prague after shooting the series there for 6 1/2 months.

The British-American actress said she tried to make friends with her driver David in Prague but they could find little in common.

Lauren said she tried her 'long-form jokes in English' but they failed as she tried to explain them.

She then resorted to shorter dad jokes and told him a classic.

Lauren looked runway ready as she arrived at the chat show studio in Hollywood in her tricolor dress.

She also wore open-toed black heels and accessorized with black sunglasses while carrying a Fendi purse.

Lauren lifted her shades as she flashed her cute smile to wave to fans.

She dressed down after the show and kept it casual in a black cardigan, black scoop neck top, and cuffed leopard-print trousers. 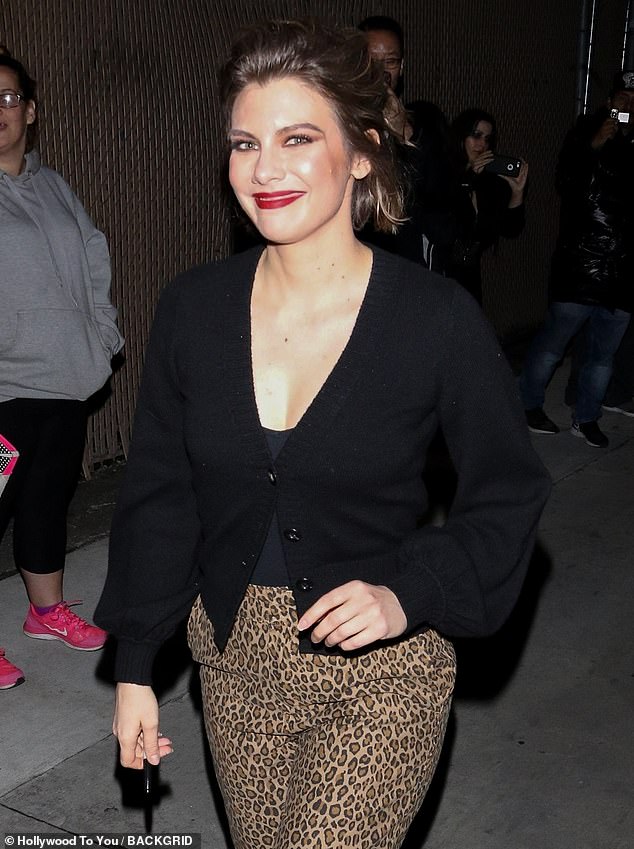 She stopped to take selfies with fans and also signed autographs.

Lauren stars in Whiskey Cavalier opposite Scott Foley, 46, known for his roles in the TV shows Felicity, Scrubs, Grey's Anatomy, and Scandal.

He gets a new assignment after a tough break-up with CIA operative Francesca 'Frankie' Trowbridge, played by Lauren, with the codename Fiery Tribune.

They team up to lead an inter-agency team of spies as they save the world while navigating friendship and romance.

The show airs on Wednesday nights on ABC.