The Vampire Diaries alum Nina Dobrev was wearing so much blush during her appearance on Monday's episode of The Daily Show with Trevor Noah that her cheeks looked bruised.

Make-up artist Daniel Martin had a bit of a heavy-handed approach bringing out the Bulgarian-born, Toronto-raised 31-year-old's cheekbones and he put an excess of matching gloss on her eyelids.

Nina was on the Comedy Central talk show to promote her role as political aide Ashley Pollock in Ricky Tollman's drama Run This Town, which details the turbulent final year of Rob Ford's tenure as the mayor of Toronto. 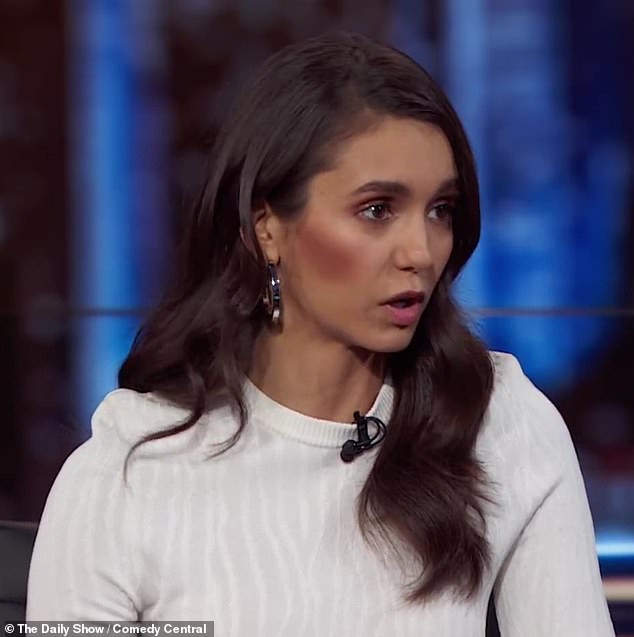 '[Mayor Rob Ford] was like foreshadowing what was about to happen [here]...Everyone thought he was entertaining and hilarious and weird, and they didn't take him seriously and yet he did all those things.

'I feel like it was a warning that no one really listened to. It's a cautionary tale that we need to be more aware of especially going into the next election.'

'Whatever your [political] opinion is, whatever you believe in, just get out there and actually vote,' the Lucky Day star urged her fans.

'Every election is just as important as the next. We all have voices and we all have opinions and we're entitled to them. And as long as people go out and believe in what they believe in and fight for it...we just need to get to the polls.'

Stylist Kate Young dressed Nina in all-white for her promotional duties, but she arrived to the studio wearing a brown tweed blazer, faded black jeans, and black pumps. 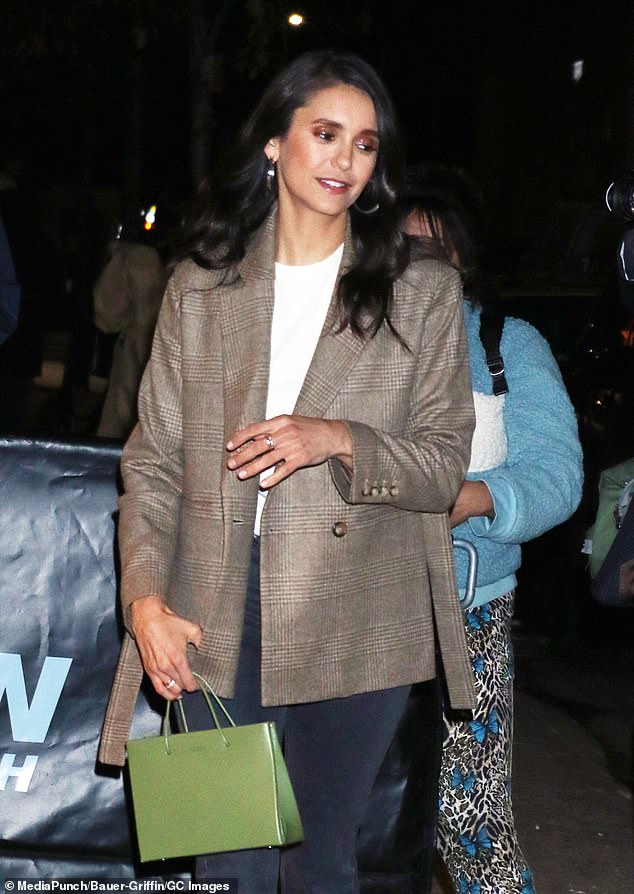 Dobrev - who's romanced Derek Hough and Ian Somerhalder - added a pop of color with her green shopping bag-style purse.

During her glam session with her squad earlier, Nina let off some steam by lip-synching to Toto's 1981 hit Africa while clad in her terry cloth hotel robe.