The gates of Australia's toughest prisons could soon be flung open as the Lawyer X scandal threatens to sink once air-tight prosecutions against her former clients.

A year ago it was unimaginable that a single villain represented by criminal barrister Nicola Gobbo could be cut loose over her role as an informer.

In July, the impossible happened and Faruk Orman was released from jail after 12 years behind bars. 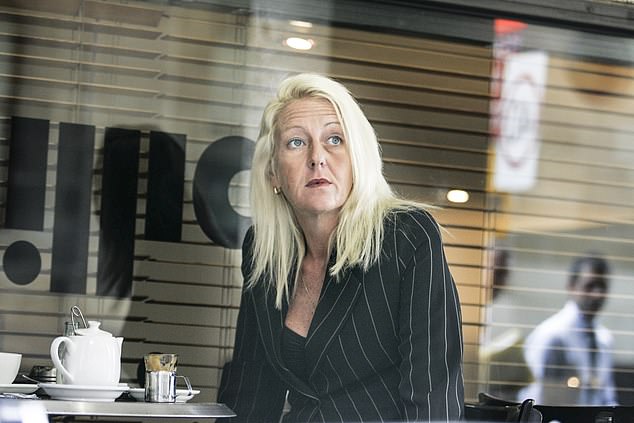 He was found guilty by a Supreme Court jury of being the getaway driver in the killing of Pierce, who was shot dead as he sat in his car in Port Melbourne.

Orman had always professed his innocence and appealed against his conviction all the way to the High Court.

He had served 12 years in jail upon his release.

Ms Gobbo denies ever breaching lawyer-client privilege during her years working as a police snitch.

In an explosive interview with the ABC's 7.30 program aired this month, Ms Gobbo spoke from an undisclosed foreign location, saying if she ended up in the courtroom dock for her behavior, Victoria Police should join her.

Mr Overland – who was made deputy commissioner in 2006, the height of Ms Gobbo's informing, and led the force from 2009 to 2011 – was forced to accept responsibility and concede the 'ethics were f***ed'.

Carl Williams also pleaded guilty to four murders on her advice before being murdered in Barwon Prison in 2010.

Former police chief Simon Overland has conceded police could have acted illegally in their use of Ms Gobbo.

Addressing the royal commission into the scandal, Mr Overland accepted responsibility as the most senior officer who knew Ms Gobbo was Informer 3838 but distanced himself from suggestions of criminal conduct and disavowed the detectives he led. 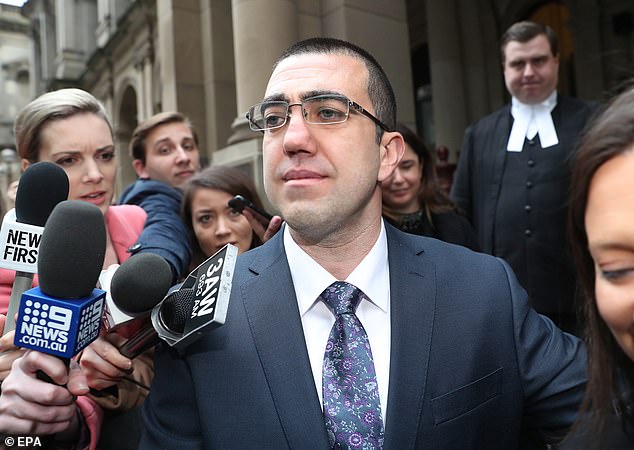 The revelations of Ms Gobbo's double dealing sparked a royal commission and cast doubt on the legality of dozens of convictions, with fears some of the nation's most notorious criminals could soon walk free.

'If you came to me and you were charged with murder and you sought my advice, anything you tell me about your murder charge is subject to privilege,' Ms Gobbo said this month.

'But if in the course of talking to me you told me all about your mate Bob who had guns hidden in his house, anything you tell me about Bob is not privileged. It can't be.'

Ms Gobbo was a registered informer three times on and off between 1996 and 2009.

The Court of Appeal heard this year that while acting for Orman, she encouraged the key witness against him to give evidence at his trial.

The witness told police Orman had confessed to being the getaway driver when Andrew 'Benji' Veniamin shot Pierce.

While working as a defence lawyer for Orman in November 2007, Ms Gobbo heard the witness wanted to withdraw his evidence.

She contacted her police handlers and encouraged them to visit the witness to 'put him straight'.

They did so, and his evidence was crucial in Orman's conviction.

The President of the Court of Appeal, Chris Maxwell, said Ms Gobbo's actions were a fundamental breach of her legal obligations to her client and to the court.

'There was, accordingly, a substantial miscarriage of justice. The appeal must therefore be allowed,' he said.

But a defiant Ms Gobbo said Orman should never have been convicted based on material available at his trial.

The prospect of others having convictions quashed based on her informing prompted Ms Gobbo to blame police.

Mokbel's lawyer Richard Maidment QC revealed in addition to an appeal against conviction he was also considering a petition for mercy from the court.

Mokbel and Karam each have decades remaining on respective 30 and 35-year jail sentences for drug trafficking.

The royal commission has heard Mokbel had always suspected 'mischief' in his prosecution but how far that extended to Ms Gobbo was never clear.

Solicitor Constantine Karageorge said the key could be in mystery emails written by an alleged ASIO agent attached to the Australian embassy consular staff in Athens in 2008, while Mokbel was on the run.

Mokbel, a dual Australian-Lebanese citizen, knew he had been betrayed by someone close to him when he was arrested in Greece but was not sure by whom.

'Tony suspected a leak but was not sure whether it was Gobbo or someone else he was close to, but he made admissions to her (Gobbo), admissions that may now not be admissible,' Mr Karageorge said.

'She advised him to get out of the country and to go to Lebanon which he went to and had he stayed there perhaps he would not have been extradited back.'