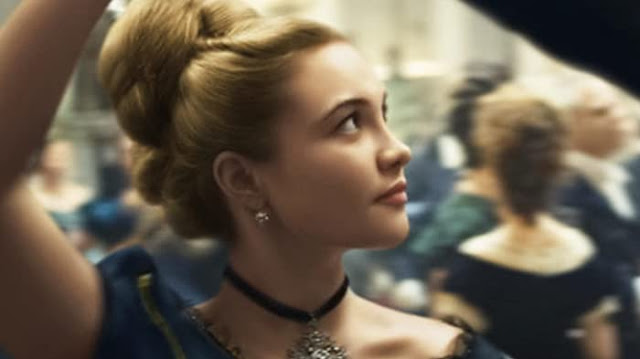 Wish granted: Florence Pugh joins the Shrek-verse in a new look at Puss in Boots 2. Pugh, who plays Yelena Belova of the Marvel Cinematic Universe in Black Widow and Hawkeye, rounds out the cast of DreamWorks Animation's Puss in Boots: The Last Wish. A sequel to the 2011 film that saw Antonio Banderas reprise his Shrek 2 role as swashbuckling outlaw Puss in Boots, The Last Wish reunites PiB with the street-savvy Kitty Soft Paws (Eternals' Salma Hayek) on an adventure with cheery pup Perro (What We Do in the Shadows' Harvey Guillén). See the new look below.
Pugh voices Goldilocks as part of a new cast that includes Olivia Colman (The Crown), John Mulaney (Spider-Man: Into the Spider-Verse), Anthony Mendez (Jane the Virgin), Wagner Moura (Narcos), Samson Kayo (Sliced), Da'Vine Joy Randolph (Trolls World Tour), and Pugh's Black Widow co-star Ray Winstone.

In Puss in the Boots: The Last Wish, daring outlaw Puss in Boots (Banderas) discovers that his passion for peril and disregard for safety have taken their toll. Puss has burned through eight of his nine lives, though he lost count along the way. Getting those lives back will send Puss in Boots on his grandest quest yet. PiB embarks on an epic journey into the Black Forest to find the mythical Wishing Star and restore his lost life. But with only one life left, Puss will have to humble himself and ask for help from his former partner and nemesis: the captivating Kitty Soft Paws (Hayek).
In their quest, Puss and Kitty will be aided—against their better judgment—by a ratty, chatty, relentlessly cheerful mutt, Perro (Guillén). Together, our trio of heroes will have to stay one step ahead of Goldilocks (Pugh) and the Three Bears Crime Family, "Big" Jack Horner (Mulaney), and terrifying bounty hunter, The Big Bad Wolf (Moura).
Next Post Previous Post
Celebrities Gossip