Like many, I enjoy playing the devil’s advocate from time to time. I like to argue about how gefilte fish is pretty much the pinnacle of Jewish cuisine, for example. I’ll even discuss some of the merits of the much-reviled movie, Avatar.

Scarlett Johansson seems to share this trait. But lately, some believe that the actress, 34, has taken this habit just a bit too far, thanks to the comments she’s made this year regarding her controversial casting choices and her recent defense of Woody Allen.

It’s certainly not a new thing for the Jewish mom — she has a daughter, 5-year-old Rose Dorothy Duriac, with ex-husband Romain Duriac — to be at the center of controversy. When she was just 21, she (in)famously posed nude on the cover of Vanity Fair, alongside an equally naked 20-year-old Keira Knightley and a clothed Tom Ford.

But if you think any entanglements that Johansson has experienced have negatively affected her career in any way, you are wrong: This year and last year, she was the highest-paid actress in Hollywood. The actress made $56 million in 2018, thanks to her role as Black Widow in the MCU (that’s Marvel Cinematic Universe, for the non-superhero literate among us). 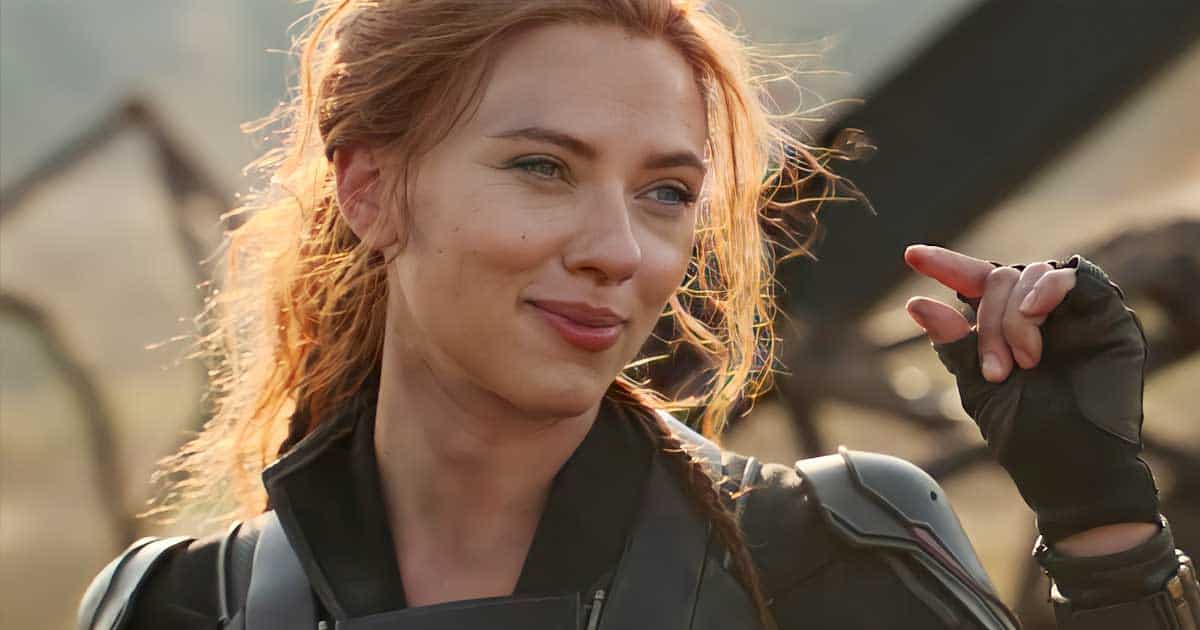 Johansson started her career incredibly early — she got her first starring movie role in Mannie & Lo at age 12 (her Jewish mom, Melanie Sloan, was also her manager at the time). She became an indie darling with Ghost World and Lost in Translation. She was later in the cast in three Woody Allen movies, Scoop, Vicky Christina Barcelona, and Match Point, and became a muse to the controversial Jewish director. She’s also a singer and has also recorded two albums.

Here is a somewhat comprehensive timeline of controversies and scandals involving the Jewish mom.

Way before #MeToo, Johansson was caught in a controversy when she became a brand ambassador for Soda Stream, the Israeli company known for their home seltzer machines. Johansson’s deal involved a commercial due to air at the Super Bowl. But back in 2014, the company had a factory in the West Bank (which has since closed), and many on Twitter attacked ScarJo for the decision, as did publications like Mondoweiss and AlJazeera. She was even criticized by OxFam. 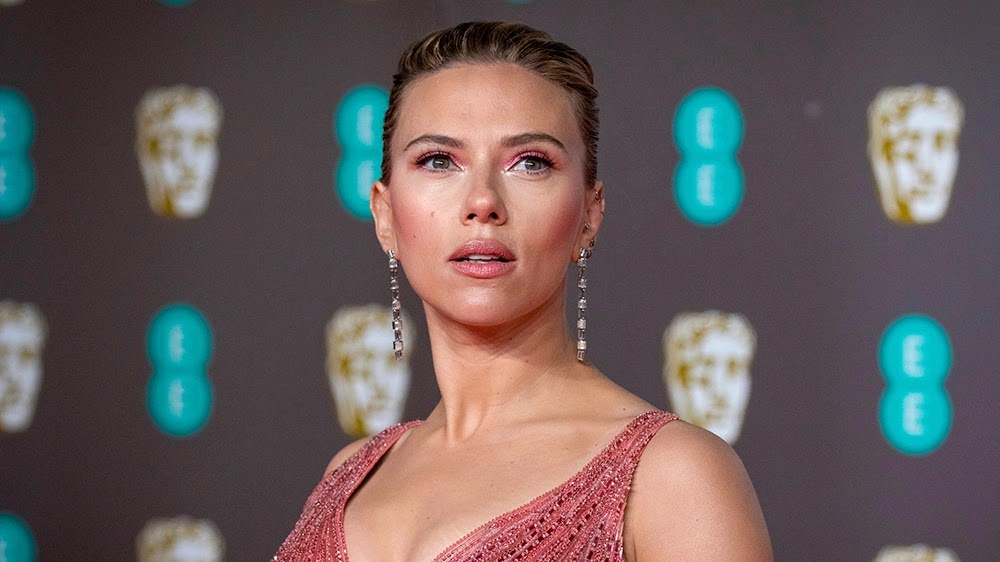 But Johansson stood by her decision, telling The Observer: “I was aware of that particular factory before I signed. And it still doesn’t seem like a problem — at least not until someone comes up with a solution to the closing of that factory and leaving all those people destitute.”

In 2015, Johansson was cast to play the main role in the movie adaptation of the popular manga and anime feature film Ghost in the Shell. Since the movie is based on a Japanese oeuvre, and takes place in a futuristic Japan, and the main character’s very Japanese name is Motoko Kusanagi — though Johansson’s character name was Major Killiam — many fans of Ghost in Shell were disappointed by the casting on a white actress.

Constance Wu even called Johansson’s casting “the practice of blackface employed on Asians,” reasoning that that phrasing would cause more of an outrage than using the term “yellowface.” Wu mistakenly claimed that Paramount used race-bending special effects on Johansson’s face (which they tested on a character in the film, and ultimately decided not to use, and never experimented with on Johansson).

As for Johansson, she said she felt it was important to star in an action movie with a female protagonist, and said she would’ve never taken the role if she felt she was taking it away from an Asian actress.

Ghost in the Shell ultimately was a bit of a flop, as it failed to rake the big bucks at the box office, and received mixed reviews.

A little more than a year after the release of Ghost in the Shell, news came out that Johansson was due to collaborate with the film’s director, Rupert Sanders, again. This time, she had been cast to play a trans man in Rub & Tug. Twitter was of course, aflame!

Initially, a rep for Johansson shared quite an abrasive response to the criticism from the actress: “Tell them that they can be directed to Jeffrey Tambor, Jared Leto, and Felicity Huffman’s reps for comment.” All three actors had, of course, played trans characters to great critical acclaim, in Transparent, Dallas Buyers Club, and Transamerica, respectively.

Eventually, however, Johansson did relinquish the role, telling Out magazine: “In light of recent ethical questions raised surrounding my casting as Dante Tex Gill, I have decided to respectfully withdraw my participation in the project. Our cultural understanding of transgender people continues to advance, and I’ve learned a lot from the community since making my first statement about my casting and realizing it was insensitive.”

July 2019: As If Magazine interview

In an interview in As If magazine, with artist David Salle, Johansson said: “As an actor, I should be allowed to play any person, or any tree, or any animal, because that is my job and the requirements of my job.” It was a response to questions about representation (um, see above). The statement drew anger from many, especially following her problematic track record regarding roles that represent minorities.

Johansson responded by saying her statement had been taken out of context. In the same interview, the actress herself acknowledged, “there are a lot of social lines being drawn now, and a lot of political correctness is being reflected in art.”

When asked about her feelings about this topic, she agreed that “it needs to happen for various social reasons, yet there are times it does get uncomfortable when it affects the art, because I feel art should be free of restrictions.”

It’s honestly not 100% clear what Johansson is saying here. She doesn’t seem to be against representation — it makes sense for “social reasons” — but she’s obviously uncomfortable with how this conversation has affected her own artistic expression. Still, Trevor Noah of The Daily Show had a good point about how important it is for minorities in this country to see themselves represented on screen, in a non-stereotypical fashion.

Johansson has acknowledged that she and Allen have a lot in common, from their hypochondria to their love for witty banter.

“I just adore Woody. We have a lot in common. We’re New Yorkers, Jewish. We have a very easygoing relationship,” Johansson once said.

And Allen once (kind of disturbingly) said of Johansson: “It’s very hard to be extra witty around a sexually overwhelming, beautiful young woman who is wittier than you are. Anytime I say anything amusing, Scarlett tops me.”

Since Johansson starred in his movies, however, the Jewish director fell into disfavor with Hollywood, following a resurfaced allegation made by his adoptive daughter, Dylan Farrow, that he sexually assaulted her when she was 7 years old. Allen has always refuted the accusations against him, but with the surge of #MeToo, many actors are distancing themselves from the acclaimed director. (Example: Elle Fanning and Timothee Chalamet, who donated their salaries from A Rainy Day in New York, Allen’s latest movie, to charity.) Amazon, too, has attempted to cancel its film deal with the director, and he is struggling to get his movies released in the U.S.

Johansson has, however, stood by the director’s side. In an interview with the Hollywood Reporter, she said, “I see Woody whenever I can, and I have had a lot of conversations with him about it. I have been very direct with him, and he’s very direct with me. He maintains his innocence, and I believe him.”

Twitter was, yes, once again, enraged. And even Farrow responded, saying Johansson has “a long way to go in understanding the issues she claims to champion.”

In a recent interview, Allen also re-iterated that he maintains his innocence: “I’ve worked with hundreds of actresses, not one of them has ever complained about me; not a single complaint. I’ve employed women in the top capacity for years and we’ve always paid them the equal of men,” Allen said. “I’ve done everything the #MeToo movement would love to achieve.”

While Johansson’s comment may feel tone-deaf, she’s hardly the only famous person to stand by the director — Diane Keaton and Barbara Walters, among them.

But, as arrow reminds us in her Tweet, Johansson is a very vocal supporter of Time’s Up (she was invited to be part of the #MeToo movement by Natalie Portman) and has called James Franco out about his own #MeToo allegations, which he also vehemently denies.

So, really, it’s hard to know what to make of Johansson. On the one hand, she’s not afraid to put her money and her mouth behind causes that she cares for. On the other hand, she has a tendency to seriously put her foot in her mouth and, at times, undermine her own activism.

One thing is for sure, it seems that Johansson is not going anywhere. The actress is about to get her own eponymous Black Widow movie and she is even eyeing the director’s​ chair. So we may have more sensational statements to add to this list soon. We’ll keep you posted!