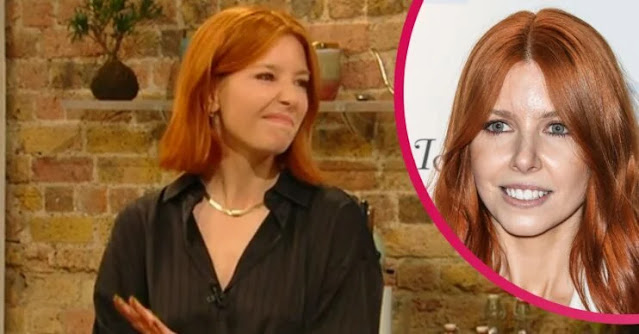 Stacey Dooley appeared on Saturday Kitchen today and her outfit caused quite a stir amongst viewers.
However, whilst it appeared she had forgotten to button up half her top, in fact, it was a reflection causing the confusion! 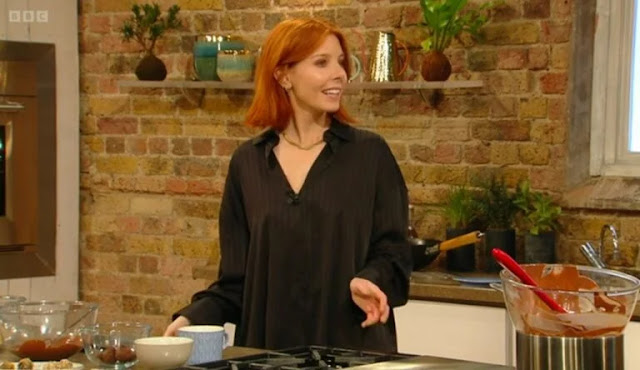 What did Stacey Dooley wear on Saturday Kitchen?

Stacey – and her newly trimmed hair – were in the studio today.
She was dressed in all black, accessorized with lime green shoes and matching nails.
However, at first, glance when the show began, it looked like Stacey only had one button done up on her blouse!
Viewers at home were quick to point out it wasn’t especially appropriate for a morning show.
“Stacey Dooley overslept this morning and forgot to button up her blouse!!” said one.
Another added: “Not sure about the outfit for a morning cookery show Stacey Dooley.”
“Oh dear Stacey Dooley hasn’t had time to dress, a barely buttoned top is not a great look for a family food program,” said a third.
“Stacey Dooley is a wardrobe malfunction waiting to happen…” agreed a fourth.
Someone else stated: “What on earth is Stacey Dooley wearing?”
However, in actual fact, Stacey’s blouse was fully buttoned – as was shown when she stood up later in the show.
What appeared to be her flesh on display was in fact the reflection from the glass table!
Next Post Previous Post
Celebrities Gossip