She is set to play the role of Melbourne Cup-winning jockey Michelle Payne in the new biopic, Ride Like A Girl.

And on Saturday, actress Teresa Palmer, 33, spoke about the terrifying moment she became fatigued while filming a potentially dangerous horse riding scene at Flemington race track in Melbourne.

Speaking to The Sydney Morning Herald, the Australian actress said she trained five days a week alongside Victoria Racing Club clerk Peter Patterson - and at times was pushed to her limits.

The film's director, Rachel Griffith, also admitted that the experience was the 'worst three minutes of her life.' 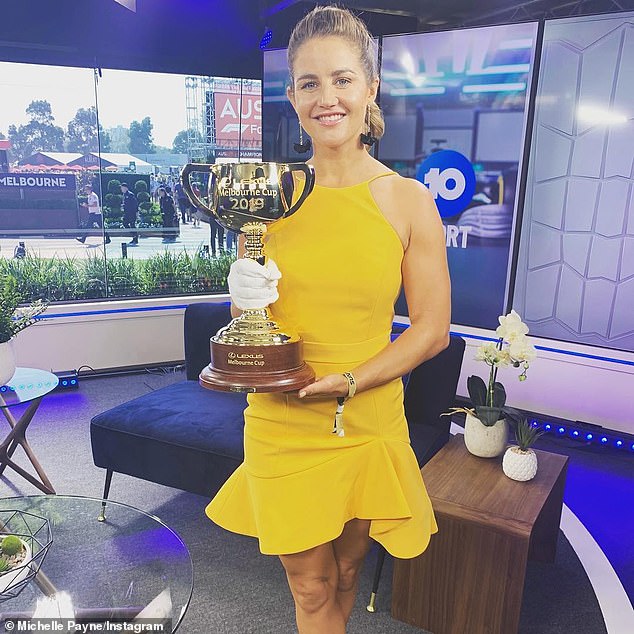 Ride Like A Girl retells the story of Michelle Payne, the first female jockey to win the Melbourne Cup.

Speaking to the Herald Sun on Tuesday at the Victorian Spring Racing Carnival, Teresa said she is proud of what the film represents.

'Life is tough for everyone, and there are so many highs and lows,' she explained.

'The main thing is, if you have a dream and you believe in yourself, anything is possible. I'm proud that's what the film represents,' she added.