Mere days after news broke that influencers associated with Fyre Festival might have to testify as part of Fyre’s bankruptcy filing, a more recent controversial brand ambassador is taking her own legal measures. Kelleth Cuthbert, the model who achieved meme status after photobombing celebrities at the Golden Globes with a tray of Fiji Water bottles in hand, is now suing the water company for using her newfound fame without her permission. According to documents obtained by the Blast, Cuthbert (whose legal name is Kelly Steinbach) is alleging that Fiji “intentionally created cardboard cutouts of Steinbach for use in a cardboard cutout marketing campaign.”

Cuthbert also claims that Fiji only tried to make a deal with her agent after already having placed a cutout in a Bristol Farms location in L.A. According to the suit, Fiji also “pressured Steinbach into video recording a fake signing of a fake document to simulate Steinbach signing on as a Fiji Water Ambassador.” Her legal team alleges the document was not legally binding and later destroyed by Cuthbert. 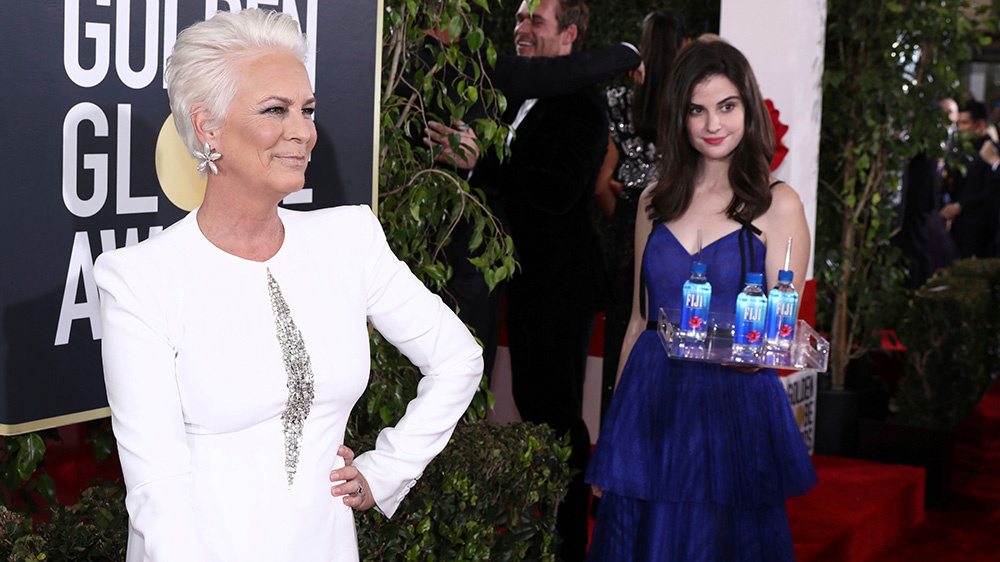 A representative for Fiji told the Blast, “This lawsuit is frivolous and entirely without merit. After the Golden Globes social media moment, we negotiated a generous agreement with Ms. Cuthbert that she blatantly violated. We are confident that we will prevail in court. Throughout our history, we have had a sterling reputation working with talent.”

In an interview with Slate after the Golden Globes, Cuthbert claimed she wasn’t seeking out meme-ification.

“There are photographers everywhere on the red carpet, and no matter where you stand, you get caught in the crossfire,” she said. “You have to serve good face no matter where you’re standing because you’re inevitably in someone’s shot.”

This most recent development raises the possibility that she will have to serve that good face in court.