The artist’s open letter about the sale of her former record label portrays a business matter as a story of bullying and virtue—and others involved have used similarly moralizing rhetoric.

Scott Borchetta is widely recognized as the man who made Taylor Swift’s career by signing, in 2006, the then-15-year-old unknown singer. But it could also be said that Swift made Borchetta’s career. In 2005, the Nashville record exec left DreamWorks Records “to roll all the dice,” as he later put it, and start a new label, Big Machine Records, with just three artists: Jack Ingram, Danielle Peck, and Swift. Borchetta would go on to sign other big country acts—Florida Georgia Line and Thomas Rhett among them—but none as world-crushingly successful as Swift turned out to be. Her achievements in large part explain the more than $300 million that Big Machine was reportedly sold for last week.

Swift isn’t happy about that sale, even though she’s no longer signed with the label. Her six-album deal with Big Machine ended with the release of 2017’s Reputation, after which Swift opted to sign a new contract with Universal Music Group, the largest music company in the world. The decision to exit Big Machine, she said in a note posted on Sunday, was “excruciating.” By going, she was leaving behind the control of all her master recordings—“Music I wrote on my bedroom floor and videos I dreamed up and paid for from the money I earned playing in bars, then clubs, then arenas, then stadiums.”

Swift’s gripe is that Borchetta has sold his company—and its rights to masters of Swift’s catalog—to a man that Swift appears to consider a nemesis: Scooter Braun, one of the most famous music executives in the world. Braun discovered and signed Justin Bieber in 2008, and the roster for his SB Projects label has included Ariana Grande, Hilary Duff, and Carly Rae Jepsen. He’s been the manager for Kanye West, too—and that, more than anything, is ostensibly why Swift is angry.

On Tumblr, Swift blasted Braun for “the incessant, manipulative bullying I’ve received at his hands for years.” What she’s referring to is not some behind-the-scenes intrigue, but rather one of the most spectacular scandals of Swift’s career. In 2016, West released a song that mentioned Swift, saying, “I made that bitch famous.” Swift said publicly she was offended by the line; West responded that he’d called up Swift to ask permission to use it; Kim Kardashian then posted a recording of him doing just that (though, crucially, according to Swift and her defenders, he didn’t appear to mention the word bitch). The fallout was largely negative for Swift because the episode made her seem disingenuous; Kardashian’s legion of followers labeled Swift a “snake.” Now Swift’s bringing up the chapter again—as well as the West music video that featured a naked mannequin of Swift—as evidence of “bullying” by Braun’s clients. 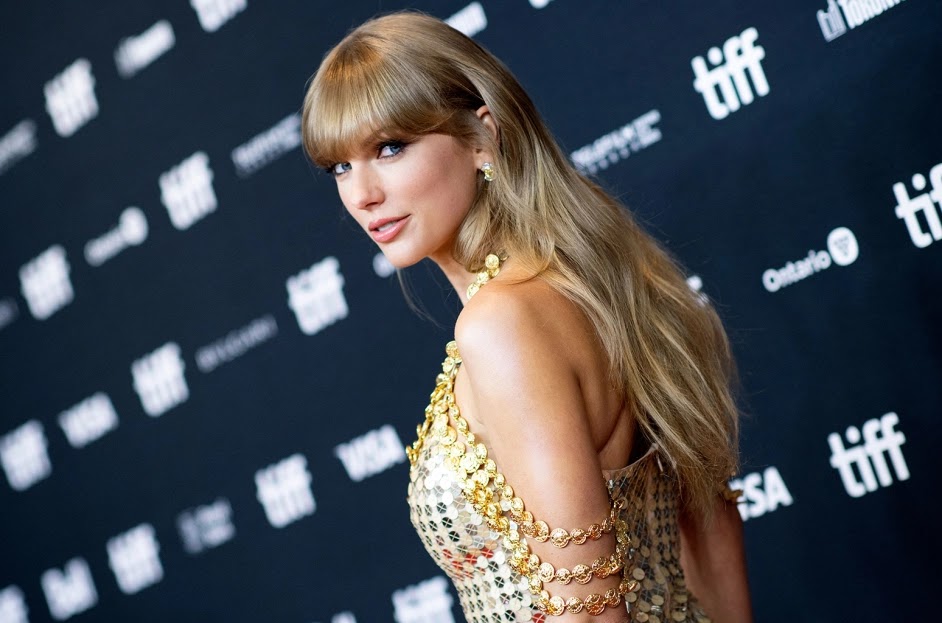 On one level, this is a business dispute that highlights tensions in the music industry (both intractably ancient and very current). When Swift signed her six-album deal that furnished Big Machine with rights to her masters, she was partaking in a classic arrangement for new artists: handing over future control of music in exchange for start-up promotional, recording, and distribution help. As she’s risen to megastardom, she’s chafed at that arrangement the same way that many successful musicians have chafed at not having ownership of their work. Prince, who famously protested Warner Bros. Records in 1993 by writing the word slave on his cheek, struck a deal for his own back catalog at great cost in 2014. Paul McCartney preached for years about the importance of artists owning music—and one person he preached to, Michael Jackson, ended up buying the rights to the Beatles’ catalog from under him. West himself recently filed suit to gain control of his own masters.

Swift and Borchetta disagree about whether Swift had an opportunity to buy her catalog. Swift said she was only presented with a deal to re-sign with Big Machine and slowly “earn” back her masters, but text messages and a draft contract that Borchetta made public suggest “100% of all Taylor Swift assets were to be transferred to her immediately upon signing the new agreement,” as Borchetta put it in his public rebuttal to Swift. Either way, Swift must have thought the terms Borchetta sought were too onerous. A 2018 Billboard story reported that Big Machine, when seeking to auction itself to a larger company, had set an unprecedentedly high price for the potential sale of its masters, likely reflecting shifting market considerations: “To investors, master recordings are beginning to look more attractive … [for] requiring less work to monetize than ever, thanks to streaming’s predictable—and growing—monthly payments.”

For a business battle, though, the saga that’s unfolded has turned oddly personal. Swift’s note said, “When I left my masters in Scott’s hands, I made peace with the fact that eventually he would sell them.” The thing she now objects to is who Borchetta sold them to—Braun. West’s and Kardashian’s alleged harassment of Swift, egged on by a social-media posting by Bieber, amounted to “bullying” that Braun sanctioned. “Essentially, my musical legacy is about to lie in the hands of someone who tried to dismantle it,” Swift wrote. Braun’s camp has fired back by suggesting that he’s the one getting bullied. Bieber posted that he was sorry for once mocking Swift online, but also said that Braun actually discouraged Bieber from doing so. Braun’s wife, the philanthropist Yael Cohen, defended her husband with a harsh, multifront diss of Swift. “Girl, who are you to talk about bullying?” she asked. “The world has watched you collect and drop friends like wilted flowers. My husband is anything but a bully, he’s spent his life standing up for people and causes he believes in.”

Perhaps most shocking is Borchetta’s response, though. In clinical, unemotional prose, the man who publicly has been one of Swift’s great allies said that Braun previously reached out to ask Swift to contribute to two charity efforts: the benefit show for Manchester following the bombing of Ariana Grande’s concert in 2017, and the anti-gun-violence march led by survivors of the Parkland high-school shooting. Putatively, he’s sharing these facts to portray Braun as someone who’s sympathetic to Swift. But Borchetta goes out of his way to note that Swift declined both invitations. He thus further feeds a narrative that she is socially disengaged or callous (a long-standing one that Swift has recently tried to unwind). It’s a nasty move that attempts to change the subject from business ethics to larger political and moral matters.

For her part, Swift is also trying to pursue financial goals under the cloak of virtue. By taking her complaints online, Swift likely hopes she’ll create a public-relations problem that could influence how Braun handles her masters—or even push him to relinquish them to her. Her post, however, does not specify that this is her motive. Instead, she gestures at feminism by saying Borchetta and Braun are “controlling a woman who didn’t want to be associated with them. In perpetuity. That means forever.” She also purports to be setting an example: “Hopefully, young artists or kids with musical dreams will read this and learn about how to better protect themselves in a negotiation. You deserve to own the art you make.”

A greater good and a greater payout can, of course, sometimes align. Swift has reason to believe that picking this fight in public, and marshaling the language of liberation, is a smart move—after all, she’s deployed this playbook before. In 2015, she successfully shamed Apple Music for not paying musicians more, and last year she secured assurances from Universal that all its artists would get a cut if the record company cashed out its shares of Spotify. In both instances, she talked about a greater good—fairness and artistic freedom—while also shoring up her bottom line. Now Swift has antagonized a powerful wing of the music industry by going after Braun, but her assertion that “you deserve to own the art you make” would seem, to almost any layperson, a truism. A screwed-up system is what makes it otherwise, and Swift is not the first musician to profit from that system and then wake up to its failings.