Milla Jovovich is shocked by Russia's attack on Ukraine. This Hollywood star was born to the world in Soviet Ukraine. After the collapse of the Soviet Union, her family, like the others, fled to the United States. Mila struggled hard and grew up there. The 'Resident Evil star has called for help in her homeland Ukraine, which was recently attacked by Russia on social media.

On February 26, Mila wrote on Instagram, "My country and its people have been bombed. Our friends and family are hiding. My roots are in Ukraine and Russia. Seeing this horror, I am divided. The country has been destroyed, and people have become refugees. Their lives have become chaotic. I still remember the horrific story of the war in my father's country, the former Yugoslavia, and the war I heard from my family. War is war. Leaders can never bring peace. There is no end to this chaos of imperialism. It always brings tears to the eyes and lives of ordinary people. "She shared a link to help Ukraine. 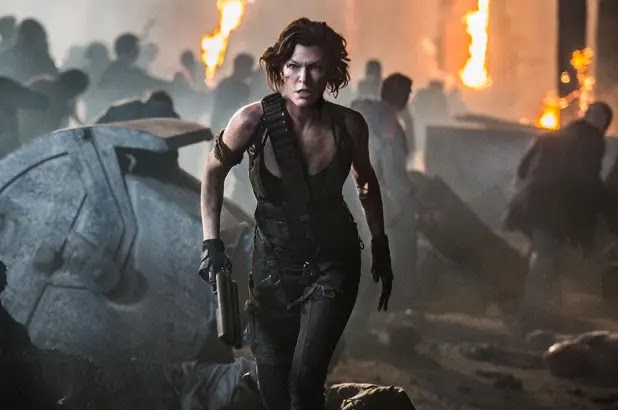 Before becoming a Hollywood star, Miller's name was Melissa Vagnova Yobovich. Vaganova is her family name. Such are the names of the Eastern European Slavs. Mila was born in 1975 in Kyiv, Ukraine, in the Soviet Union. Her website says she is Montenegrin. Her father was a Serbian physician by profession. The mother was born in Ukraine, but she is Russian and a well-known actress. Miller's family moved to the United States when she was just five years old. The new life there was not very easy for them. "The kids there used to make fun of me because of my name and my past," she wrote on her website. They were afraid of me because I was not American. They thought I was a Russian spy. Among many people, I was never accepted. So I learned to be alone and to spend time in my own world.

Mila was not disturbed by all this. “Our family hoped to move forward quickly. I knew I had to work. Life outside of school and watching the kids tease me. I never came home from school crying. I didn't even have that time. I had to do a lot of things, "said Mila to Purple Fashion magazine.  Oddly enough, Mila can mean in French, Serbian and Russian, not Ukrainian. She told Vogue UAE that she did not remember Ukraine very well. Because she spent most of her time in Moscow. Mila gained immense popularity by starring in the movie series 'Resident Evil'. Most of her films are action-packed. Her other films include 'Return to the Blue Lagoon, 'Monster Hunter', 'The Fifth Element, 'Ultraviolet' etc.