Now that Jennifer Lawrence has apologized for causing a flap by joking about scratching her rear with sacred Hawaiian stones during the filming of The Hunger Games: Catching Fire, the mini-scandal has left many wondering about those sacred rocks.

The Oscar winner, 26, got into hot water when she appeared on The Graham Norton Show Friday and told a story about trying to relieve an itchy posterior during the shooting of the blockbuster on the island of Oahu.

The anecdote was meant to be funny, but it was no laughing matter to many native Hawaiians, who consider some of the locations used by the filmmakers on Oahu’s north shore to have great spiritual importance, right down to the stones on the beach. When Lawrence realized she’d caused real upset, she gave a public mea culpa. “I meant absolutely no disrespect to the Hawaiian people,” the actress wrote on Facebook. “I really thought that I was being self-deprecating about the fact that I was ‘the curse,’ but I understand the way it was perceived was not funny and I apologize if I offended anyone.”

The story has led outsiders to ask why the rocks are considered so spiritually important — a question native Hawaiians say is deeply embedded in their culture and tradition.

Turns out the area where Lawrence was shooting, the Waimea Valley on the island’s north shore, has tremendous historical significance. “It was an archeological site,” says Hawaiian cultural expert Kahokule’a Haiku, who advised the Hunger Games, production team. Haiku has been featured in the New York Times for his work in the Waimea Valley. “It’s an ancient Hawaiian living site and there are several hundred burial caves right in that area. The caves contain the bones of our ancestors—but not just any ancestors. They are called Kahuna. These were the astronomers, navigators, and doctors of the time. They were the Einsteins and Marconis of Hawaiian culture. And they were filming just a few yards away.”

Issues of indigenous rights are hot-button issues in Hawaii, where many native people have felt swamped by mainstream American culture and are keen to protect their heritage. Hawaii was an independent monarchy until 1893, when its last monarch, Queen Lili’uokalani, was overthrown by a party of American businessmen. Soon after, President Benjamin Harrison annexed the Hawaiian islands. Many Hawaiians have felt disrespected by the mainland ever since.

Like many native cultures, ancient Hawaiian religion was animistic, meaning they believed that spirits could inhabit objects, such as rocks, Lelemia Irvine, a native Hawaiian activist tells PEOPLE. “Kāne is one of the four main akua (gods) in Hawaii. Pōhaku, or stones, are considered one of his many kinolau. Kinolau is the many bodies that an akua can embody or have,” explains Irvine.

The stone that Lawrence knocked over was “maybe a little bigger than a basketball,” says Haiku, who was on set that day. “It did go down a hill, and almost hit a sound guy and his cart, which freaked everybody out.” 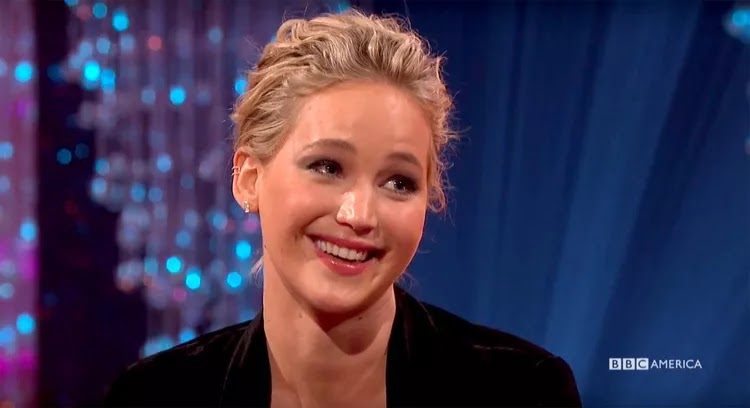 Haiku adds, “I’m the one who did the cultural briefing on set and I told her and the whole production staff not to sit on the rocks. I did kind of scolded everyone in the area to be more careful. I actually had them take the rock and put it back up the hill. We were pretty serious about it, but they seemed to think it was funny. Fortunately, this rock was not part of the burial site.”

The state’s film office is looking into the Hunger Games incident to determine if any damage was done to the site. “We’re looking into that right now because there’s an issue of cultural sensitivities for Hawaiians,” says Donne Dawson, the Hawaiian state film commissioner. “If this was an actual disturbance of a culturally sensitive area like a burial site, there could be other concerns. Film companies need permits to film in culturally sensitive areas, and they need to abide by the terms that were given.”

In addition, Dawson notes that the Waimea Valley is a “very, very culturally sensitive and significant area.”

Moving forward, Dawson says the film office is “engaged in developing a cultural protocol guide, which would be very instructive and helpful to producers in helping them understand the native culture, history and culturally sensitive sacred sites. We want to assist them in navigating those sensitivities, so they can more successfully execute their productions.”

Lawrence seems to have gotten the memo.

Dawson and others hope the incident helps outsiders understand that Hawaii is far more than a place to hit the surf. “It’s important for people visiting Hawaii, and certainly film producers, to understand that the native Hawaiian community is alive and well,” says the film commissioner “Although our kingdom was overthrown more than a century ago, a lot of what we’re experiencing now is a result of what happened to native Hawaiians all those years ago. It’s important for people to understand why these things are considered so egregious to native Hawaiians.”