She is an Oscar-winning actress and now Cate Blanchett is adding series creator to her list of accomplishments.

Stateless is streaming on Netflix on July 8, and the Blue Jasmine actress stars and executive produces the series.

Blanchette takes a minor role in the series, originally airing on ABC in Australia, that focus on The Handmaid's Tale actress Yvonne Strahovski.

When their lives collide, they are pushed to the absolute brink of their sanity, and surprising connections begin to form. 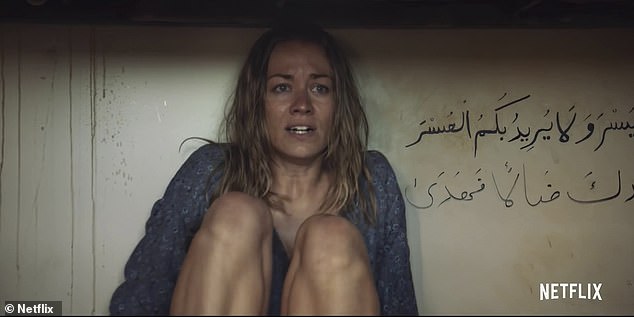 Strahovski stars as Sofie, a flight attendant who is detained in the immigrant detention center while fleeing a cult run by Gordon (Dominic West) and Pat (Blanchett).

Sofie is pushed to the brink while held in the center, in the middle of the Australian desert.

As she searches for a way out, many in the center look to her to bring light to the situation.

'People will be very interested in you. They will want to know why someone who looks just like them is trapped in a place like this,' an activist tells her.

The cult is tight-lipped about her escape as her family searches to find her while she is being held by the government.

Blanchett makes just a few second appearances in the trailer while standing by West's side.

Life in the detention facility is grim, many of those held are immigrants from the Middle East, believing the reason they are held is that they are shown as 'terrorists,' and are shown to be beaten by guards. 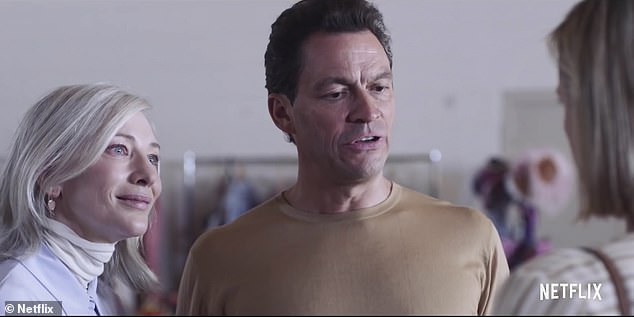 'Australia's detention regime is a reflection of our highly developed migration system. Enabling us to determine the identity of asylum seekers and the legitimacy of their claims for protection,' one character says in voice-over, speaking of why the system was created.

Another says: 'people are dying, families are being destroyed

Netflix sealed the rights to the series before the Berlin International Film festival, where the six-part series premiered in February.

According to the Hollywood Reporter, the show was inspired by Cornelia Rau who was German and a permanent resident in Australia when Rau was unlawfully detained in 2004.

'The issues addressed in the series have universal resonance but have been cloaked in silence and muddied by fear and misinformation,' Blanchett and her co-creators Elise McCredie and Tony Ayres said in a statement. 'Our hope is that Stateless will generate a global conversation around our systems of border protection and how our humanity has been affected by them.