Lisa Bonet 'didn’t seem incredibly surprised about the rape allegations toward her one-time co-star Bill Cosby, according to her daughter Zoe Kravitz.
Zoe, Lisa's 28-year-old daughter with rocker Lenny Kravitz, told Allure that she felt her mother, who played Denise Huxtable on The Cosby Show from 1984 until 1991, was 'bummed' out as details of the scandal emerged.
'I don’t think she wants to hear about anyone being abused, especially by someone she spent so much time with,' Zoe told the publication. 'It feels s----y. You want to shower.'
'She’s just as disgusted and concerned as everyone else is, but I don’t think she has any insight,' Zoe said in the interview. 'It’s news to her as well.' 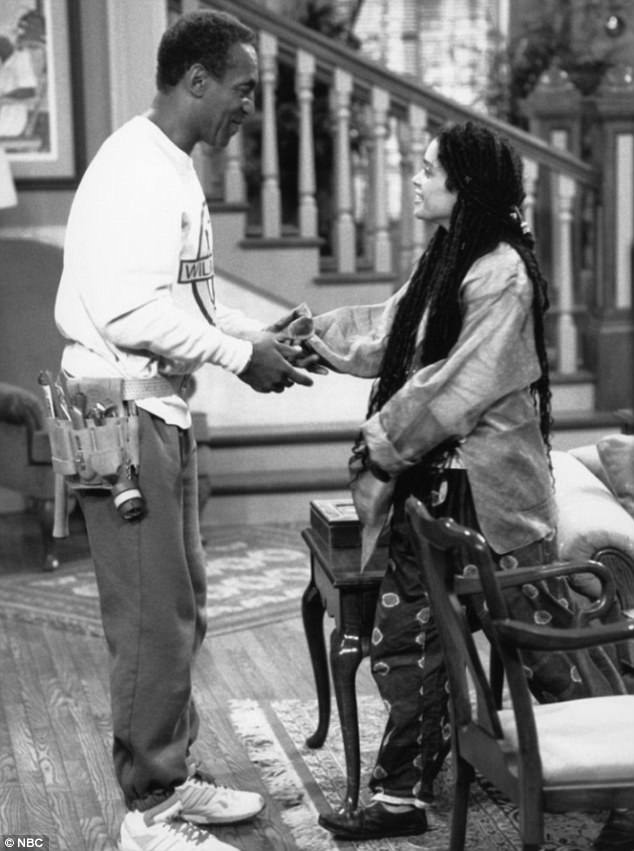 Zoe said that she understood why many were interested in a reaction from Bonet, who has stayed publicly mum on the topic.
'She was on the show for a long time,' Zoe said. 'She’s also a beautiful woman. It makes people wonder.
She said that her mother is a very straightforward person,' and that 'if there was something she felt the world needed to know that would help this case or help any women who had been abused, she would say something.'
The new comments from the Big Little Lies beauty came as Cosby - who played Dr. Heathcliff 'Cliff' Huxtable on the NBC sitcom - said that the pile of accusations of sexual abuse against him 'could be' racially-driven, after his daughter Esna asserted that 'racism has played a big role in the proceedings, adding they've been dogged by 'one-sided' accusations.
'There are so many tentacles' in the situation, the 79-year-old comic told Sirius XM Monday. 'So many different - "nefarious" is a great word - and I just truly believe that some of it may very well be that.'
Cosby next month goes on trial in his native Philadelphia in a 2004 incident in which a Temple University worker named Andrea Constand said he drugged and sexually assaulted her. He has pleaded not guilty to the accusations.
Jury selection commences May 22, with the trial, projected to last two weeks, beginning June 5.
Next Post Previous Post
Celebrities Gossip