She's the Grey Anatomy star who was recently named as TV's highest-paid actress - earning a whopping $575,000 per episode.

And Ellen Pompeo was seen enjoying her hard-earned money on Thursday.

Strolling around Beverly Hills, the makeup-free 48-year-old was photographed with her husband Chris Ivery, 51, shopping at Dolce & Gabanna after lunch at E Baldi. 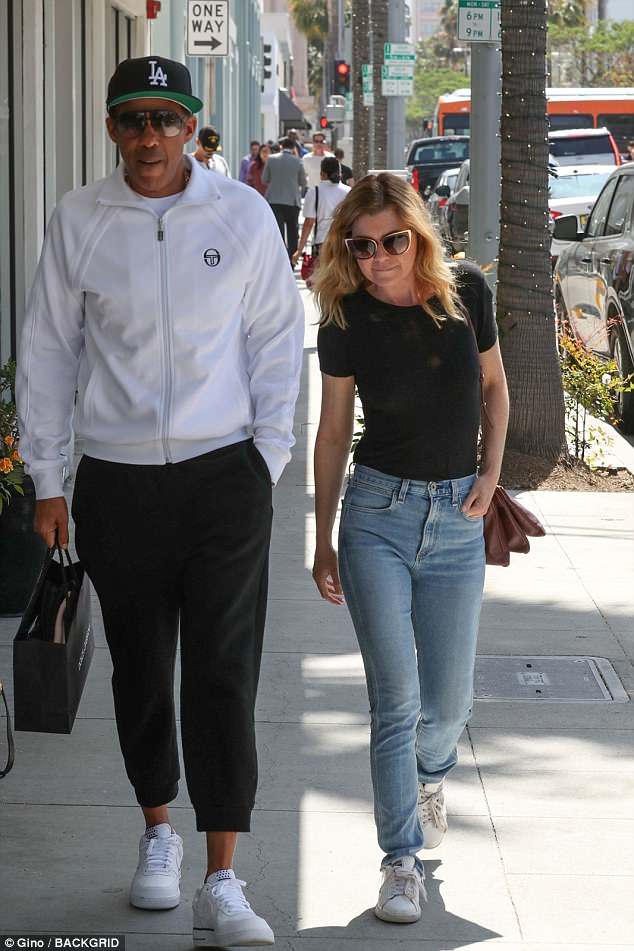 Ellen accessorized her day out of scrubs with cat-eye sunglasses and had her blonde locks styled into loose curls.

He donned black track pants and a white jacket.

The music producer kept a low profile with an LA cap and tinted shades.

It was also revealed that the main star Ellen would be cashing in $575,000 for each of the 24 episodes.

Speaking to InStyle magazine, she gave her tips on how to negotiate a raise.

'Ladies, when asking for a raise, always start with the positive. A compliment is nice,' she advised.

'I deserve X because of Y and Z. You know, you gotta have reasons - you gotta have the stuff to back up what you're asking for and why. Numbers always help.'

However, the veteran actress also revealed that when asking for what you deserve, if you don't get it, you have to be willing to walk away.

The only time you ever really have power in asking for anything is if you're willing to walk away she continued.

Along with her grueling schedule, Ellen is also mom to daughters Stella Luna, eight, Sienna May, four, and Eli Christopher, one.