American actress Hailee Steinfeld joined us to talk about her teenage self, and we found out that her celebrity teenage crush was none other than the Jonas Brothers! She also revealed what embarrassing things her parents found her doing, and what was her most used teenage slang.

The singer opened up about who she really fancied as a teenager, admitting that she was a big fan of the Disney film Camp Rock, starring Demi Lovato and Joe Jonas. Hailee admitted, "Camp Rock, which meant Jonas Brothers, which is awkward! 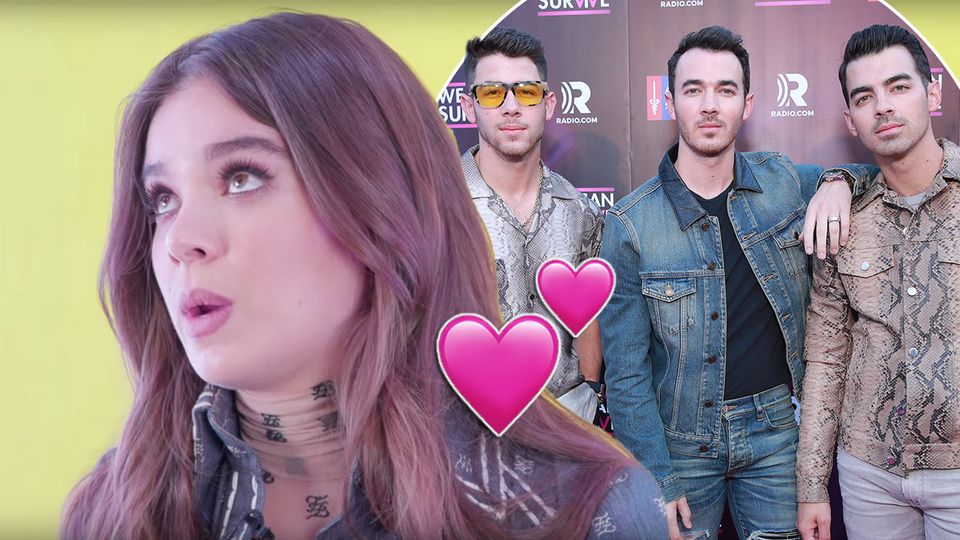 "I had one magazine and got excited and they had all the posters in there, so I put them up. I taped them up in my closet, and then got sick of it real fast, you know," she joked. "I didn't, they were there for a while."

Hailee also opened up on where she had her first kiss, jokingly recounting the moment she said, "OK, so, we were sitting on the couch, joking, talking, whatever... It was time for him to go home, so I was walking him out. And you know, it was like the tension had been building the entire night.

"And I was definitely like, he's going to have to kiss me, or else, I'm out."

She went on to say, "He kissed me. It was right by the front door, which I learned was such a bummer." Explaining that in the end, she didn't like him and every time she walked through the door it reminded her of him! Oops!

As well as a successful singer, Hailee is also known as an actress, having starred in Pitch Perfect 2 and 3, as well as True Grit and Romeo & Juliet. The 22-year-old is now set to appear in a brand new series on Apple TV+ called Dickinson.

Dickinson is a new American period black comedy about Emily Dickinson, an American poet, with Hailee playing the lead role.