The 46-year-old actress – who is often snapped attending church alongside her children and ex-husband Ben Affleck – had somehow tucked her dress into her pants and had she not ‘felt the breeze’ bestowed upon her butt in that situation, well, think of the children!

‘My skirt got caught in my panties at church a couple of weeks ago and I almost walked into the congregation after going to the restroom with full biscuit showing,’ the actress recently told PEOPLE. 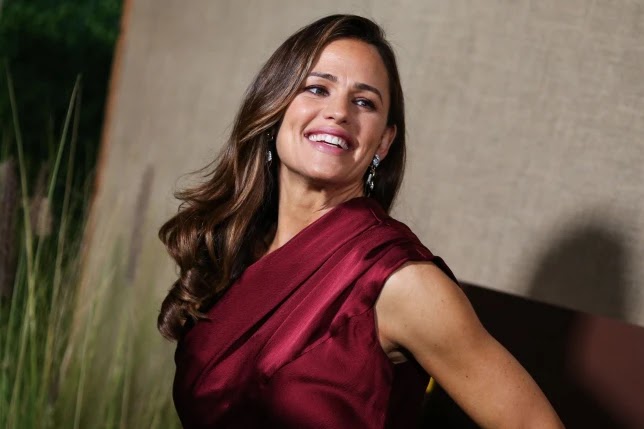 Playing it safe in a sweater recently, the mother-of-three wore her heart on her chest not long after finalizing her divorce from the Batman star.

Making her way to a nearby boxing class in Brentwood, Los Angeles, the 46-year-old actress paired casual activewear with a dark grey sweatshirt bearing the graphic of a broken heart.

No broken hearts for this actress, however, who has apparently moved on in her love life after finalizing her split from Ben.

She has reportedly struck up a romance with 40-year-old businessman John Miller.

A source told UsWeekly the relationship was ‘getting pretty serious’ back in October, with a second claiming Jen ‘brings out the best in the CaliGroup CEO.

‘He is the happiest he has probably ever been,’ the insider added. ‘It’s a loving, healthy relationship.’