Twilight alum Kristen Stewart discussed her 'freak casual' sense of style and other topics on Thursday's episode of First We Feast talk show Hot Ones.

Unlike other guests, the 29-year-old César Award winner opted to eat her increasingly hotter cauliflower wings with a fork and knife in small bites.

Host Sean Evans read a quote from GQ describing Kristen's style as 'a combination of luxe and grunge putting Vans Old Skools with a ripped Beastie Boys T-shirt and a Chanel grail.' 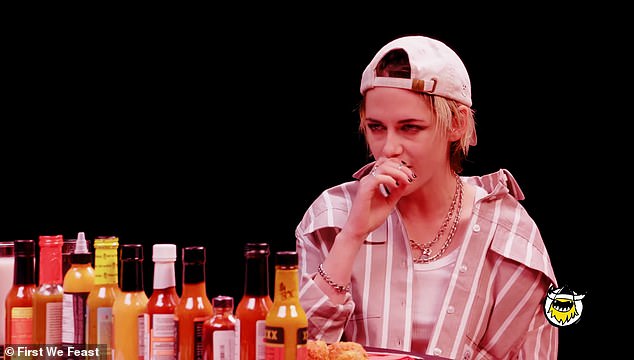 I just thought it was funny, like, somebody who wouldn't normally be super exposed, I felt like a naked mole rat on that show,' Kristen explained.

Stewart was born and raised in the San Fernando Valley, and she recalled making fun of her brother for attending Calabasas High School rather than Taft Charter High School.

'To me, nothing against Calabasas. But if you wanna be cool, a little less deep Valley is, to me, cooler,' the former child star noted.

'But I don't know! I feel like I'm talking shit about Calabasas and I am in no way... Calabasas is sick. Do you know? I just had a little bit [affecting voice], "Ooooh you're from Calabasas? Dope."'

Kristen recalled the time she starred in the Rolling Stones 2016 music video for Ride 'Em On Down - an experience she called 'really embarrassing.

I had to pole dance a gas station thing,' Stewart said.

'I had my friends dancing off camera so I didn't feel like no one was watching.'

In the most surprising moment, the homeschooled millennial unveiled her loquat crumbled recipe and revealed how she does urban foraging to get the rare fruit. 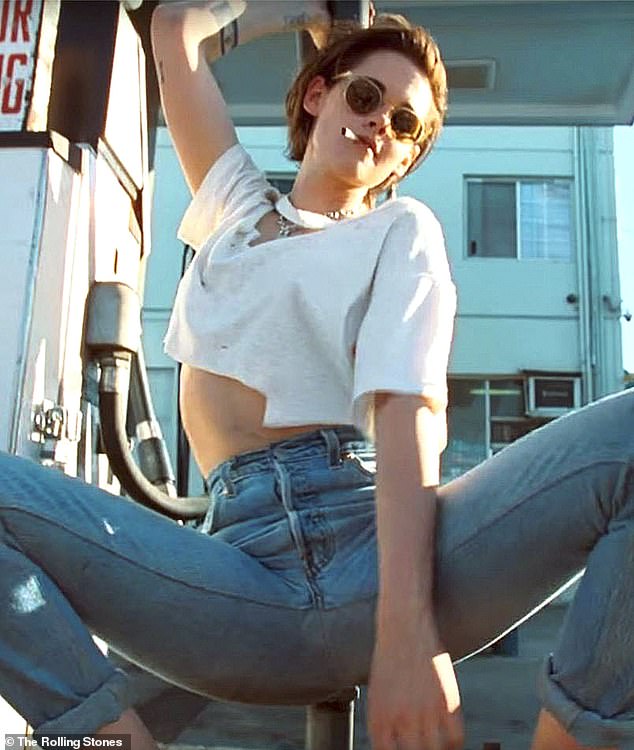 'I'm always scared, I go at night because I don't want anyone to come out and be like, "Get off my lawn!"' Kristen laughed.

'Here's the thing: Together, we are stronger and hotter so I feel like this is going to be good,' the platinum blonde declared.

Kristen said she thought Ella was the most like her character in the the feminist action flick.