It’s easy to love today’s birthday girl. Kristen Stewart is gorgeous, smart, and a sleek brand ambassador for Chanel. Her acting skills are also seriously intimidating – forget Twilight, it’s Personal Shopper and Adventureland that made us take notice of her. So why is it that every time we see Stewart on the red carpet, she looks so awkward? Like she would rather be anywhere but there? First, let’s clarify something: we’re not hating. 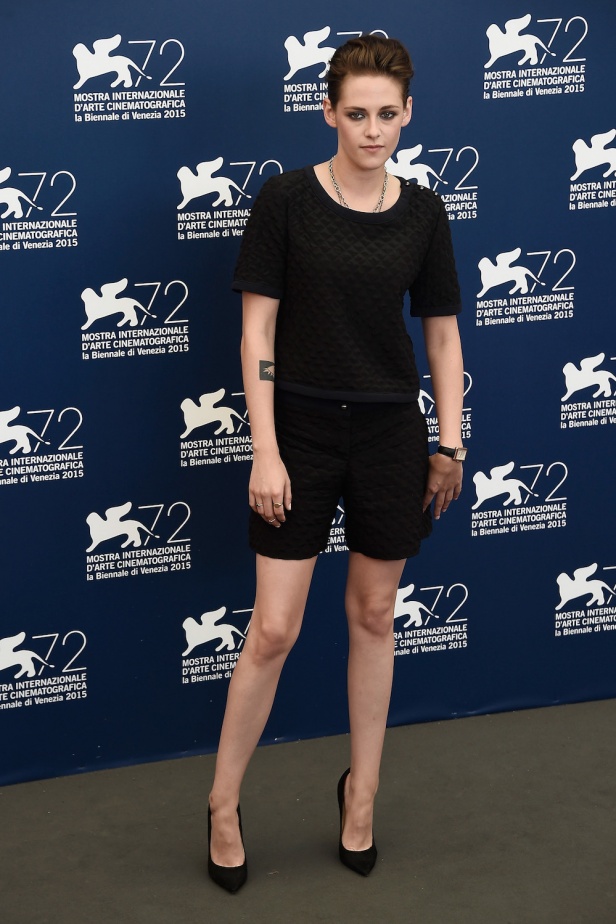 In fact, we’re utterly charmed by her lack of pretense, her intense levels of self-awareness, and her refusal to meet the typical standards when it comes to posing on the red carpet. Her slouchy posture, pigeon-toed stance, clenched fists, and barely veiled grimace speak volumes about her comfort level in the spotlight – or complete lack thereof. She’d rather not be the center of attention, and that is abundantly clear by the sheer volume of photos of her looking awkward on the red carpet. Without speaking, the actress frequently conveys annoyance at the media circus happening in front of her, because of her. This may seem strange for an A-lister of her magnitude, but Stewart’s gravitas and gawky demeanor speak to her human agency.

She’s not a prop, she’s not an object, and she won’t conform. While everyone around her is plastered with cheesy grins, greeting the paparazzi with shoulders back, hand on hip, and knee dipped slightly, Stewart slumps and glowers. Sometimes, she manages a lopsided grin or a small wave that says, “Okay, I’ve done my part. Is it over yet?” Given how cookie-cutter Hollywood celebrities have become, we find her public appearances to be refreshing, mostly because if we were in the same position, we’d act exactly the same way – and that’s why we’ve rounded up some of our favorite (read: most awkward) Kristen Stewart red carpet moments in the gallery, below.